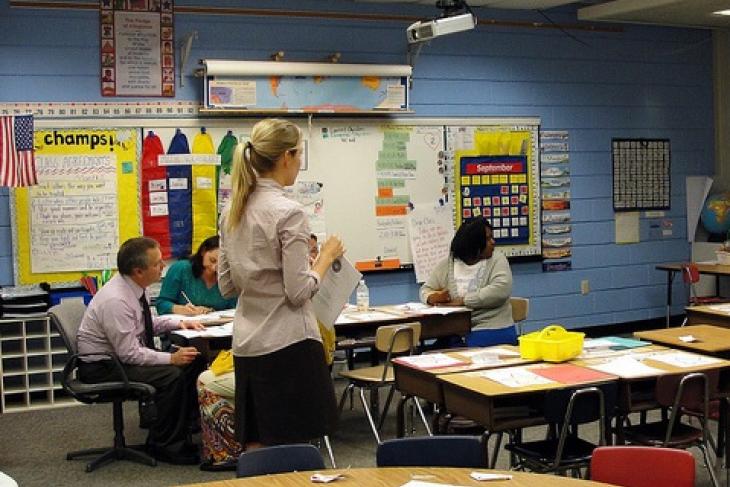 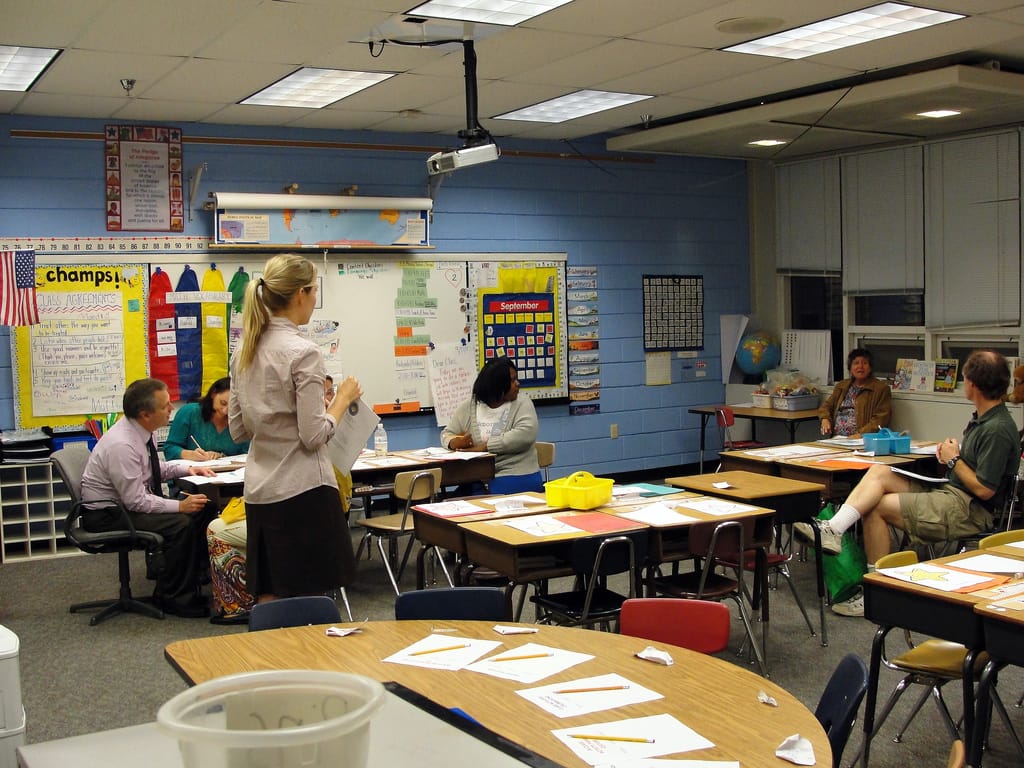 It was back-to-school night last week at my son’s elementary school in Montgomery County, Maryland, which meant that we moms and dads got a first look at “Learning for the Future: A Parent’s Guide to Grade 1 Curriculum 2.0.” (I would link to it online, but it’s not online, ostensibly to protect its value as a commercial product. [UPDATE: The parents' guide actually is available here, as the good folks at MCPS kindly pointed out.] Several years ago, MCPS sold the curriculum to Pearson. Which is rather bizarre, but that's a subject for another post.)

Let me start by saying that MCPS does a lot of things right. My son’s teacher, who has her own classroom for the first time this year, seems great (and graduated from one of the best teacher prep programs in the country, according to NCTQ). She also gets a ton of support from her fellow teachers, and from the central office, which is simply not available in the typical American school. (And that is the sort of support that both Dana Goldstein and Elizabeth Green called for in their recent books.) Most importantly, MCPS has a curriculum, which, surprisingly enough, is an anomaly for public school districts. (Many districts, especially the itsy-bitsy ones, hand out textbooks and call it a day.)

The problem is that the MCPS curriculum—at least what I’ve seen so far, which means Kindergarten and first grade—is weak when it comes to content in science, and extremely weak in history.

Consider the social studies content that my son is expected to learn this year:

People who study education for a living understand what’s going on—this is straight out of the standards promulgated by the National Council for the Social Studies, a professional organization that has long prized such “conceptual understanding” over “rote facts and figures.”

Yet the NCSS lost a big battle in 2010 when the Common Core State Standards explicitly called on schools to adopt a content-rich curriculum, with the 57 most important words in education reform:

“By reading texts in history/social studies, science, and other disciplines, students build a foundation of knowledge in these fields that will also give them the background to be better readers in all content areas. Students can only gain this foundation when the curriculum is intentionally and coherently structured to develop rich content knowledge within and across grades.”

Montgomery County claims that Curriculum 2.0 is aligned to the Common Core—always a dubious assertion considering that both documents were finalized in 2010. Clearly, when it comes to content, at least in the elementary grades, MCPS has missed the boat.

So what could first graders be doing if challenged with a truly Common Core-aligned and content-rich curriculum? Consider the Engage New York English Language Arts Curriculum, whose “sequence of domains” for Grade 1 includes:

Finally, some specifics! Some content!  Some acknowledgment that we don’t have to wait until kids can read before teaching them about how the world works!

I’m fortunate to have the resources to supplement what my son is getting in MCPS; we can read about these topics at home and even watch carefully selected videos about them. But the lack of content is a significant barrier for the district’s lower-income students, who are going to struggle with reading comprehension unless and until they learn about the worlds of history, science, literature, and more. What will it take for MCPS and other districts to grasp this fundamental lesson from cognitive science? (Maybe plummeting proficiency levels, a la PARCC, will be a wake-up call.)

Montgomery County has plenty of “capacity.” It has a robust curriculum department. And it claims to be committed to the Common Core and to narrowing achievement gaps. Adding real content to Curriculum 2.0, starting in the early grades, is eminently doable. So let’s do it!