Montgomery County, Maryland, talks a good game on “equity.” Now it has a chance to walk it, too. 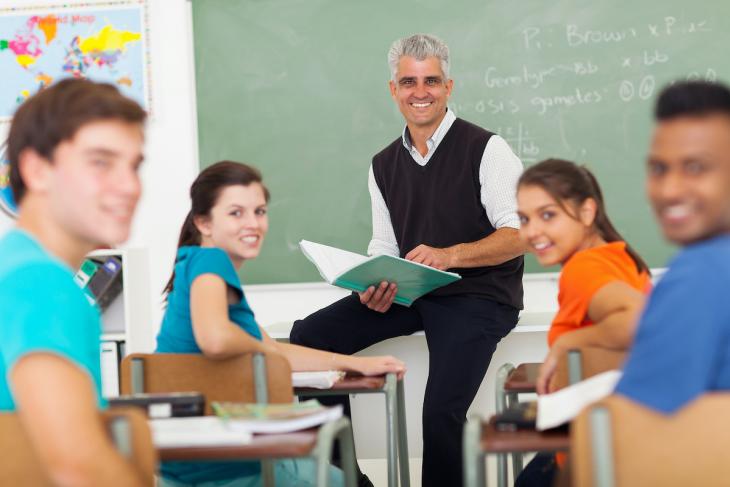 There’s been a lot of talk about racial equity in Montgomery County as of late. It is motivated in part by a disturbing “racial equity profile” released in June, which shows dramatic disparities between white and Asian residents and their African American and Latino counterparts in employment, health, education and many other domains.

If leaders want to do more than engage in virtue-signaling—and especially if they want to make a tangible difference in the lives of families of color—they have a rare opportunity to put their money where their mouth is. That’s because the county’s teacher contract is up for negotiation—and it could be the most effective mechanism for driving better outcomes for Montgomery County Public Schools’ black and brown children. That is, if the union and the school board are willing to pay teachers more to serve in the county’s highest-need schools.

It’s clear that equity and achievement gaps are on the minds of county officials. The entire Montgomery County Council recently introduced the Racial Equity and Social Justice Act, which, according to The Post, seeks to “correct racial inequities through government policy.”

The school system is stepping up its focus on equity, too. Last spring, Superintendent Jack Smith introduced a new Equity Accountability Dashboard to highlight achievement gaps at the school level, with the goal of “reducing disparities in performance among all student groups.” He and his team are also working hard at expanding gifted and talented programs for low-income students and increasing access to Advanced Placement courses. This builds upon MCPS’s long and proud history of driving additional resources to the system’s neediest schools, in the form of smaller class sizes, extended day programs and free preschool.

Perhaps the most promising recent development is the launch of a new advocacy effort in Montgomery County, the Black and Brown Coalition for Educational Equity and Excellence. At a community meeting last month attended by hundreds of activists, the coalition called for MCPS to take a number of actions, including providing “incentives to recruit and retain strong teachers and principals in high needs schools.”

A new study on Montgomery County by Education Resource Strategies found that “higher-need schools have lower average teacher compensation and a higher percent novice teachers than lower-need schools.” (This is hardly a new problem or unique to our region.) At the middle school level, for example, affluent schools pay their teachers $9,000 more on average than high-poverty schools do. That difference is driven by the fact that disadvantaged schools have twice the proportion of new, lower-paid teachers as rich schools do (20 percent of all teachers versus 10 percent). Given that new teachers tend to be less effective than experienced ones, this “teacher quality gap” could explain a significant portion of Montgomery County’s achievement gap.

The good news is that there’s a proven, common-sense strategy to draw more effective and experienced teachers to the neediest schools: Pay them more. For instance, a rigorous federal study of the Teacher Transfer Initiative found that $10,000-per-year salary increases were extremely effective at encouraging teachers to take positions at high-need schools and led to improved teacher retention and, in some grades and subjects, improved student test scores. Other studies reach the same common-sense conclusion that pay matters, even more modest amounts, though the strategy seems to work best if the extra pay is baked into regular salaries rather than provided as bonuses.

Happily, dozens of large school districts nationwide provide this sort of “differential pay” for teaching in tough schools, according to the National Council on Teacher Quality. The best example is in our own backyard, in the District of Columbia Public Schools, where the most effective teachers can earn up to $20,000 a year more for teaching at the neediest schools. This is surely one reason that DCPS has become such a formidable competitor of MCPS when it comes to recruiting teacher talent, including highly skilled teachers of color.

Yet Montgomery County doesn’t offer a single extra penny to teachers assigned to the district’s toughest schools—those serving large proportions of kids living in poverty who often come to school with unmet needs and below grade-level proficiency. Instead, its current salary schedule, negotiated with the teachers union, offers extra pay for earning master’s degrees and graduate credits. For example, a ten-year teaching veteran earns almost $6,000 per year more if he or she has a master’s degree and almost $15,000 a year more for the equivalent of a doctorate. Multiple studies have found that these lofty credentials don’t seem to make teachers any more effective outside of a couple of fields.

There’s a fresh opportunity, though, given that the union contract is now under negotiation, and a few small changes could make a big difference for the county’s kids of color. Here’s a modest proposal: Grandfather all current teachers into the traditional salary schedule, but tweak it for new teachers going forward. Shift some of the money that is now paid for master’s degrees and the like and use it instead for salary increases for teachers who take positions at the toughest schools. Even better: Put resources into improving working conditions at those schools as well.

The message to the teaching force would be clear: If you want to max out on Montgomery County’s salary scale, you need to teach the students with the greatest needs. And to the community the message would also be clear: We value equity, and we’re not just saying so. We actually mean it.

Editor’s note: This essay was originally published by the Washington Post.