Moms and choice: An interview with Abigail Hasberry from San Antonio, Texas 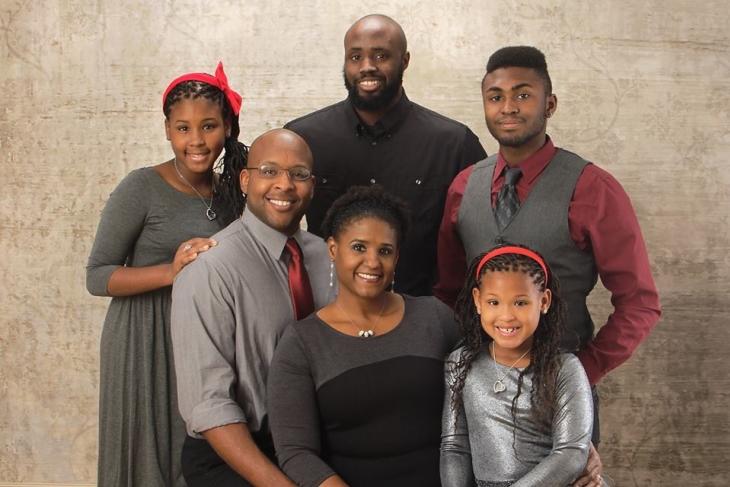 This is the third in a series of interviews called “moms and choice,” in which I talk with mothers who—because of issues like bullying, weak academics, poor instruction, insufficient special education services, or a belief that a kid may simply do better elsewhere—chose a different school for their sons and daughters. Their stories are all different, but there is a common thread that runs through them: Their children were not getting what they needed—or deserved—and staying where they were became untenable.

How did school choice become an important issue—and cause—for you?

I am an African American woman who was adopted by a white family at infancy. My mother was a secondary, private school, English teacher, and my father was a college professor who wanted to teach, not research. As a result, we moved a lot. Going to small private schools with my siblings and my mom made those moves a little easier for me. We were a unit on an adventure together; and we conquered each move as a family. Things were always a little harder for me, though. I was not only the only Black person in my family, I was also the only one, or one of a few, at my schools. In 1984 we moved from Miami to a suburb of Baltimore. My mom accepted a teaching position at a private, all-girls school. I was given the choice to enroll there or attend the neighborhood school. I was an introvert, but I did like to socialize. I was an intellectual, but I loved sports. I would be new to the state and wouldn’t know anyone in my neighborhood. I wanted to explore my Black identity and I was interested in dating Black guys. Although I knew that the education would not be as rigorous, the other opportunities that would develop my identity and round out my life experiences led me to choose to attend the traditional public school. I didn’t know it then, but this choice would shape my belief in education for my own kids and for students across the nation.

The public school outside Baltimore was 30 percent Black, but I was the only Black girl in my honors’ classes—and if not for my mother’s demands that I be placed in honors classes, I likely wouldn’t have been in those higher-level classes either. I knew with certainty that my black friends were just as smart as I was. I also knew that they had been robbed of the opportunity to take the harder classes.

When we moved to a different district, the academics, again, were just not even close to what I had in private school. We were literally reading the same books as juniors and seniors that that I had already read in seventh grade. I wouldn’t have used the words “school choice” at the time, but I definitely understood that I had options that other kids did not.

When I began my career as a teacher, I did not consider teaching in public schools. I recognized that my public high school education had not prepared me for college as well as my private middle school education had. I blamed the lack of diversity in private schools for my choice to attend public school, and I was determined to help better integrate private schools so students of color would not feel the same need to leave their private schools in order to “find themselves.” I was the champion for students of color. I attended diversity meetings, introduced culturally relevant practices, and attended recruitment fairs as the face of color for future teachers and families. I took on the role of the Diversity Coordinator, and I became the representative of the minoritized. At that time, I believed that school choice was about getting into “the best school,” or the most rigorous school, which I believed were the predominantly white and affluent private schools. I didn’t realize, until I had my own children, that I was perpetuating the American ideal that white and affluent was better. I looked at my high school choice as a sacrifice, when, in fact, it was a saving grace that helped to later shape me into a confident, self-loving, Black woman and mother.

I married a military man, which meant many moves and many school decisions. We have three children, and their very different needs have further confirmed for me the importance of parents having options. My son is an introvert, like me. He attended the private schools where I worked. It helped him feel secure and gave him confidence. My son is also very athletic and easy going. In secondary school, he was a good fit for the traditional public schools in our neighborhoods because, after moving so much, he liked having neighborhood friends and teammates close by. He did not need smaller classes or daily individualized attention. He needed teachers who cared about him and diverse friends and activities where he could thrive. I didn’t have to search out the “right school” for him.

Why did you decide to make a change?

My oldest daughter is very different. She was fine until middle school, when it became clear she needed a school that would push her and hold her feet to the fire. I realized that she is a lot like me and will earn a B whether she is in an honors class or the lowest-level class. She didn’t want to be noticed. I knew that she would be tracked into mid-level classes but also knew that she could handle the work of honors and that she needed that extra push. She needed a small environment where she wouldn’t fall through the cracks. She needed to be in a school where everyone knew each other and there were high academic standards for every child. She needed a safe environment where people would hold her feet to the fire, and not let her fade away. We chose a high-performing charter school for her in middle school, a school that put everyone in Pre-AP and AP classes and where I actually became the assistant principal and then principal after choosing the school for her. The school worked really well for my daughter through ninth grade, but things changed at the start of tenth grade. Her friends were all starting to get boyfriends, and my daughter began to wonder if she, one of just a handful of Black girls in a school with no Black boys, was pretty. I literally heard my own teenage voice coming out of my daughter. She returned to the public high school in tenth grade, but by that time, they saw her as an honors student because of her preparation from middle school. She is about to graduate a year early.

My youngest daughter is totally different than her older sister. She is a fearless go-getter who is comfortable no matter where she is. We enrolled her at the same charter school as her sister, where I was, at the time, the principal, but we are now considering other options to lighten her homework load. She is an elite soccer goalie, and the amount of practice and travel does not allow for the heavy workload she is currently carrying. The local district school also may offer greater competition and exposure for her as an aspiring college athlete. School choice looks totally different for her because of soccer.

What advice or wisdom do you have for parents?

I would tell parents to look closely at policies and procedures. And the philosophy and practices around discipline. Do you have a child who is really active? Then maybe silent hallways isn’t the right fit. In my presentations at Info Nights as the head of school, I was very specific about homework load, dress code, discipline. I wanted parents and students to make a choice based on facts, not on fad. Schools have very different philosophies, and parents need to be looking at that and not assuming that every school outside the district will be the same or even better for their child.

Lastly, I would add that the lessons you learn about your children during their K–12 years also transfer to decisions about college and will serve you well in that process. That message of school choice should carry on to college. The “best” school in the eyes of U.S. News or your competitive neighbor very well may be a terrible fit for your own son or daughter.

School choice means the freedom to choose the best environment for your child’s social, emotional, academic, and situational needs. The choice may change from stage to stage, and from child to child, but it must be rooted in a deep understanding of your child and the local options. School choice is about great parenting, advocacy parenting. It is your right and your duty to ensure that your children have every opportunity to bloom. And when there are no good options, it is your right to demand them, by any means necessary.