Moms and choice: An interview with Maureen Kelleher from Chicago, Illinois 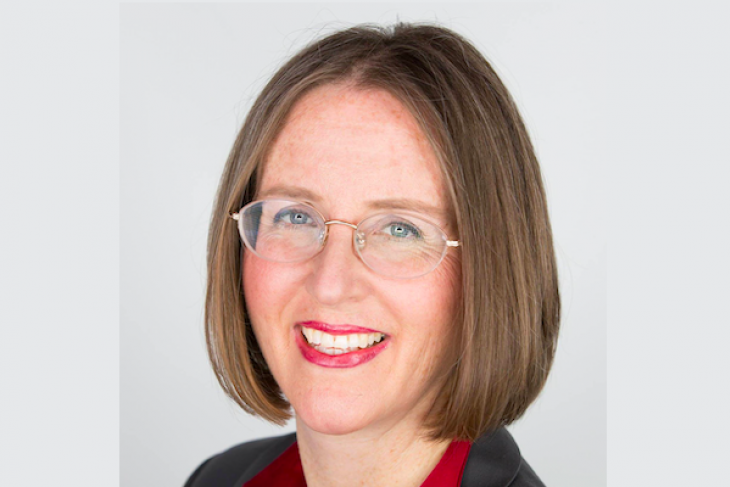 This is the second in a series of interviews called “moms and choice,” (the first can be read here) in which I talk with mothers who—because of issues like bullying, weak academics, poor instruction, insufficient special education services, or a belief that a kid may simply do better elsewhere—chose a different school for their sons and daughters. Their stories are all different, but there is a common thread that runs through them: Their children were not getting what they needed—or deserved—and staying where they were became untenable.

This interview is with Maureen Kelleher, whose daughter began her education at a local charter school in Chicago, Illinois. Maureen is a senior writer and editor at Education Post, who previously spent a decade as a reporter, blogger, and policy analyst.

How did school choice become an important issue—and cause—for you?

In today’s Chicago, school choice is the reality for many families, especially when kids are in high school. About three-quarters of Chicago high school students choose a school that isn’t their neighborhood high school, and increasing numbers of families are choosing somewhere other than their zoned neighborhood school.

There’s actually a lot of push here from parents to make sure that the zoned neighborhood schools are strong choices for parents, because people are tired of crossing their fingers and putting their children’s futures into a lottery application system or testing their four-year-olds to get into a selective-enrollment elementary school for high-scoring kindergartners. In Chicago, the public push is to make sure that every neighborhood school can be a school of choice for families and not a school of last resort or worse.

I feel very lucky to live in a neighborhood that has some strong neighborhood schools—one three blocks from my house—and where the community won a brand-new high school just five years ago. My daughter currently attends our neighborhood elementary school, but it wasn’t where we started and it might not be where we spend the rest of her elementary years.

When my daughter started kindergarten, our family’s highest priority was to find a school with a strong English-Spanish dual-language program. We had sixteen schools on a spreadsheet—district, charter, and parochial—and kept track of all the acceptances and wait-list calls. Even after school started, it took a while to land in the right place. My daughter attended three different schools in the first half of kindergarten, but she landed at a dual-language charter school near our home and we were very happy there until the beginning of fourth grade, when we had to make a move home to our neighborhood school.

What was not working?

While we were very happy with the community and the dual-language program, the school’s math instruction was a weak point, and I got frustrated. I could see her performance on standardized tests plunging and the beginning signs of math phobia. More broadly, I felt she wasn’t being challenged to her full academic potential beyond math, too.

Why did you decide to make a change?

It really hurt to make a mid-year decision to leave the school we loved. At the same time, I was very concerned that she wasn’t being challenged academically, especially in math. I feared she would never regain the lost ground in math if we didn’t nip the problems in the bud without waiting any longer.

It also helped tremendously that I knew our neighborhood school was a quality choice and has an outstanding reputation in math. We decided it was worth it to sacrifice Spanish-language instruction this year while we she regains ground in math. We’re now investigating dual-language schools, and other possibilities, for next year. We’ll see where we end up.

How much were you aware of school choice before the situation with your daughter reached a crisis?

I’m probably hyper-aware of school choice and our options since I’ve been following schools in Chicago for a long time. In some ways, being a mom who knows the local schools for a living gives me a lot of power. I always have a backup plan or an idea of where else we could go if things don’t work out at the school she’s in. And in other ways, it’s really hard. My challenge is to remember that no school is perfect and there will always be something in the school experience that I’m not completely satisfied with. And it’s OK for my kid to have struggles and less-than-perfect school experiences. It’s a matter of setting priorities and checking in with her to make sure she feels the right balance of challenge and support that will allow her to thrive.

How has your family benefitted from school choice?

Having the option to put our daughter in an English-Spanish dual-language program has been a huge asset for our whole family. Her dad works second shift and my Spanish isn’t strong enough to keep her truly bilingual. Being part of a dual-language school has been essential in maintaining and strengthening her language and cultural ties with Mexico, where half her family lives. Last summer she and her dad spent ten days with his family and she was able to speak with her great-grandmother. If she had gone to our neighborhood school starting in kindergarten, I don’t think she would have had the language ability to make the most out of that kind of experience.

What are your takeaways and advice for parents?

Kids’ needs change, and so do school cultures. Sometimes the school you loved when they were in kindergarten isn’t the greatest fit for them as they get older. It’s possible—especially in a school system where kids, theoretically, stay in the same school from kindergarten all the way through eighth grade—that you might have to make a change which the system isn’t set up to help you with.

It’s important to know what school options are available and have backup plans ready in case you need them.