In memory of Robert Kern 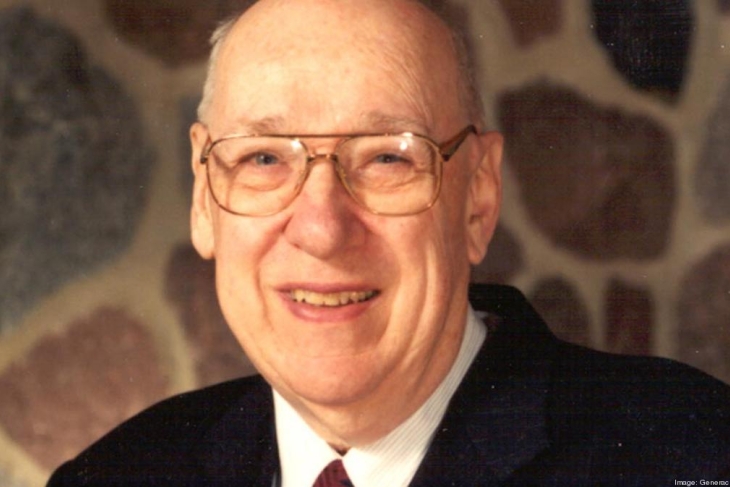 We mourn the passing of Robert D. Kern at 96, even as we recall some of the great good he did—and our encounters with him.

“Mister Kern,” as everyone but family members always addressed him, could be formidable. He was plain-spoken, tough-minded, and far more interested in facts than theories. His own long career as a highly successful engineer and businessman no doubt inclined him in that direction. So did his solid midwestern roots.

He was the opposite of fancy. Grantees and grant-seekers summoned, as we sometimes were, to present their case (or findings) to him—and, until five years ago, to Pat (Mrs.!) Kern, his charming and exceptionally keen wife of 69 years—were housed overnight on the Foundation’s expansive but unpretentious grounds in comfortable but plain quarters and often then treated to a tasty but no-nonsense lunch in his presence. (We seem to remember spaghetti.)

He was always gentlemanly, if occasionally brusque, but his questions were tough and basic. What were we think-tankers and policy wonks doing, or hoping to do, that would strengthen America—strengthen people’s character, their faith, their patriotism, their infrastructure? What was our evidence? Why should he invest in this? What real good would come of it?

The Kerns were pillars of their community, employers of exceptionally loyal and able staffers—but did they ever have to perform!—and leaders of a classic, nay paradigmatic, “family foundation.” It wasn’t just named for them. It embodied and extended their family values, and we have absolutely no doubt that it will continue to.

As Bob and Pat Kern had built Generac over decades of hard work, their Kern Family Foundation quietly built strong and durable relationships with key institutions, ranging from the Medical College of Wisconsin to the University of Virginia’s Institute for Advanced Studies in Culture. The “Kern Entrepreneurial Engineering Network” operates in many universities. They also made innumerable project-specific grants.

But don’t look to the Kerns for vague “general-support” type grants! Their support was always skillfully targeted and closely monitored. Grantees must advance the Foundation’s mission, which is to “Empower the rising generation of Americans to build flourishing lives anchored in strong character, driven by an entrepreneurial mindset, and guided by the desire to create value for others.”

We at the Thomas B. Fordham Institute have on several occasions been the grateful recipient of support from the Kern Family Foundation, mostly recently for our review of state academic standards for civics and U.S. history. But they didn’t always say yes when we asked. Our plan had to align with that clearly-stated mission—and almost always we had to convince Bob Kern in person that it was really going to do some good in ways that mattered to him and Pat.  We could also be sure that the Foundation staff would check to see if we really delivered—and if it really did some good.

Yes, we had palpitations in advance of the spaghetti and sometimes afterwards as well. But those polite-but-tough sessions were good for us. And Mister Kern was good for America and for those who come after him. May he rest in peace. We and many others will miss him even as we’re grateful for his life, his work, and his legacy.