Market malfunctions in the charter sector 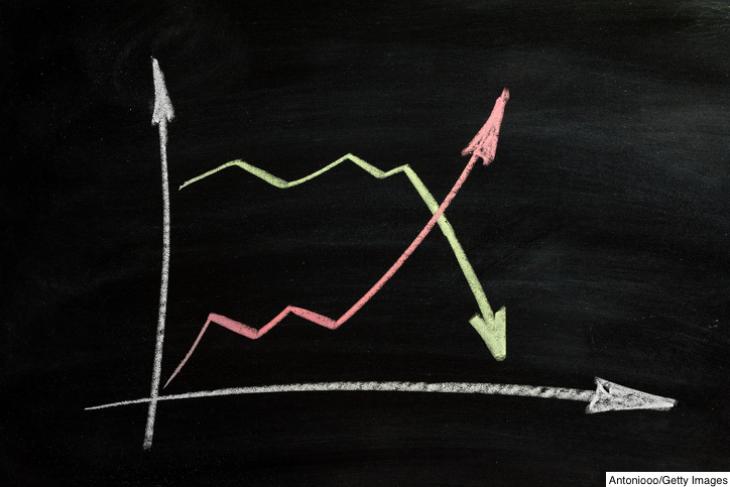 This is the fourth in a series of essays marking the twenty-fifth anniversary of America’s first charter school law. These commentaries are informed and inspired by our forthcoming book (co-authored with Bruno V. Manno), Charter Schools at the Crossroads: Predicaments, Paradoxes, Possibilities, to be published this fall by Harvard Education Press. Read the other essays here, here, here, and here.

Our first essay paid homage to chartering’s origins, a prominent strand of which was the mounting awareness that K–12 education’s “one best system” was not meeting the educational needs of every child. One response, via the policy mechanism that became known as “chartering,” was to create a lightly regulated marketplace of diverse and generally autonomous schools that would strive to ensure high-quality education for all children—especially boys and girls in poverty—and empower families to determine what school best suits their singular needs. That was the theory, and a noble one it was. If only it had worked as well as its architects hoped.

In general, the charter marketplace—where it’s had the freedom and capacity to grow in response to demand—has done pretty well at responding to families’ non-educational priorities, such as safety, convenience, and a welcoming atmosphere. It’s also given rise to an array of fairly diverse schools that align with the varied educational tastes of an ever more diverse society.

Across much of the nation, however, this marketplace has done only a mediocre job of matching supply with demand. In many places, there aren’t enough charter schools; in others, too many schools are chasing too few pupils. Nor has the market furnished reliable quality control. That’s a problem, considering that education is a public as well as a private good and the society that’s paying for these schools needs to focus on whether they’re delivering solid results—even in situations where their “customers” may not place academic achievement at the top of their priorities. (Society should of course do that with district schools, too!)

Our forthcoming book probes the causes of these partial market failures in some depth. Here, we highlight three of them.

Too few (or too many) schools: As rapidly as it’s grown (6,800+ schools at last count), the supply of charters has not keep up with demand in most places. (Estimates of the total waiting list go as high as a million kids.) All sorts of political, budgetary, and statutory obstacles have limited the number, size, and locations of charter schools. In this circumstance, we have a “sellers’ market” in which the “buyers” can’t be too fussy. Many families consider themselves fortunate to gain entry to any charter, regardless of academic performance. As the old saying goes, beggars can’t be choosers. And if you’ve never seen Waiting for Superman, track it down. Truly poignant.

In cities like Dayton and Detroit, however, the extant supply of student places in charter schools exceeds the apparent demand for them. In other words, many charters have vacant seats. This brings its own set of problems. Schools in need of enough pupils to balance their own budgets and stay above water must market themselves to families, but that doesn’t mean they always compete on the basis of academic effectiveness. Some resort to petty tactics, such as luring potential attendees with iPads and such. Others opt for garden variety advertising, emphasizing characteristics that might attract parents (e.g. after-school care) but are unrelated to quality. In a recent debate on the Fordham Institute blog, Jay Greene argued that we ought to trust the consumer, insisting that they’re looking for attributes (beyond prowess at boosting test scores) that matter more in the long run. Perhaps so. But we have to agree with our colleague Mike Petrilli, Greene’s opposite in the back-and-forth: While respecting school characteristics that don’t turn up on state assessments, we believe that every kind of public school has an obligation to taxpayers to deliver sound academic results. Which brings us to another malfunction in the charter market.

Weak consumer information: Even where parents are mindful of school quality and try their best to be discerning, consumer information in this marketplace remains incomplete, hard to access, and difficult to understand. State report cards are ubiquitous yet lacking. Even when they adequately display academic achievement in tested subjects, they cannot begin to convey all the other information that goes into a sound school choice. What, for example, does the school truly value? Are its classrooms quiet and orderly or lively and engaged? How does it handle character development? Discipline? Disabilities? Do students and teachers like it there or flee as soon as possible? The list goes on.

Even the most basic data in these report cards are frequently presented in user-unfriendly ways. As a result, parents—faced with incomplete, obscure, or unreliable information about schools while trying to gauge what’s workable for their families—may simply turn for help to friends, neighbors, and current patrons of the schools that they’re considering. That’s no bad thing to do; it’s even vital when other sources are scarce or inscrutable. But it attests to the imperfections of today’s charter marketplace.

Distracted suppliers: Many charters are strapped for funds. They feel overregulated by their states, heckled by their authorizers, and politically stressed, so the people running them often struggle to keep their heads above water (which includes keeping enrollments up). They have little energy or resources to expend on becoming more rigorous or investing in stronger curricula and more experienced instructors.

Indeed, more than a few charter schools of our acquaintance have watered down their curricula, eased their academic demands, or shortened their hours in response to consumer complaints that they were just too demanding or the cost of all that rigor was breaking their budgets. Even schools with a queue of prospective attendees waiting for seats cannot always afford the extra staffing and extended hours that both add to their expenses and sometimes irk their clients.

There are countries where parents’ preoccupation with gaining every possible educational advantage for their daughters and sons creates competitive forces that reward schools with impressive track records of student achievement. This is also visible in some sectors of American society, most conspicuously in the race—largely an upper-middle class phenomenon—for admission to elite colleges and universities. But for the United States as a whole we’ve reluctantly concluded that the marketplace alone—understood as individuals choosing the school their child will attend—is not a sufficient mechanism for assuring strong academic achievement and other important educational outcomes. External constraints are part of the problem, but unfortunately, they’re not the whole story.

In our next essay, we’ll suggest some of the changes most needed to foster strong markets and viable schools.