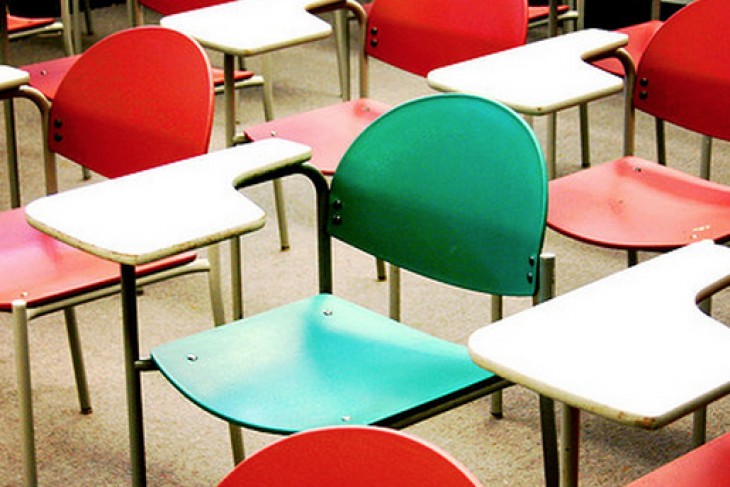 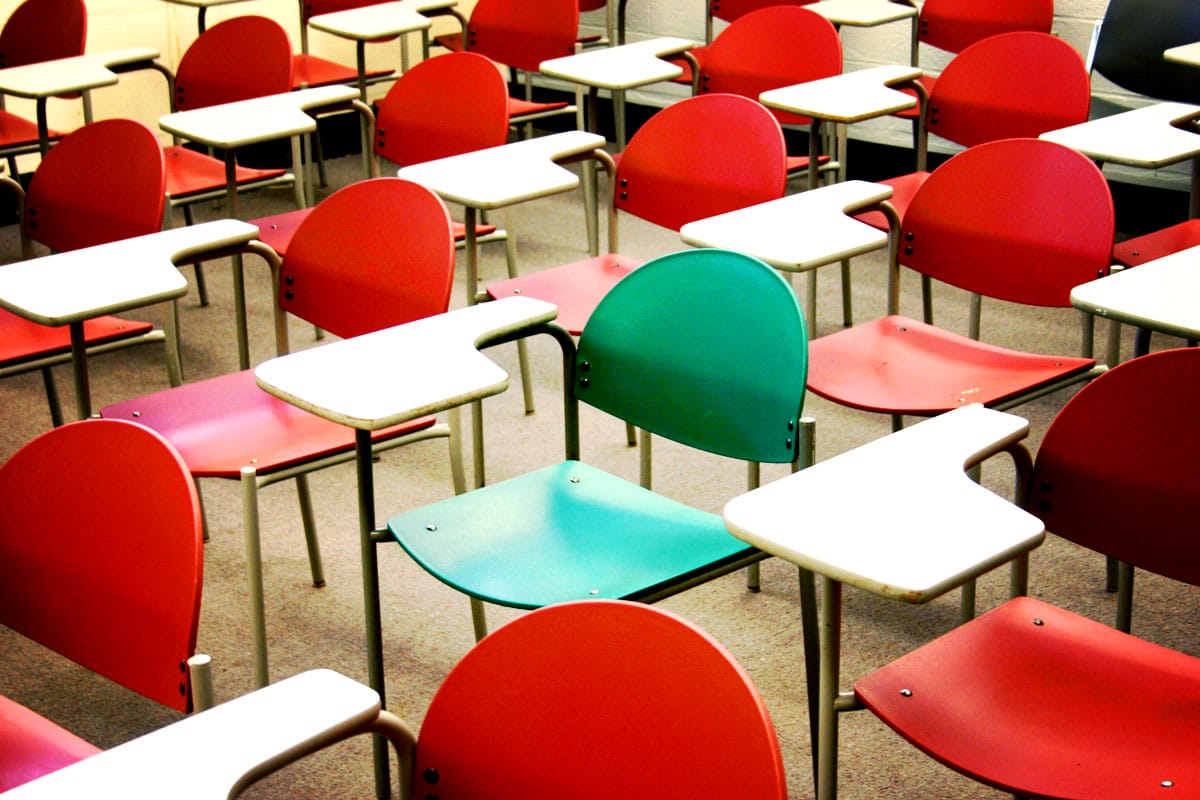 Many of our recent ed-reforms—e.g. Teach for America, alternative certification, the Hamilton Project, and various “new teacher” projects—implicitly subscribe to the idea that great teachers are born, not made. Ed schools, too, largely consider “training” teachers to be beneath their dignity. Hence the path to instructional excellence is to welcome all sorts of smart people into the classroom via all sorts of entry paths, then weed out those who don’t cut it.

In her new book, Building a Better Teacher, veteran education journalist Elizabeth Green sets out to dismantle this notion.

If she’s right and the reformers are wrong it would be good news, for then we could devise purposeful strategies for improving classroom instruction at scale—and not subject kids to a trial-and-error process of teacher selection. This possibility makes Building a Better Teacher an important book. Alas, Green offers scant evidence to support the made-not-born thesis. Indeed, her biggest proof point—a lengthy examination of the teaching techniques pioneered by a small cadre of math teachers in Michigan—comes perilously close to undermining the case she sets out to build.

This narrative focuses on the work of Deborah Ball, currently dean of education at the University of Michigan. Back in the day, she was a gifted fifth-grade math teacher at Spartan Village Academy in East Lansing. While still a student at Michigan State (MSU), Ball and a colleague, an equally talented teacher named Magdalene Lampert, began collaborating on a project to describe and codify their math teaching methods.

These scenes are among the book’s best. Green, the founder and editor of Chalkbeat, is one of the best reporters and writers in the education field. She is in peak form offering play-by-play in classrooms as children grapple with fascinating explorations of odd and even numbers and fractions, guided by Lampert and Ball. “If two women in Michigan could teach this way,” Green asks, “people began to wonder, why couldn’t everyone?”

Why not? For starters, and in a curious bit of foreshadowing, Lampert and Ball struggle to name their work, let alone describe it. Not really progressive, not exactly constructivist, but clearly not traditional, it becomes simply “This Kind of Teaching” or TKOT. Nevertheless, Spartan Village becomes “a full-fledged teaching laboratory” devoted to the model’s proliferation.

The school fills up with teachers-in-training, grad students, and education professors. But teaching TKOT proves just as tricky as naming it. “Magdalene quickly found that her observers failed to see the subtlety of her methods. They saw only the least important details. After all, Magdalene’s most important work, her moment-to-moment decisions about what to do, lived only in her own head.”

TKOT is presented as a vast improvement over “dull, rote, blah” traditional math teaching, which Ball derides as “uninspiring at best, mentally and emotionally crushing at worst.” Yet, if there’s empirical proof of TKOT’s superiority, Green doesn’t offer it. We’re evidently to take it on faith. Of course, even if we accept the idea that Ball and Lampert discovered something transcendent, it’s not too useful unless, as the book’s subtitle puts it, we also learn “how to teach it to everyone.”

Enter Judith Lanier, who became dean of MSU’s ed school in 1980. Lanier gets a grant from the state legislature to create more “professional-development schools” like Spartan Village. By the end of the 1990s, “more than a dozen MSU professors had made home bases of local schools and embarked on new teaching research.” (But still no evidence is offered of student success.)

“It was hard not to feel like MSU was the center of a new universe, ground zero for a new national reform movement,” Green notes. The Michigan State team goes to California, only to be disappointed by teachers who eagerly embrace the idea of “teaching for understanding,” but don’t actually change their practice. “What stopped them from implementing the ideas more effectively wasn’t a lack of will, but a lack of clarity about what to do.”

Even back at Spartan Village, Green notes, “the work proved unsustainable.” Conflicts arose. Things fell apart. Key figures withdrew. Lanier resigned and moved to Flint, Michigan—where, after a few years, her reforms failed there, too. She finally left education altogether and “moved permanently to Beaver Island in Lake Michigan, the most remotely inhabited island in the Great Lakes,” Green reports. “She has lived there ever since.”

If a single school cannot sustain a method of teaching, even with the energetic efforts of a major research university behind it, what reason can there be to hope for an entire state to succeed, let alone the entire nation? Green, who’s too savvy a journalist not to understand the damage the Michigan denouement does to her argument, has an answer. Like aging major league baseball players, Spinal Tap, and David Hasselhoff, it turns out that cutting-edge math teaching techniques are huge in Japan, which took “a population of earnest but ordinary teachers and produced a country full of Magdalene Lamperts.” That nation has posted some of the best math scores in the world using techniques made in America, Green reports in both her book and a New York Times Magazine article. Yet this claim has since come under heavy fire.

Shortly after the magazine piece appeared, Brookings’s Tom Loveless wrote a withering critique, puncturing “six myths” offered by Green, and noting that Japan’s superiority in math long predates the reforms highlighted in Building a Better Teacher. “If Japan now outscores the U.S. because of superior teaching, how could it possibly have performed better on math tests in the 1960s?” Loveless asked. “And what about the decline in Japan’s math achievement since 1995? Is this really the nation we should look to for guidance on improving math instruction?”

Green makes much of Japan’s cultural commitment to craftsmanship and the practice of jugyokenkyu, or “lesson study,” to explain why reforms that failed here took root there. But another possibility—Japan’s national curriculum—is unexplored. (So, too, the country’s culture of hard work and education-obsessed parents.) It’s a potentially glaring omission. At one point, Green casually observes that, in a given week, “sixth-grade classrooms across Japan were introducing the concept of proportional relationships.” When every teacher is delivering the same content at the same time in a culturally homogeneous country, perhaps the conditions are ripe for jugyokenkyu to take root and spread. America—with its traditions of teacher autonomy, local control, and our aversion to established curriculum—offers less fertile soil.

Green has done outstanding reporting for several years on efforts to improve teacher education. A previous New York Times Magazine cover story on Doug Lemov in 2010 elevated him from a cult figure within the “no excuses” charter school movement to a full-on guru. Green returns to Lemov’s work in Building a Better Teacher, but now seems to have soured on it, suggesting that its principal power lay in behavior, classroom management, and discipline, more than academic instruction. She repeatedly describes his work and that of his colleagues as a product of “educational entrepreneurs,” a regrettable term redolent with false and misleading meanings.

Indeed, valorizing the work of Lampert and Ball over Lemov’s is Building a Better Teacher’s biggest problem. Lemov has succeeded where the Michigan State team failed—in replication. If Lampert’s best work “lived only her head,” Lemov’s exists in a series of extremely specific teaching methods that can be named, demonstrated, practiced, and mastered. Granted, they can be overdone and applied robotically—but Lemov’s “taxonomy” has become the standard practice in high-performing charters and beyond. Hundreds, perhaps thousands, of teachers flock to Lemov’s workshops each year to learn the techniques described in his book Teach Like a Champion, which has sold 750,000 copies and been translated into eight languages. Lemov’s techniques are as specific as TKOT is vague.

In the end, it is not enough to be innovative. The innovations must stick. We are many years from knowing whether Lemov’s work will put down deep roots beyond charter schools—and longer still from measuring the enduring effects on student achievement, if any, of LKOT—Lemov’s Kind of Teaching. But if teachers are to be made, after all, rather than born, then good instructional practice must be something that can be identified, named, practiced, and mastered by millions.

It is deeply odd for teachers to think that teaching itself is the one thing than cannot be taught. The singular strength of Green’s book is her willingness to tackle that myth—and it is a myth—head-on. But she undermines her argument by supporting it with a pedagogical preference instead of data.

Changing our view of teaching from art and alchemy to skill and craft is an essential shift in perspective, and is a worthy endeavor for researchers and journalists alike. Thus Building a Better Teacher is covering the right race but may be backing the wrong horse.