The making of an edu-myth: The 30-million-word gap has not been “debunked” 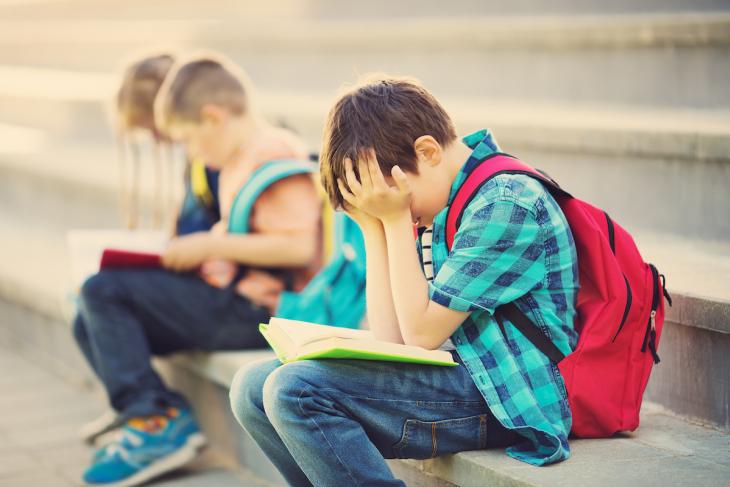 Try this experiment. At your next professional development session, conference, or perhaps on social media, mention the famous “30-million-word gap” study, which demonstrated that low-income children hear far less spoken language before their first day of school than their affluent peers, setting in motion dramatic differences in vocabulary attainment and academic achievement. If your experience is like mine, someone will immediately chime in (politely at PD; pointedly on Twitter) that the landmark 1995 study has been “debunked.” But there’s a big problem with such dismissals. There are observable, measurable differences in the early language environments of children that have significant impact on their education. It’s simply not true to say or suggest that’s all been debunked.

Dubbed “The Early Catastrophe” by University of Kansas researchers Betty Hart and Todd R. Risley, the differences in language exposure that they observed and calculated among children of various socioeconomic groups is among the most commonly cited pieces of educational research in history, and for good reason: Hart and Risley pronounced themselves “awestruck” at how well their measures of vocabulary and verbal accomplishment at age three predicted language skill at age nine and ten.

Education research tends to get bumper-stickered. Complex and nuanced studies are boiled down to breezy takeaways that may or may not be useful to inform policy and practice. The “30-million word gap” is a good example—and a mixed blessing. The scale of the differences observed by Hart and Risley was so stunning that it propelled their work out of the sleepy world of education research and into public consciousness, launching a raft of programs, policies, and philanthropic initiatives to address the disparity the pair uncovered. But the sheer enormity of the “word gap” that gave it such attention and traction is also its Achilles’ Heel. It simply strains credulity that it could be so massive and in such a short span of time, ages zero to four. Hart and Risley arrived at their controversial figure by recording every utterance made in monthly visits of just one hour each with forty-two families—thirteen affluent, ten middle-income, thirteen low-income, and six on public assistance. From there they extrapolated, assuming the same incidents of spoken language for fourteen hours a day, every day. “In four years, an average child in a professional family would accumulate experience with almost 45 million words, an average child in a working-class family 26 million words, and an average child in a welfare family 13 million words,” they wrote. That works out to a difference of more than 30 million words heard by the children of “professional” class parents versus those of parents on public assistance.

The study has drawn fire virtually from the day it was published, but a significant new reconsideration gathered steam with a “failed replication” published last Spring in Child Development by Douglas Sperry, Linda Sperry, and Peggy Miller, which claimed that low-income children hear far more spoken language than Hart and Risley captured and accounted for, finding “substantial variation” within various socioeconomic groups and criticizing as too narrow Hart and Risley’s definitions of children’s verbal environments, which “exclude multiple caregivers and bystander talk disproportionately [and] underestimate the number of words to which low‐income children are exposed.”

“Is it 5000? Is it 10,000? 30 million? 60 million? Who cares?” Kathy Hirsh-Pasek, the Director of Temple University’s Infant Language Laboratory tells me. “The reason that [Hart and Risley] bothered giving any kind of calculation at all was just because there's a difference there. And it's a difference that needs to be attended to.”

The focus on tonnage elides the essential message: Word quantity matters less than quality. Language growth has more to do with the “conversational duet” between caregivers and children, claim Hirsh-Pasek and four colleagues in a response to the Sperry study, also published in Child Development. Their title states the matter bluntly: “Language Matters: Denying the Existence of the 30-Million-Word Gap Has Serious Consequences.”

The Sperry study suggested that when “ambient” speech is counted—speech among adults in the presence of children, for example—differences between socioeconomic classes are reduced or disappear. But there is a crucial difference between words merely overheard and child-directed speech, and their effects on vocabulary and language development. “For young children to benefit from overheard speech, they must stop what they are doing themselves and direct their attention to an interaction between other people,” Hirsh-Pasek and her colleagues wrote. Speech directed at children differs markedly from speech adults direct at one another in terms of content, complexity, and the attentional demands placed on infants and toddlers. “A child sitting in a high chair who hears, for example, ‘Juice. You like your juice?” is receiving input that is uncharacteristic of adult conversations, in which decontextualized talk is geared toward other things like movies, politics, work, and so on. Deciphering decontextualized talk is a challenge to young children, but without participating in the exchange and being privy to informative social cues, the task may become impossible,” they wrote.

If a pair of dueling reports in an academic journal were all there was to this, the heightened debate over toddler talk and language development might have remained academic. But what appears to have fed the wholesale “debunking” narrative was a news report by NPR reporter Anya Kamenetz, pegged to the Sperry study, and soliciting to the views of language researchers on the twenty-five-year old Hart and Risley study. Her piece was generally solid, but ran under an unusually blithe headline, “Let’s Stop Talking About the 30 Million Word Gap.” The piece, which continues to be shared regularly on social media, noted that many researchers take issue with the entire word gap concept as “racially and culturally loaded in a way that ultimately hurts the children whom early intervention programs ostensibly trying to help.” This framing fits the current social justice moment and mindset in education policy and practice, and has surely given the NPR story its considerable legs.

For example, Marjorie Faulstich Orellana, a professor of education at UCLA, agreed that “there's variation in how much adults speak to children,” but cautioned against placing a value judgment on it. "Should adults direct lots of questions to children in ways that prepare them to answer questions in school?" she asked. That is, she told Kamenetz, a “middle-class, mostly white practice.”

In a blog post last June, University of Virginia cognitive scientist Dan Willingham pointed out that, contrary to the emerging “failure to replicate” claim attached to the 30-million-word gap, “the conceptual idea that socioeconomic status and volume of caregiver→child speech has been replicated” numerous times. He also pointed out that the recent Sperry work didn’t include a group of “professional parents,” rendering it a non-attempt at replication. Moreover he noted, echoing Hirsh-Pasek, that a precise measurement of the word gap misses the point. “Maybe somebody thought the absolute value mattered. I doubt any psychologists did, Willingham wrote. “We would care about the predictive power of the caregiver speech. On the whole, there’s still pretty good reason to think there’s an association between SES and child-directed speech from parents.”

But here we are a year later, and the idea that Hart and Risley have been debunked is still rattling around. It appears even to be gaining traction. If the narrative holds—if it becomes accepted wisdom that children from low-income households have enough exposure to spoken language to do well in school, that “quality versus quantity” doesn’t matter, that overheard language is sufficient, or if merely talking about how language is employed by various socioeconomic groups makes us uncomfortable, then “efforts to increase children’s language exposure and enhance its quality may be treated as suspect,” noted Hirsh-Pasek and her co-authors. “This approach would mislead policymakers, practitioners, and the public. The message should not be that children hear enough language but that children need more opportunities to participate in conversations that focus on their interests during everyday interactions with caregivers.”

Recently a reader of Tim Shanahan’s excellent blog chided him for citing the 30-million-word gap “canard.” Despite its limitations, “environmental differences (as opposed to genetic ones) still seems to be the best explanation of why poverty kids are underprepared when they start to receive reading instruction,” he replied. The Hart and Risley study is far from perfect, he concluded. “Nevertheless, the results of this body of research continue to suggest that what parents do in the home with their children matters educationally…and that they (and we) ought to be doing more to support their children’s early language learning.” That’s the right answer, and a far cry from “debunked.”

We need to keep talking about it.