The Lost Children of Hirsch: Will a fresh argument for content-rich curricula make a difference? 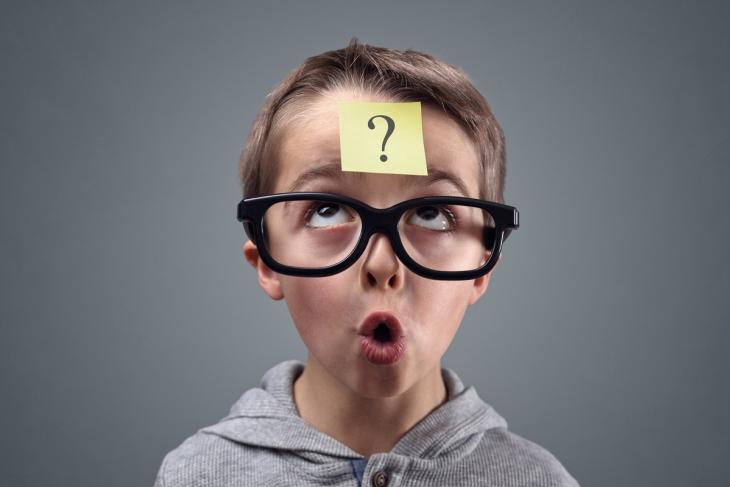 The most important point raised in Natalie Wexler’s new book, The Knowledge Gap, is nearly an afterthought. It’s in the book’s epilogue. After a compelling, book-length argument in favor of offering a knowledge-rich education to every child and documenting our frustrating lack of progress in doing so—to raise reading achievement, promote justice, even, she suggests, to end school segregation—the author makes a surprising observation.

“I’d love to point to a school district, or even a single school, and say: This is how it should be done,” Wexler writes. “Unfortunately, I have yet to see an American school that consistently combines a focus on content with an instructional method that fully exploits the potential of writing to build knowledge and critical thinking abilities for every child.”

That is one hell of an indictment of American education, and to Wexler’s credit, a brave one, since arguably it calls into question the mission of her thoroughly reported and briskly readable book. On the one hand, the case for content cannot be made too often or too emphatically, and Wexler does it well. By setting so much of the book in actual classrooms among real teachers and children she does E.D. Hirsch, Jr. better than Hirsch himself. However, it is telling—and a little depressing—that more that thirty years after Hirsch burst nearly by accident onto bestseller lists with Cultural Literacy, the urtext in the knowledge-rich schooling canon, Wexler cannot name a single school or district doing it right. Thus The Knowledge Gap cannot be viewed as a wake up call for American education. The alarm has been ringing for more than three decades. We have hit the snooze bar and rolled over. And that’s, well…alarming.

Wexler is the latest in a line of advocates—myself included—who have variously shaken their fists or their heads, sadly, at American education’s unaccountable inability to come correct on content. The reasons schools and districts have not gone all-in on knowledge and established a coherent, cumulative, and carefully sequenced core curriculum are not hard to discern, and Wexler enumerates them fully and capably. First and foremost, schools, teachers, publishers, and others remain stubbornly attached to the demonstrably incorrect idea that reading comprehension “is a set of skills that can be taught completely disconnected from content,” she writes. Education is a state-level matter under our Constitution, which makes a national curriculum, a common feature in other nations, a nonstarter, “and in any event,” Wexler notes, “our country is probably too diverse for such an effort to work.” Indeed. Then there are the common beliefs that “young children are primarily interested in subjects that relate to their own lives,” that academic content is “’developmentally inappropriate’ for the early grades,” and “that education should be child-centered” prioritizing students’ interests and abilities, and giving teachers less authority in curricular decision-making. That these gauzily Romantic ideas about childhood and Piaget’s “stage theory” are subscribed to uncritically in American schools can be attributed to the field’s poor grasp of “the basic science about how we learn.” Then there is also a perception among teachers that any set curriculum “infringe[s] on their freedom to teach whatever and however they wanted.” Beyond the four walls of the classroom, parent activism “has focused on getting rid of or reducing testing rather than on what the curriculum should look like if testing disappeared,” Wexler writes. And, of course, there’s the immovable object of The Tests themselves which “sent the message that subjects other than reading and math aren’t important” while reinforcing—nearly demanding—a view of reading comprehension as a content-neutral suite of skills.

“It’s hard to understand why a problem as fundamental and pervasive as the lack of content in elementary school—and in some cases, middle school as well—has gone unnoticed for so long,” Wexler writes. This is my only significant point of disagreement with the author. The lack of content has not gone unnoticed. It’s gone unaddressed.

If the capacity and will to get this right existed, there should be not one example of schools and districts who are implementing a knowledge-rich curriculum well and faithfully. There should be lots of them.

Washoe County, Nevada, was one such example and Wexler devotes a fascinating chapter to the Core Task Implementation Project, or CTIP, in Reno—a grassroots, teacher-led initiative that emerged almost organically following the state’s adoption of Common Core, far from well-funded battles over the standards in Washington, and away from the glare of media coverage. “Keeping CTIP going felt like a game of whack-a-mole: One constituency would be placated, but then another would pop up with objections,” Wexler writes. Crucially, resistance to curriculum and content wasn’t the issue. “The problem was more that the district kept undertaking new initiatives, some of which seemed to be working at cross-purposes, and those initiatives took precedence over CTIP.” Sobering stuff but illuminating: Even with awareness of the need for knowledge, committed personnel, and a reasonable level of administrative support and promising results, it still fell apart. Having worked for Hirsch’s Core Knowledge Foundation, I have seen this myself. Today there is a model school. Tomorrow there’s a leadership change, a new initiative, or staff exodus. Change is hard. Maintaining it is harder still.

Wexler takes care not to blame teachers. The idea of teaching reading comprehension as a set of discrete skills rather than an effect of knowledge and vocabulary, for example, is “simply the water they’ve been swimming in, so universal and taken for granted they don’t question or even notice it.” That is both correct and unsatisfying. At some point—perhaps now—teachers, the administrators who hire them, the colleges that train them, districts, charter management organizations, and whole states simply must raise their level of sophistication about all this. There is no other way forward at scale. It is lovely if individual teachers, and even entire schools and districts, get this (however briefly), but only insofar as this contributes to the only thing that can close the knowledge gap: a wholesale change in the culture of education and greater sophistication about practice, reinforced by thoughtful policy that rewards a patient investment in knowledge. Nothing else will do.

Without question there is greater appreciation for the essential role of background knowledge in reading comprehension than in 1987, when Cultural Literacy spent six months on the New York Times bestseller list. Where there used to be none, there are several English language arts curricula, both commercially available and freely accessible “open educational resources” designed to build knowledge coherently, cumulatively, and sequentially, such as Great Minds’ “Wit and Wisdom,” and, from Hirsch’s own nonprofit organization, “Core Knowledge Language Arts.” So there is awareness, even progress, just not as much as we intellectual sons and daughters of Hirsch would like. Wexler notes that early elementary teachers “spend an average of only sixteen minutes a day on social studies and nineteen on science.” A nation that understood the clear and compelling links between background knowledge and literacy that she unpacks would be embarrassed by these figures and demand more: not just more history and science, but more art, music, and the full range of enlivening content that would “restore elementary school teachers to their rightful place as guides to the world,” as David Coleman winningly puts it.

“Teachers efforts will bear fruit only if they understand what to look for,” Wexler observes. Alas, not even then. For the full benefits of a knowledge and language rich education to reach its full flower, it requires not one teacher to understand this, but all of them, and for them to coordinate their efforts to guard against gaps and repetitions. I’m less than sanguine this is in the offing, which is why school choice has moved to the top of my own preferred policy options. Better for advocates of knowledge-rich schooling like Wexler and like me to convince one school to do it right than to spend the next thirty years pushing the rock up the hill only to have it roll back over dedicated and earnest educators like the folks in Washoe. If simple logic and the vast weight of cognitive science cannot inspire changes in practice, perhaps successful models might generate greater demand. School choice is not mentioned as a lever for change in The Knowledge Gap, although Wexler rightly takes issue with ed reformers and charter operators who have been historically no less culpable than “status quo” educators in overlooking the evidence on the importance of knowledge. She notes that some charter management organizations, including KIPP, Uncommon Schools, and Achievement First, “noticed that a few schools with a more content-focused approach hadn’t suffered the same drop [on more rigorous Common Core aligned tests starting in 2013]. So they began retooling their elementary curricula to focus more on content,” she writes, another indicator that the essential role of knowledge as a driver of student outcomes has not gone “unnoticed.”

Let me close by praising Wexler’s work, for it is praiseworthy, and make it clear that she has made a first-rate case for content. We are in passionate agreement on the need for a knowledge-rich curriculum for all children, particularly the disadvantaged. If you are among the uninitiated on the value of content knowledge for kids, buy a copy. If you’re already among the true believers, buy two copies and put them in the hands of persuadable educators. But young ones, please. As Max Planck observed of science, education advances one funeral at a time.

The Knowledge Gap is a first-rate addition to the literature in support of content-rich curriculum. It is not criticism to wish it could also be the last.

Editor’s note: This essay was first published by Education Next.