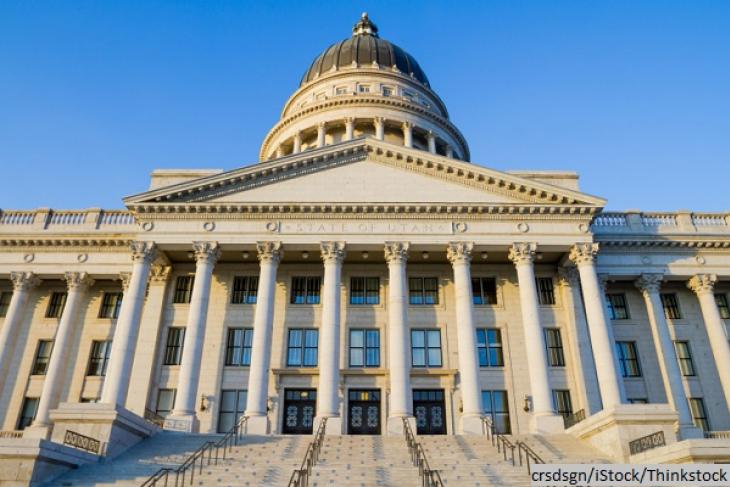 Even a careful observer of education policy could wonder, “Who’s actually in charge of public schooling?” That is, at which level of government does the buck stop?

The long shadow cast by NCLB and all of the attention paid to ESSA might convince you that the feds are in control. We also know from experience, though, that local school boards and superintendents make the lion’s share of key decisions. And aren’t state departments and boards of education also important?

It gets even more confusing when there are public disagreements between these different government entities. States and districts routinely quarrel about funding levels. There’s a battle now in Illinois about local and state oversight of charters. In Michigan, there’s a clash over a new state body that could exert control over Detroit’s schools. Uncle Sam infamously got involved in Common Core, which raised state and local hackles galore. Thanks to Pierce, there are also the constitutional rights of parents limiting the authority of all levels of government. The list goes on and on.

The simple (if messy) answer to the basic question of who’s in charge is this: no one and everyone. Like much else in our constitutional system, powers are distributed in a layer-cake or marble-cake fashion (for more detail, see this great Fordham report). While that answer might satisfy in an American Government 101 lecture hall, it’s not much solace to those trying to figure out how to get stuff done right now.

So thank goodness for the Education Commission of the States’ new short issue brief on the subject. Titled “Constitutional Obligations for Public Education,” the report explains that, in most cases, state governments have both the responsibility to ensure kids are well educated and the authority to decide how.

Most of the brief is a very helpful table that lists the provisions in state constitutions that put state governments on the hook. Though several of the table’s columns are important (e.g., on funding, students with disabilities, religion), the third, especially, is key. It has the operative language for what each state government must do; for instance, provide a “thorough and efficient” system of schools (New Jersey, Maryland, Ohio), a “common” system of schools (California, Idaho, Iowa), “general and uniform” schools (North Carolina, Minnesota, South Dakota), a “liberal system” of education (Alaska).

There’s lots to be learned here; if you’re interested in K–12 policy, this is definitely worth the read. But let me highlight three particular things. First, Uncle Sam isn’t calling the shots in most instances. As the brief notes, the Supreme Court decided in 1973 that there is no federal constitutional right to education. Thanks to Brown and decisions that proceeded from it, states and districts can’t have discriminatory systems of schools, but plaintiffs are seriously limited in their ability to appeal to the federal government for how such systems are otherwise arranged.

Second, though the brief doesn’t discuss it, the issue of “local control” is obviously important. Though states have the ultimate K–12 obligation, they have decided to delegate authority to state-created entities, generally known as “districts.” Today, these districts typically have been in operation for generations, have democratically elected school boards, reflect community values, enable ongoing micro-changes, and much more.

So districts might be thought of as a kind of educational “common law.” They are essentially evolutionary entities in that they continuously adapt, reflecting immediate, real-word issues. So while state governments wield de jure educational authority via constitutional obligations and statutory and regulatory powers, districts have substantial de facto control.

I think there is prudence and wisdom in this general approach—namely a great deal of deference to longstanding, local institutions and the communities, families, and practitioners that inform them.

My third point is an observation: You can bet on turmoil any time this formula is disrupted.

It may not be perfect, much less tidy, but our complicated system of schools has generally been in equipoise. Most decisions are made locally; state governments set the direction and create conditions for success; and the federal government gets involved when something’s become unjust.

When the federal government arrogates to itself too much power from the states (e.g., NCLB, Race to the Top), or when states impinge on local authority (e.g., curricular or staffing requirements), the policy disequilibrium results in political disquiet.

One big benefit of the ECS report is that it gives us another way to look at these types of disputes: Each upsets the state government’s constitutional role in schooling.

In some cases, the state government is right to point the finger at Uncle Sam: Why are you getting involved in content standards or teacher evaluation? That’s our role! Read our “thorough and efficient” clause!

But in some cases, the state needs to look in the mirror. A good example relates to local protests when a state takes over a failing district. State leaders know the state government is ultimately responsible for making sure kids are well educated. By delegating that work to a single local entity, the state has painted itself into a corner if the district persistently underperforms. The state then feels compelled to take control of the district, but that runs headlong into local control—hence the protests.

This raises a question very much worth pondering: What is the best way to arrange a city’s system of schools given our tradition of local control and the state’s ultimate constitutional obligation?