The little-known test that matters the most 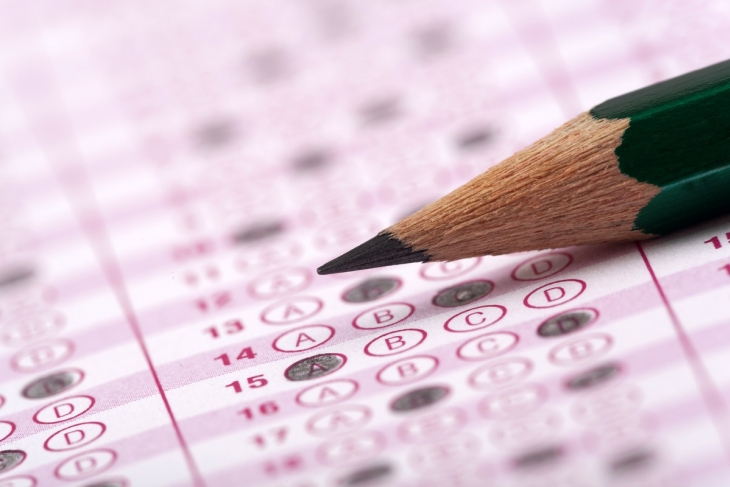 NOTE: Chester E. Finn, Jr., Fordham's president emeritus and distinguished senior fellow and a senior fellow at Stanford’s Hoover Institution, is also the author of the forthcoming book “Assessing the Nation’s Report Card: Challenges and Choices for NAEP,” to be published in two weeks by the Harvard Education Press.

How will we gauge the learning loss that young Americans suffered due to Covid-forced school shutdowns? How do we see whether achievement gaps between groups of students are widening or narrowing? How do we know whether kids in Pennsylvania are better or worse readers at the end of middle school than their peers in Colorado?

We wouldn’t know that or much else without a test that may have escaped your notice altogether, unless you’re some sort of education-obsessed policy maker or policy wonk like me. I’m talking about the National Assessment of Educational Progress, known in wonk circles as “NAEP” and among sophisticates as the “Nation’s Report Card.” But what is it, and why isn’t it on your radar? How does it work? Can it keep generating vital data as testing retreats across much of American education, especially since we’re talking about a national test run by the federal government. Two scary thoughts, yes? Also scary is the possible fragmentation of its unusual decision-making body, which so far has done well at keeping NAEP out of politics.

NAEP emerged during the 1960s, followed by major overhauls in the 1980s and again in 2002. Though it has enjoyed considerable support from private foundations, today it’s almost entirely paid for by Uncle Sam and administered by the National Center for Education Statistics. It tests schoolchildren in grades 4, 8, and 12 in ten subjects, though on varying schedules and reporting its results at various levels: always for the country as a whole but sometimes just in one or two grade levels. Since enactment of No Child Left Behind, it has been required to report reading and math results every two years for states (and a handful of urban districts) as well as for the country as a whole, though state results are inexplicably limited to grades 4 and 8.

NAEP is how we learned, for example, that 44 percent of White eighth graders reached the “proficient” level in math in 2019, compared with just 14 percent of Black students, underscoring the persistent “achievement gaps” that recent reform efforts have failed to close.

NAEP is also how we found out that eighth graders in Massachusetts attained proficiency that year at twice the rate of their classmates in Louisiana. And that’s how we’ll soon know the extent of learning setbacks wrought by the pandemic.

Yet few Americans are aware of this test. Nor are many educators. That’s because NAEP tests only a sample of students and reports nothing about individual children, individual schools, or the vast majority of school systems. So it has little impact on the lives of families, teachers, or pupils.

Also shielding NAEP from controversy is that what it tests get decided through a multiyear process overseen by an autonomous policy-setting body called the National Assessment Governing Board (NAGB).

That bipartisan body, which I had the honor to chair during its first two years, consists of twenty-six individuals appointed by the Secretary of Education after an elaborate vetting process. It includes two governors, two legislators, principals and superintendents, school board members, testing experts, teachers at every level, curriculum specialists, parents, a private school rep, and several members of the “general public.” The current chair is former North Carolina governor Bev Perdue (D). Her predecessor was Mississippi’s Haley Barbour (R).

For a federal entity, it’s remarkably independent. Its duties include deciding what subjects will be tested, what’s on those tests, and the methods used in gathering and explaining their results. Its 1988 authorizing statute—primarily worked out between the Reagan administration and the late Senator Edward M. Kennedy—says the board shall exercise “its independent judgment free from inappropriate influences and special interests . . . independent of the Secretary and other offices and officers of the Department.”

The capacity of such a Noah’s Ark body to reach consensus over the years on all manner of touchy issues has done much to shield NAEP from political crossfire. But because its test “frameworks” need updating every decade or two, and because this is happening in a suspicious, hair-trigger country, agreement within the board is getting harder to forge. A recent fracas over future reading tests grew rancorous before cool heads pushed for compromise and pricklier subjects lie ahead.

Probably the board’s toughest trial has been creating and maintaining NAEP’s trio of benchmarks,” labeled basic, proficient, and advanced. Responding to education goals set in 1989 by Bush 41 and forty-nine governors, NAGB set out to create criteria for student achievement. Nothing like this had ever been done, and it triggered intense controversy among scholars, educators, and statisticians. But NAGB stood fast, refining the level-setting process but never abandoning it. As a result, those cut points on the NAEP scale have turned into the closest thing the U.S. has ever had to stable, rigorous national standards for student learning in the elementary and secondary years.

But can it last? Can the Nation’s Report Card not just sustain its reputation as the gold standard of achievement testing but also stay sheltered from political battles and culture wars over what young Americans should be taught?

Don’t count on it. Divisive issues loom. Can NAGB update its science framework without coming unglued over environmental issues, maybe even evolution? Can it update its history and civics tests without damaging battles over, say, 1619 versus 1776? Can it sustain its rigorous benchmarks when some view even the documentation of learning gaps as racist? Can it sidestep today’s roaring arguments about what kids should and shouldn’t read? Can it stay focused on academic achievement when senior government officials seem to be losing interest in learning outcomes, even in testing itself, and when many educators favor greater attention to kids’ social and emotional well-being? As NAEP grows ever more expensive, will Congress continue to find the money? As outside groups push for reforms and alterations, who will decide which ones deserve to be made—and can NAEP preserve its all-important “trend lines” while modernizing some of its hoary ways?

One of the secrets of NAEP’s success and longevity has been its low profile. As it gets more attention, it’s bound to grow more controversial. And that’s a risky circumstance today, especially for anything associated with Uncle Sam.