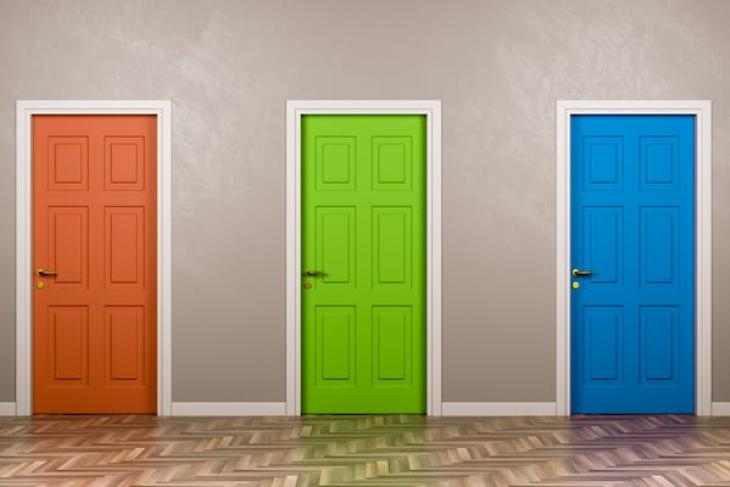 Natalie Wexler is a name you should know, if you don’t already. A long-time education journalist, she has tirelessly championed essential work, serving as the board chair for Judith Hochman’s The Writing Revolution, and writing extensively and persuasively about the benefits of content-rich curriculum, our shared education passion. I’m eagerly awaiting her forthcoming book, The Knowledge Gap: The Hidden Cause of America's Broken Education System—and How to Fix It. I expect it will top the best education books of 2019. Wexler’s is an essential voice and an authority.

That said, I’ve got a small bone to pick with my esteemed colleague. In a column at Forbes, she characterized a recent dust-up over school choice between me and Diane Ravitch, which took place at last month’s Washington Post Live education event. I favor school choice; Ravitch opposes it, even though we both benefitted from it.

It was “good theater,” Wexler wrote, “but it obscures the fact that the vast majority of schools—especially at the elementary level—offer the same dangerously flawed approach,” the kind of content-free, “skills-and-strategies” reading instruction that Wexler and I both routinely decry. “And,” she added, “the systems the government has put in place to help parents make good choices have only made things worse. How much value does choice have if there are few good choices and it's hard to identify them?”

I certainly share Wexler’s frustration with schools of choice that merely serve up a second flavor of bad instead of offering the kind of knowledge-rich core curriculum that disadvantaged children most especially need to reach mature language proficiency and close the achievement gap. Where we disagree, however, is that I don’t see school choice as irrelevant or even a distraction from the push for a knowledge-rich curriculum. It’s integral to advancing those efforts.

Teaching elementary school in a low-performing South Bronx elementary school convinced me that E.D. Hirsch, Jr.’s views on literacy are unimpeachably correct. His work described precisely what I saw every day in my fifth grade classroom: children whose lack of background knowledge and vocabulary contributed disproportionately to their reading comprehension struggles. I was so electrified by Hirsch’s insights, which no one in my district or grad school seemed aware of or much interested in, that I resolved to work for Hirsch’s Core Knowledge Foundation and to spread his essential ideas. It was the missing piece in my teacher training and what students like mine most needed and were least likely to get. Fun fact: The person who introduced me to Hirsch was Diane Ravitch, who was on the Core Knowledge board at the time.

Roughly 40 percent of all Core Knowledge schools in the U.S. are traditional public schools; another 40 percent are charter schools. (The rest are private schools; “CK” is also popular among homeschoolers.) Given that a mere 7 percent of all schools are charters, this means charter schools are far more likely to adopt Core Knowledge than traditional district schools. A strong majority of all Core Knowledge schools—charter and private—are schools of choice. The same is even truer of schools that follow the classical education trivium. The phrase “grammar school” has become a synonym for elementary education, but true grammar schools in the classical education tradition (students pass first through the knowledge-heavy “grammar” phase, then the “logic” and “rhetoric” stages) are virtually unheard of among traditional public schools. If you want a knowledge-rich classical education for your child, your options are limited to homeschooling, one of 300 Christian classical schools, or a charter school like Great Hearts Academy that offers it.

About two-thirds of nearly 800 schools that have adopted Great Minds’ Wit and Wisdom, a superb K–8 ELA curriculum that emphasizes knowledge building, are traditional publics; one-third are schools of choice, with charters accounting for 30 percent of the total—another indication that, although comparatively small in number, leaders at schools of choice are disproportionately likely to have been persuaded by the arguments made by Wexler and—for nearly four decades—by Hirsch. These schools have voted with their curricula. Parents who are similarly persuaded have voted with their feet.

Within a few blocks from where I used to teach, there are seven schools in the highly successful Icahn Charter school network led by Jeffrey Litt, a Core Knowledge pioneer who was among the first school leaders in the nation to adopt the CK curriculum while a principal in a New York City Department of Education school. Another nearby network of South Bronx Classical Charter schools would not exist without school choice. I’ve made extensive observations at Eva Moskowitz’s Success Academy schools; while they are not Core Knowledge schools, their curriculum as a whole clearly demonstrates the premium they place on knowledge building, offering science every day, art, music, and more. Even Success Academy’s devotion to leveled reading and balanced literacy, which Wexler has called out, and which initially raised my eyebrows, shows they understand of the role of knowledge as a critical literacy building block: The texts put in front of children are rich, demanding, and knowledge-centric. None of these schools existed when I was a public school teacher; none of my students or their parents could choose the rich and rigorous curriculum they offer.

These schools and many others are a proof point that school choice is neither beside the point nor even a distraction from the critical evangelical work of convincing educators that all children, and particularly disadvantaged learners, benefit from access to rich, curricular content. Indeed, if more low-income families had true school choice—with dollars attached—it would likely be a boon to the network of Catholic Partnership schools led by Kathleen Porter-Magee, another long-time advocate of knowledge-rich education for disadvantaged children.

I’ll confess that I didn’t start out as a school choice advocate. When I left my classroom my views were a lot closer to Wexler’s. I was committed to the idea of advancing knowledge-rich curriculum as a reform lever, an idea that I’m pleased to see gaining traction. My views evolved after realizing that choice is simply a more effective means of increasing the number of low-income children with access to it. Candidly, I also lost my appetite to impose “ideas so good, we’re making them mandatory.” No matter what program, curriculum, or pedagogy you favor, the best antidote to any top-down, technocratic impulse you might harbor is to sit in a classroom, watching a teacher implement your favorite flavor of curriculum, but with no understanding, enthusiasm, or buy-in. At the risk of heresy, I’d rather my child’s teacher were an ardent disciple of a curriculum or pedagogy I don’t like rather than make a forced march through one I prefer, but which has been imposed on her unwillingly.

It would be lovely if practitioners and policy makers were as persuaded as Wexler is and I am that knowledge-building—not literacy “skills and strategies”—should be Job One for elementary education, particularly for low-SES learners. But schools of choice that implement a knowledge-rich curriculum well and willingly are a proof point. The more of them we have making a difference for kids, the more persuasive the case will be to educators, policymakers, and parents.