How fundamental change happens in America 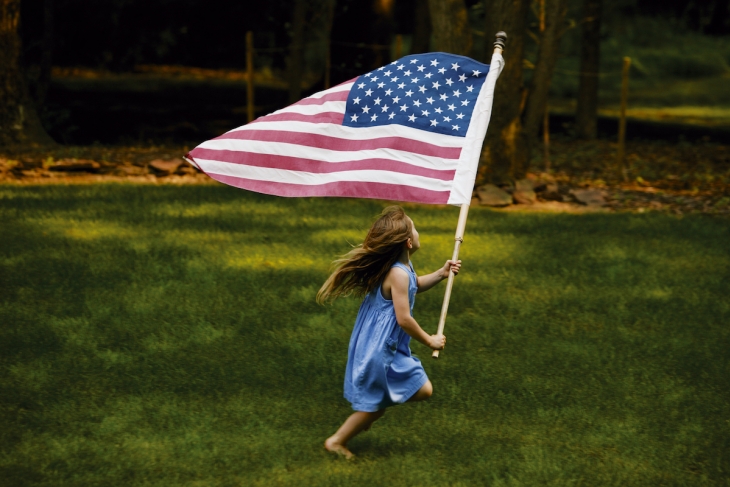 Much newsprint, airtime, and social media discourse in recent days have been consumed by the question of whether the awful George Floyd murder and its voluminous aftermath on the world’s streets will yield fundamental transformations of policing, of the justice system, of race relations, bias, inequality, and opportunity denied.

A week earlier, those same venues were paying lots of attention to whether the Covid-19 pandemic would yield a fundamental transformation of the American economy, of our public health system, perhaps of federalism itself. And, of course, whether and when a functional vaccine might be developed—and what nation will win that epic competition.

In the more specialized realm that I mostly inhabit, similar questions were (and still are) being asked about schooling. Will we find ourselves educating kids in fundamentally different ways, not only in September 2020, but also over the long run with, for example, much more learning outside the traditional school setting? Is a breakthrough coming, one that would finally separate American K–12 education from the “factory model” and long-summer-break calendar? Serious people in the field are talking and writing seriously about “reinventing” schooling in the United States. But what would that require? And what does it portend for teachers, institutional structures, budgets, technology, and much more?

The three challenges—law enforcement, pandemic, schooling—have several common elements, starting with the revelation of major shortcomings and system failures in how we have traditionally done things, followed by widening recognition that big-time changes are sorely needed, including extraordinary breakthroughs. Which realization is inevitably followed by the glum apprehension that the present systems are deeply entrenched, that change requires extraordinary leadership, that breakthroughs are few and far between, that powerful interests will work to keep things pretty much the way they have been for so long, and that American institutions and political arrangements may have lost the capacity to rise to big challenges in the big ways that the times require.

The phrase “Sputnik moment” has grown hackneyed—a development that I and many other would-be pundits have contributed to. So far as I can tell, in the three quarters of a century since World War II, we’ve really had just one such moment, triggered by that little beeping ball that the Soviets put into orbit back when I was thirteen. The Cold War was upon us and Americans suddenly feared that our big arch-enemy was surpassing us, not only with ground forces, conventional weapons, and nuclear armaments—but now even in space. So Congress passed some laws and schools and colleges made some changes and pretty soon JFK announced that America was headed to the moon. (In case you weren’t watching, we’re supposedly headed there again except now NASA’s goals include Mars.)

In the years since, we’ve had many other high-profile, change-creating events, some connected with civil rights, some with the economy, some caused by Mother Nature. And those have nearly always brought some response, an effort to solve the problem and keep it from happening again. These efforts have usually been constructive, if sometimes overwrought.

Some of the resulting changes have been widespread and lasting. Public schools are no longer segregated by law. Banks are no longer as free as they were to make bad loans. The dikes and levees around New Orleans are stronger. Cigarette smoking is widely suppressed. American kids aren’t getting polio.

Transformative or no? Depends on your perspective. Plenty of de facto segregation remains, and by some measures it’s worsening, as are innumerable other forms of prejudice, bias, and inequity. And there’s been backsliding, too. Banks have undone parts of Dodd-Frank. New Orleans may be more secure, but much of the nearby delta keeps flooding. Vaping is in vogue. And parental opposition to vaccination means some once-vanished childhood diseases are enjoying a bit of a comeback (not to mention the Covid-19 plague).

Mostly, it appears to me, the push for significant change can originate from either of two directions. In the end, however, both are needed. From the top must come sustained leadership combined with bipartisan, or at least “centrist,” consensus that we’re looking at a major problem overdue for solving, that we’re ready to make big changes to do that, that we have the fortitude to stare down some vested interests, and that we’ll stick with it no matter who wins the next election. From the bottom comes popular understanding and acceptance, even ardor, for such changes. Either may come first, but both will be required.

Today in America, we’re seeing some pushes from each direction. The impulse for fairer law enforcement is clearly coming from below but has been attracting leaders, while the push to address climate change started with elites but has drawn considerable popular support. Doing something about health care in general and grappling with Covid-19 in particular derives its energy from both. None of those, however, has reached bipartisan or centrist consensus, nor can be we confident of long-lasting commitment.

In K–12 education, where I mostly reside, the pandemic-connected shutdown has brought much anxiety about schools reopening, and we’ve already seen myriad “plans” for how that should be done. But only among pundits and think-tankers am I yet seeing much appetite for large and lasting change in how education gets delivered.

So let me ask again: What would it take for that to come about—and for this opportunity not to go to waste? I believe three ingredients would be key. In order of increasing difficulty, they are: (1) successful examples, (2) sustained leadership with a modicum of centrism or bipartisanship, and (3) a culture shift on the part of parents—or at least policy changes that enable those who can and want to shift to do so.

Since one of the biggest deterrents to successful education innovation is people’s inability to imagine something they can’t actually see in action, examples matter—and they’re beginning to show up in a handful of foresighted districts and charter networks that were already savvy about technology, adroitly led, and (for the most part) small enough to be nimble.

By autumn I trust there will be more worthy examples.

As for leadership from the top, in a one-party community or state, that may not require bipartisanship. Thus we’ve seen sustained education reform in places like Florida and—in its way—California. But in most of America, including bellwether Massachusetts, big education change has required a commitment on both sides of the aisle to keep a reform agenda moving forward even when the governor or legislative leaders change. That’s not impossible today. It’s just harder than ever to achieve.

Yet culture shift will be the biggest challenge, and it goes beyond habits and attitudes to include the basic rhythms of family life in America. Sputnik, let’s recall, held big implications (or so we thought) for the country’s welfare but didn’t much affect the John and Jane Doe family.

So long as the overwhelming majority of parents view brick-and-mortar schools as the essential place both to educate and to look after their children five days a week, and so long as many parents find it difficult or impossible to materially assist their kids with learning at home, we’ll find ourselves loath to shift to a different form of education, no matter how superior it could turn out to be. Which brings us back to successful demonstrations, to leadership, and if I may, to the principle of school choice. For if and when the virus threat is vanquished by a vaccine or cure, it may turn out that transformed education is craved and valued by some families but rejected by others. Enabling and accommodating that kind of structural transformation may turn out to be the best available path to the future.