How education reform lost its mojo 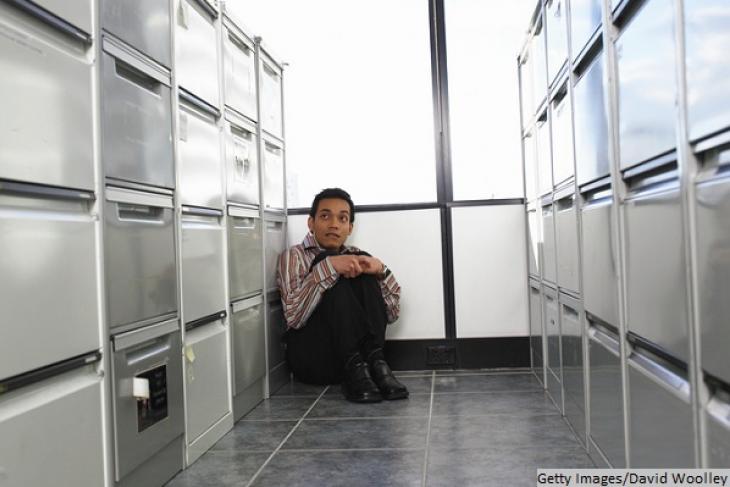 It's been a terrible, horrible, no-good, very bad summer for education reform. After many years of bipartisan support, key elements of the reform agenda—higher standards, better teachers, test-based accountability, parental choice—are starved for oxygen in both the Republican and Democratic party platforms. Earlier this month, the NAACP further upset the apple cart with a call for a moratorium on new charter schools. Not to be outdone, a "platform" released by the Movement for Black Lives (a group of organizations organized by Black Lives Matter) issued a scorched-earth condemnation of every aspect of the reform agenda, which it characterized as "a systematic attack…coordinated by an international education privatization agenda, bankrolled by billionaire philanthropists…and aided by the departments of education at the federal, state, and local level."

Response to this series of stunning attacks and political reversals has been muted. The usual groups have told journalists where and how they disagree with the antis. But there's been no outcry of support for the agenda items under attack, and certainly not from any political leaders, prominent columnists, etc.

This week, by marked contrast, the atmosphere inside the edu-bubble was set alight by—wait for it—John Oliver. The British comedian recorded a "takedown" of charter schools that was quickly and correctly dismissed by Reason‘s Nick Gillespie as "clever, glib, and uninformed." From the reactions of education reformers, however, you'd think Oliver was Edward R. Murrow and that the expose had appeared on 60 Minutes, not a late-night comedy show.

The National Alliance of Public Charter schools issued a defensive statement contending the Oliver's piece was "not representative of charter schools nationwide." The reform news site The 74 ran pieces protesting that the anecdotes in Oliver's spiel ignored "the vast majority of charter teachers and administrators go to work each morning prepared and determined to do right by their students." On social media, the gnashing of teeth and rending of flesh threatened to reach apocalyptic levels. The American Enterprise Institute's Rick Hess spoke for nearly no one when he tweeted, "It's hard to convey how little I worry about Oliver's views."

I'm with Hess. Armchair psychologizing is always a dangerous game, but my best hunch is that a kind of moral panic has set in among certain reformers—on both sides of the aisle, though it seems more pronounced on the Left. They have suffered a series of rebukes from critics, particularly in the civil rights community, who cannot be comfortably challenged. It's deeply odd, if you think about it: Reform, long marked by a pugnacious and crusading rhetorical style, may be losing both its will to fight and its ability to differentiate between genuine threats and mere irritants.

As my Fordham colleague Chester Finn recently observed, longstanding bipartisan support for the education reform agenda has collapsed: "As Democrats pander to teachers' unions and minority grievances and Republicans focus on social issues and culture wars, little energy remains for school reform." The Wall Street Journal recently argued that Hillary Clinton "used to support charters. Now she's for the union agenda." Left-leaning reformers are clearly reluctant to defend their beliefs or push back against their standard bearer, let alone throw a bone to the lifeless campaign of Donald Trump (who, for all his manifold faults, did give a speech last week that argued for "school choice, merit pay for teachers, and to end the tenure policies that hurt good teachers and reward bad teachers").

Thoughtful arguments can be made about the efficacy of these and other elements of the reform agenda over the last several decades. But if there's one clear, unambiguous victory that reformers can rightly claim, it's urban charter schools, which have generally served low-income kids of color very well. What’s more, they have done so for those who sought them out, not because anyone was compelled to attend them. Thus, the NAACP's recent call for a charter school moratorium stands as the unkindest cut of all. Ditto the wild, sweeping jeremiad from Black Lives Matter. Reformers who have been eager to embrace the social justice orthodoxy of that movement could not be expected to push back meaningfully. Indeed, with few exceptions, they have not.

I can't believe I'm about to type these words, but I'm starting to miss Michelle Rhee. In her heyday, I was not a fan of her “ready, fire, aim” style, her eagerness to make enemies and court controversy, or her apparent immunity to self-doubt. But let's give the former D.C. schools chancellor and her generation of reformers this: They kept the interests of kids at the top of their agendas and never shied away from a fight—and not just easy fights against former Daily Show correspondents. They took on meaningful struggles against entrenched political interests whose agendas conflicted with the educational needs of children.

We're watching the grand narrative of reform growing dull and diffuse, its moral authority enervated. Today's generation of education reformers exhibit something more akin to diffidence, even cowardice, and not without cause: After decades of dominance and setting the agenda for American education, we should have a few more successes to point to than a relative handful of successful urban charter schools. More remains to be done, of course. But if we are unwilling or unable to defend even those meager gains—or worse, if communities that plainly benefit from them have leaders who question their value and want them stopped—something is going very, very wrong.

A generation ago, education reform was a bare-knuckle affair. Jeanne Allen, founder and CEO of the Center for Education Reform and a true pioneer, recently issued an underappreciated manifesto noting that a "wave of amnesia has taken hold of American minds." Recalling the impact of "A Nation at Risk," the Reagan-era report that set the reform movement in motion, she wrote, “Many have forgotten, or never knew, what this report's message was and why it was so impactful. It was bipartisan, diverse, and it produced a generational commitment to education reform that has endured. Until now."

This is education reform circa 2016: politically orphaned, loath to ask much of fair-weather friends, and too morally exhausted and intimidated by "social justice" crusaders to defend its successes. It’s a movement cowed into a defensive crouch by late-night comedians.

Reform has lost its mojo, no question about it. It's not coming back until reformers remember how to fight. And when to do so.