How civic education can save America 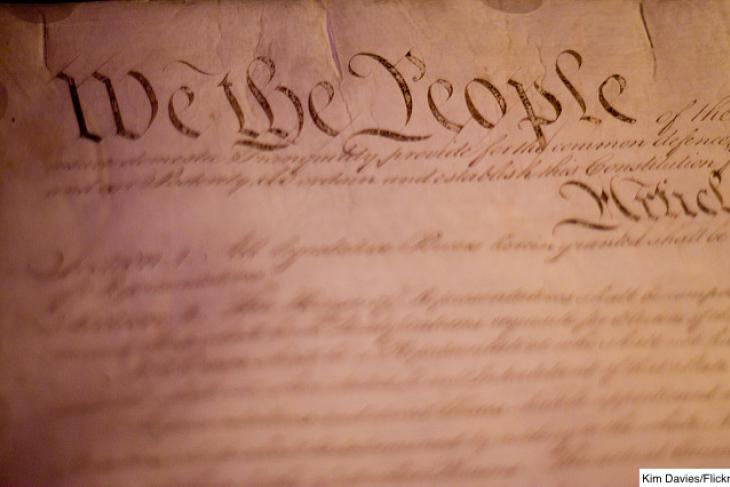 At an EWA webinar last summer, I was asked to name the best thing that could happen to restore civic education as a priority for U.S. schools. My spontaneous two-word answer: “President Trump.” That was good for a cheap laugh back in the days when the Huffington Post relegated coverage of Trump’s campaign to its entertainment section. It’s not so funny in the sweltering and divisive summer of Orlando, Dallas, Baton Rouge, and Nice, when we seem determined to push our tolerance for one another past the limits of human endurance.

Only the most rabidly partisan and deeply unserious among us is not a touch fearful, wondering what the hell is happening. The concern is especially deeply felt among those of us whose jobs require helping children to process the irrational actions of adults in a world that seems to inch closer to the edge every day. What will we tell the children?

Our opportunity—perhaps obligation is the better word—is to think long and hard once more about the civic mission of schools and restore a vision of schooling organized around an embrace of the civic ideals enshrined in the Constitution. A surprising and counterintuitive step in this process may be reclaiming and rehabilitating the “melting pot” metaphor as a central narrative of schooling. There is good evidence to think that the key to creating conditions that sincerely welcome and celebrate diversity may lie in focusing the attention of our children on what makes us one country and one people.

Writing in the American Interest, Jonathan Haidt, a social psychologist and New York University professor, offers an eye-opening analysis of the clash between “nationalists” and “globalists.” This conflict has given us the Brexit vote and the rise of Donald Trump, as well as the sense among many “that something dangerous and ugly is spreading.” Haidt’s essay is long and thoughtful, and it deserves to be reflected upon deeply. Its big idea is that globalization and rising prosperity have changed the values and behavior of the urban elite, “leading them to talk and act in ways that unwittingly activate authoritarian tendencies in a subset of the nationalists.” Those who dismiss those tendencies as mere racism, Haidt notes, “have missed several important aspects of moral psychology related to the general human need to live in a stable and coherent moral order.”

Nationalists see patriotism as a virtue. They think their country and its culture are unique and worth preserving. This is a real moral commitment, not a pose to cover up racist bigotry. Nationalists feel a bond with their country, and they believe that this bond imposes moral obligations both ways: Citizens have a duty to love and serve their country, and governments are duty bound to protect their own people. Governments should place their citizens’ interests above the interests of people in other countries. There is nothing necessarily racist or base about this arrangement or social contract. Having a shared sense of identity, norms, and history generally promotes trust.

Haidt’s illuminating essay draws deeply on the work of Karen Stenner, an Australian political scientist who studies authoritarianism, racism, and intolerance. Her core finding, per Haidt, is that “authoritarianism is not a stable personality trait. It is rather a psychological predisposition to become intolerant when the person perceives a certain kind of threat.” In other words, we are basically tolerant, but most of us have an “authoritarian button on our foreheads” that, when pushed, focuses us on defending our in-group. The authoritarian button is activated by what Stenner calls “normative threat,” which translates as a threat to the integrity of the moral order we perceive—“the perception that ‘we’ are coming apart.”

Haidt’s essay is not aimed at teachers. But his insights are critical for K–12 education, particularly those of us concerned with civic education and the citizen-making role of schools. It will be tempting—and wrong, I think—merely to dismiss it as an apologia for racism, bigotry, and nativism. Those who seek authoritarian solutions to political problems “are not being selfish,” he writes. “They are not trying to protect their wallets or even their families. They are trying to protect their group or society.”

The challenge for our diverse, pluralistic and democratic society—a challenge that, as ever, falls most heavily on schools, the civic institutions with the broadest reach in American life—is to blunt the sense that we are, in fact, coming apart. But there’s a paradox at work: While common sense would suggest that exposure to difference—discussion and celebration of diversity—should be critical to understanding and empathy, this humane and intuitive impulse might be precisely the wrong one. “All the available evidence indicates that exposure to difference, talking about difference, and applauding difference—the hallmarks of liberal democracy—are the surest ways to aggravate those who are innately intolerant,” Haidt quotes Stenner, “and to guarantee the increased expression of their predispositions in manifestly intolerant attitudes and behaviors.”

“Paradoxically, then, it would seem that we can best limit intolerance of difference by parading, talking about, and applauding our sameness,” Stenner observes. “Ultimately, nothing inspires greater tolerance from the intolerant than an abundance of common and unifying beliefs, practices, rituals, institutions, and processes. And regrettably, nothing is more certain to provoke increased expression of their latent predispositions than the likes of ‘multicultural education,’ bilingual policies, and non-assimilation.”

This is a startling and emphatic rebuke of recent decades’ abandonment of the melting pot as America’s defining metaphor in favor of multiculturalism, sometimes termed the “salad bowl.” If Stenner and Haidt are correct, the key to greater tolerance and even reducing the threat of hate-driven violence is not to celebrate diversity but precisely the opposite—to emphasize commonality. This invites a fascinating thought exercise for educators: Is the “normative threat” of difference blunted when we focus on the things that unite us? Is the formula for making diversity a point of pride and strength embedded within shared civic traditions and common purpose?

If you are over a certain age, a linchpin of your K–12 education was the image and narrative of your country as a melting pot. E pluribus unum. “Bring me your tired, your poor; your huddled masses yearning to breathe free.” Gradually, the term fell into disrepute, giving way to metaphors of quilts, mosaics, and kaleidoscopes. The salad bowl replaced the melting pot, which became an object of derision—and not without cause. The metaphor of a vast cauldron into which individuals from diverse background are tossed, emerging as one people, elides the myriad ways in which some groups did not, would not, or were not permitted to “melt.” For too many, the cauldron was a crucible. Still, the abandonment of the melting pot imagery, even as an ideal—the unum to balance the pluribus, a touchstone of the more perfect union we strive to build—may be precisely the kind of “normative threat” unwittingly activating the very authoritarian impulses we must blunt and avoid if we are to keep this republic. The opportunity is to see our way forward to a new, more capacious and generous vision of the melting pot.

I have often observed that the first and most important relationship a child builds with a civic institution is with his or her school. Haidt’s essay and Stenner’s eye-opening work offer a compelling rationale for a civic education renaissance as a means to cultivate in our children a sense of attachment to the nation and its civic ideals. It is not an overstatement to suggest that if we are threatened by intolerance and slouching toward authoritarianism, the civic mission of education is elevated—immediately and urgently—not merely to a priority for education itself, but something very much like a matter of national security.