How to challenge voracious young readers 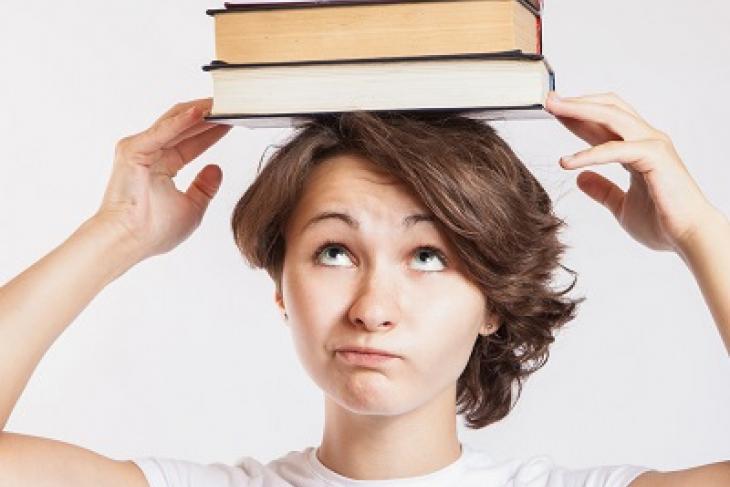 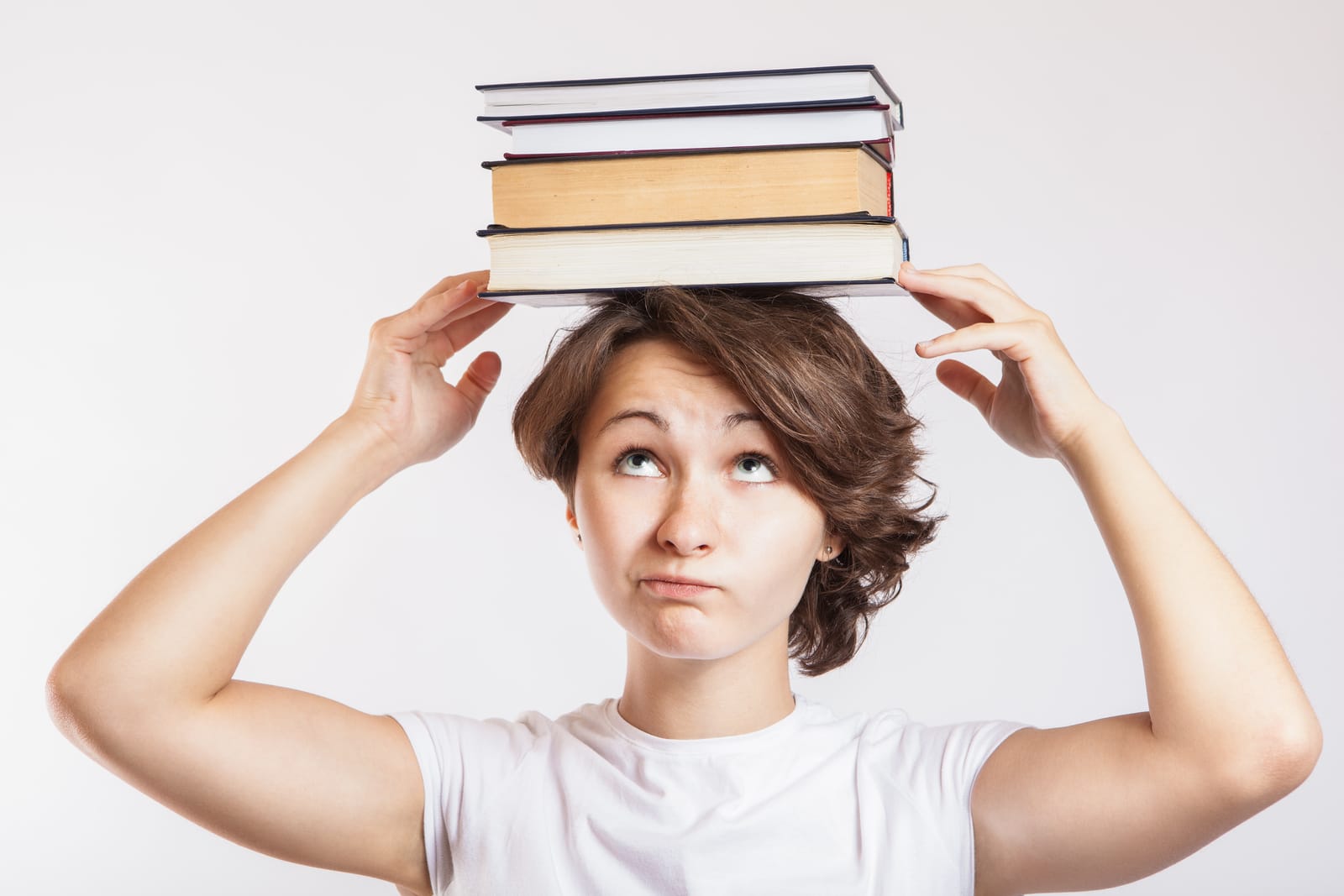 “Ambiguous” is a reliably fun word to teach sixth graders. They quickly grasp its essence and utility. I introduce it by explaining how I was once given a keychain with the legend “I Teach. I Make a Difference.” I assure my students that I have never used this keychain, for, in keeping with my unyielding commitment to personal excellence, I would only ever boast of making a positive difference. Then we have a lively discussion about the possible meanings of the keychain’s phrase. This discourse was evidently not forgotten by one student, who in June concluded a speech, "Mr. Sipe, you made a difference." Then she smiled wickedly and added, “A big difference!”

At least she didn’t declare this: “He could not disguise from my hourly notice the poverty and meagreness of his understanding.” That unambiguous teacher evaluation was penned by Thomas DeQuincey almost two hundred years ago in Confessions of an Opium-Eater. He dispatches another master as “a blockhead, who was in a perpetual panic lest I should expose his ignorance.” You don’t have to read far to begin to wonder if his titular waywardness was perhaps due to unrewarding schooling. “It is a bad thing,” DeQuincey observes, “for a boy to be and to know himself far beyond his tutors, whether in knowledge or in power of mind.” I wouldn’t challenge him on this.

The question of how to challenge a young Thomas DeQuincey is not merely academic—it’s entirely academic: I teach reading to about a hundred students a year, each of whom must spend a daily hour with me. I don't think it's unreasonable to expect at least one young Thomas per crop. Uncle Sam can speak loudly and carry a big stick when it comes to altering my instruction for students classified with learning disabilities, but he minds less how I teach those with learning gifts. While I can cut some rug in the differentiation dance, I just don’t see how I could slice my curriculum or my instruction to young Thomas’s satisfaction.

Students can be as quiet about their gifts as Uncle Sam is, but young Thomas was not. A beloved teacher said of him, “That boy could harangue an Athenian mob better than you or I could address an English one.” Given DeQuincey’s schoolboy hobby of translating newspapers into Greek, I suspect his contempt for our unit on The Adventures of Ulysses would be Homeric.

DeQuincey was not the only English writer dissatisfied by school. W. Somerset Maugham, humiliated for his speech impediment, wrote that his school “looked upon learning with suspicion.” In “Such, Such Were the Joys,” George Orwell shares his enduring understanding: “Failure behind me, failure ahead of me—that was by far the deepest conviction that I carried away.” Roald Dahl’s portraits of cruel and stupid masters in Boy are indelible. And about the least damning thing Morrissey has to say about school in last year’s Autobiography is this: “Exactly why I am here, and what it is I am meant to do, is beyond me.”

While it could be argued that their schooling may have contributed to later achievements—you don't, at least, get the sense that these authors struggled with writer’s block on the subject of school—it certainly didn’t nurture their gifts. On the other hand, there's no denying that their teachers challenged them. You might even say their teachers made a big difference.

Which brings me back to the question of how I can make a difference for my gifted students. What these authors wrote about school does offer guidance. I find it instructive that they seem to have gained their erudition despite school, not because of it. Accordingly, I don't think young DeQuincey et al. would much need a sixth-grade reading teacher.

But perhaps they could use a helpful librarian. I'd recommend that DeQuincey read Somerset Maugham's The Lotus Eater as a cautionary tale, and I'd lend Maugham Black Swan Green by David Mitchell, so he'd know he's not the only stammerer having a rough time at school. Mitchell, it’s worth pointing out, recalls “three or four gifted teachers.…They exposed me to some fine writers and encouraged my covert bookishness.” I don’t, thank heaven, have to be gifted to do that. Nor would I even have to be talented to afford George Orwell one of his few respites from scholastic misery, “getting in an hour's undisturbed reading."

I first read Orwell’s “Such, Such Were the Joys” long before I became a teacher. Then I read it with satisfaction, understanding it as justifiable retribution. Now it's tough to read, especially sentences like this:

This business of being out for a walk, coming across something of fascinating interest, and then being dragged away from it by a yell from the master, like a dog jerked onwards by the leash, is an important feature of school life, and helps to build up the conviction, so strong in many children, that the things you most want to do are always unattainable.

It's not, for various reasons, something that seems wise to explore at length in print, but I will say that fourteen years of teaching and fifteen months of fatherhood have brought to my repeated notice the useful preparation that dog ownership offers for both endeavors. Orwell's simile almost put a lump in my throat. It recalled the first time I took my grouchy terrier, Roosevelt, to the seashore when he was a puppy. What happened next was the revelation that unbridled joy is not always a figure of speech. To very gingerly pursue this metaphor, I wouldn't take the collar off young Eric Blair during our daily hour; but I'd like to think that the most I'd pull his leash would be to propose that, although "George" was a fine start, perhaps he could come up with a better surname.

“When your gift unfurls," Morrissey sings on a B-side. Morrissey singles are my kind of professional development, and his (more politic) metaphor indicates how this reading teacher can make a difference: I can help undo a knot here or there and lend a hand to move those gifts from a flutter to a flap. The biggest, most positive difference I can make for gifted students is to differentiate between my instruction and my interference.

I’m sure I’d disguise nothing from young Thomas’s hourly notice, nor would I be likely to escape his pen. But neither would I want him to record our hours as wasted. For, as he concludes, though not without a note of ambiguity, "At that happy age, if no definite boundary can be assigned to one's power, the spirit of hope and pleasure makes it virtually infinite.”

Topics:
Curriculum & Instruction
High Achievers
Thank you for signing up!
Please check your email to confirm the subscription.