The horror and hope of Camden 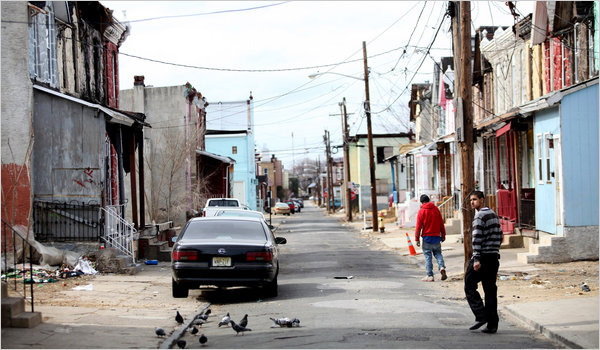 The first time I drove through Camden, New Jersey, I was shell-shocked.

I was the state’s deputy commissioner of education and was on my way to one of the city’s schools, where Governor Christie was hosting a bill-signing event. I had previously visited one of Camden’s alternative schools, but I had been ferried by a local who, I later figured out, knew the roads inside and out.

I had heard countless stories about Camden’s sad state but hadn’t truly witnessed it during that trip. But the online map provider I used for my first solo journey showed that it knew less about the city than I did. It generated a route that took me on a tour I will never forget.

To that point, the two most tragic cities I’d seen were Detroit and Cleveland. Yes, both have areas that still give the appearance of vibrancy, but venture a bit further out and you see countless deserted buildings and decaying neighborhoods.

Then you see kids.

The cruelty these environs inflict on boys and girls is unspeakable. It’s why I do this work.

But what I saw in Camden was even worse. Entire blocks had fallen apart. The street activity, meager as it was, was unwholesome to say the least. The city felt not just hollow but abandoned.

The worst part was when I finally made my way to a larger thoroughfare and saw a sign indicating that I’d found a “safe corridor.” I was dumbfounded. Camden’s authority had evidently retreated, conceding territory to the city’s malign elements so it could protect a few streets.

It takes your breath away to think that children are subjected to this.

I hesitate to recommend anything produced by Matt Taibbi, a polemicist of the first order, a writer with the great courage to never let fairness stand in the way of a good story. But his piece in the most recent Rolling Stone, despite its flagrant anti-Christie bias, is worth the read. The title says it all: “Apocalypse, New Jersey: A Dispatch From America's Most Desperate Town.” It is eye-opening…and tear-inducing.

Strangely, though, the article all but ignores education. It shouldn’t have.

In a state with deeply troubled urban districts—Newark, Paterson, Asbury Park—Camden’s stands apart for its calamitous results. For those of us who believe that public education’s purpose is to mitigate the influence of poverty, to help all kids succeed despite out-of-school forces, Camden’s district has for years been an affront.

The outcomes speak for themselves: 23 of its 26 schools fell into “Priority” status—the category reserved for the state’s very lowest-performing schools. Of all the Camden students who took the SAT last year, only three—three—scored high enough to be deemed college or career ready.

One plotline of this tragedy is that the state—actually, its judiciary and various misguided advocates—had thought it had solved Camden’s educational woes years ago. Through a series of beyond activist decisions, courts mandated exorbitant funding increases and other interventions. As a result, Camden receives about $25,000 per student, about twice the national average. This means Camden’s district is spending about $100 million for each college- or career-ready student it produces.

Despite all of this, there is reason for hope.

First, Camden has some astonishingly dedicated and talented educators. It seemed like every time I attended an event, I’d come across a Camden teacher who’d passionately tell stories of the herculean efforts being put forth to better serve kids. That so many adults would brave—no, fight against—such desperate conditions for the sake of boys and girls speaks to the honor and commitment of the best of this profession.

Second, the state’s leadership is all in when it comes to turning the tide. For example, during my time there, the Department of Education had a state agent in Camden charged with helping the district with its finances. A state team was sent in to conduct a thorough analysis of the district’s operations. The state collaborated with the district to apply for a federal Teacher Incentive Fund grant to improve educator effectiveness. Probably most notably, the state, which was developing seven “Regional Achievement Centers” to improve school performance across the state, dedicated one to Camden alone.

At a more macro level, despite Taibbi’s insinuation, I know from firsthand experience just how committed Governor Christie is to Camden. He desperately wants to improve the state of the city and the prospects of its students.

The same goes for my former boss, the incomparable Chris Cerf, New Jersey’s commissioner of education and undoubtedly one of the nation’s best state chiefs. He instigated and led the activities listed above. And most importantly, he and the governor recently decided to exercise their authority to take over the district and appoint a new leader.

This has led to the third and most compelling reason for hope. The inspiring and extremely able Paymon Rouhanifard, the new superintendent, began his tenure with a 100-day listening tour and came away encouraged and with steeled resolve, as described in his op-ed (coauthored by school board’s president) responding to the Rolling Stone article. He should release the details of his roadmap soon.

But he won’t be at it alone. In addition to the city’s existing corps of devoted educators, Camden has numerous community leaders thirsting for change. There are also businesses and philanthropists eager to help the cause. And Ryan Hill, the exceptional leader of KIPP’s cluster of high-performing charter schools in Newark, is planning to start new schools in Camden. Hopefully, other great CMOs will follow suit.

I’ve since moved my family back to Maryland, but the Garden State is still in my heart, and Camden has a big piece of it. I’m going to be watching its developments closely. I hope you do, too.

And if Christie, Cerf, Rouhanifard, Hill, or any other Camden leader asks you to lend a hand, I hope you consider it. There will be many opportunities to contribute through official government positions, school-level work, or in the supportive nonprofit organizations that are likely to expand or emerge.

Camden’s kids deserve so much more. Maybe some of you can help give it to them.