Holistic admissions: The good, the bad, the ugly 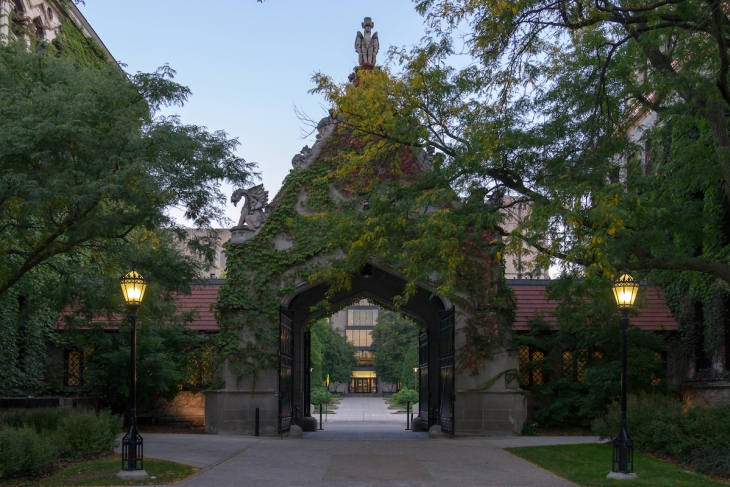 As the Supreme Court weighs the future of race-sensitive affirmative action in admitting students to selective colleges, all manner of ideas are popping up for how to achieve “diversity” in the entering class without explicitly counting by race.

Yes, there’s much to be said for diversity of all sorts, both for the sake of students who benefit from it—future opportunities opened, chances to work and play with people unlike oneself, etc.—and for the benefit of the country’s future, as we are surely better off if those who will play leading roles in myriad fields don’t all look (and think) alike.

Don’t skip the thinking alike part. That’s also diversity. Much of the point of going to college is to grapple with ideas, attitudes, opinions, and experiences very different from one’s own. That’s lost when even a rainbow of different-looking students all share—or are pushed to share—the same views, whether the topic is climate change, Shakespeare’s sonnets, civil rights, or microbiology.

But that’s not what the Court is grappling with this term. The hot challenge is racial diversity and by what criteria to ration and allocate access to the scarce—too scarce, say I—good known as elite college educations.

Much the same issue, it must be noted, besets selective-entry programs and institutions at the K–12 level. Hence all the furor over admission to places like Bronx Science, Lowell High School, Boston Latin, and Thomas Jefferson.

Recall that, once upon a time, “objective” tests such as SAT and ACT were invented in order to diversify enrollments in elite colleges by creating a common metric that admissions offices at Princeton and Yale and Amherst and such could use to evaluate the preparation, ability, and readiness of kids from Podunk High School in Peoria or Caspar alongside those from Scarsdale, Newton, and Andover. But such “objective” measures are falling out of favor, both because such scores reveal only one side of a candidate’s qualities and characteristics and because an admission system based on them (obviously) ends up favoring high scorers, an awful lot of whom turn out to be Asian and White.

Let’s stop right here and ding the K–12 system for its failure to alter that condition, and not just take it as a permanent given. If our elementary and secondary schools were better at helping poor and Black and Hispanic kids achieve at high levels, diversity and discrimination in college admissions would not be so at odds. But that would mean a full court press on closing the excellence gap, starting in kindergarten, if not before.

Absent such gold-ribbon equalizing of opportunity, the chief alternative to test-score-centric admissions is commonly called “holistic admissions.” But that turns out to be about as precise an idea as the proverbial blind men’s elephant.

Here’s a not-bad version from the Association of Public & Land-Grant Universities, one that also takes account of the present legal status of this practice:

Holistic review is a university admissions strategy that assesses an applicant’s unique experiences alongside traditional measures of academic achievement such as grades and test scores. It is designed to help universities consider a broad range of factors reflecting the applicant’s academic readiness, contribution to the incoming class, and potential for success both in school and later as a professional. Holistic review, when used in combination with a variety of other mission-based practices, constitutes a “holistic admission” process.

In 2003, the U.S. Supreme Court officially described the strategy as a “highly individualized, holistic review of each applicant’s file, giving serious consideration to all the ways an applicant might contribute to a diverse educational environment”....

The desired outcomes of a holistic admission process will vary depending on each institution’s mission and goals. However, one core goal of a holistic process is the assembly of a diverse student body—diverse not only in race, ethnicity, and gender, but also in experience, socioeconomic status, and perspective. A key tenet of holistic review is the recognition that a diverse learning environment benefits all students and provides teaching and learning opportunities that more homogenous environments do not.

Note that this version retains “traditional measures” such as test scores and grades, while adding a bunch of other considerations. One might say it’s meant to be both objective and subjective, though in an era of grade inflation and test-coaching, it’s hard to be certain whether what appears to be objective really is.

Other versions of holistic admission try to avoid test scores and GPAs altogether and instead rely entirely on essays, interviews, questionnaires, recommendations, and other personalized (and inherently subjective) elements of an applicant’s file. This ability to look at someone’s background, life experiences, socio-economic circumstances, and the demographics of his or her community or present school enables admissions staffers to—one might say—curate the entering class to align with the institution’s sense of its mission and values.

Lots of educational institutions, particularly in the private sector, have long engaged in a form of holistic review combined with “traditional” measures. Which is to say, they use a well-calibrated scale but then put their thumbs and fingers and pogo sticks and free weights all over it. Thus we have preferences of all sorts, such as the children of alumni, major donors, and faculty members, and we also find the kind of hand-crafting that ensures there will be a bassoon player for the orchestra, a right tackle for the football team, an editor for the college paper—and enough classics concentrators to justify continuing to pay those professors of Latin and Greek.

These have long been viewed as standard practices in college admissions. So, too, has been the use of “objective” factors to shrink the pool so that the “holistic” part can be applied to, say, 5,000 candidates rather than 50,000. (For as long as I can remember, most medical schools used cut scores on the MCAT test to whittle down the applicant population to a manageable number to put through the interview-and-references process.)

Creating a cut-off based on test scores has definite advantages. It’s vastly less expensive, and in key respects, it’s less corruptible and vulnerable to favoritism and influence-peddling. When Senator so-and-so calls the principal of Stuyvesant High School to ask why his niece wasn’t admitted, the straightforward answer is “Sorry, Senator, she didn’t make the cut-score on the test that all the applicants took.” (But of course, it’s corruptible in another way, as some kids who did make the cut-score benefited from tutoring, cramming, boot camps, and other advantages arranged and paid for by their striving and probably prosperous parents.)

Nowadays, however, the biggest issue with the traditional “objective” measures of readiness for elite schools and colleges is that they don’t yield a suitably “diverse” entering class. We’re mostly talking race here, and that’s the hottest-button issue and greatest constitutional entanglement, though it might also entail religion, gender, sexual orientation, disability status, geography, poverty, and other attributes of “diversity.” Yet all such balancing acts entail both winners and losers because, once again, we’re talking about the rationing of a scarce and highly-valued good. And when public institutions (and to a less extent private ones) are involved, we run into all manner of categories that are legally not to be discriminated again.

So we value both diversity and non-discrimination. But in the end, they’re mutually contradictory. You simply cannot satisfy both.

In an angry Sunday column, George Will had this to say about the current legal situation:

In two 2003 cases from the University of Michigan, the court ruled against the undergraduate admission policy of adding 20 points to each Black applicant’s admissions index (the equivalent of adding a full letter grade to the Black applicant’s record). But the court upheld the law school’s practice, which avoided such inconvenient explicitness: The law school considered race as part of what the court called a “holistic” evaluation of applicants. The court thereby endorsed a vocabulary that can nullify the legal consequences of any ruling against racial preferences. Preferences continue if the sordidness is obscured by a semantic fog.

To me, holistic admissions is more than fog, more than lipstick on a discriminatory pig. Properly done, it enables the admissions team not just to curate the entering class that their institution seeks, but also to, as the term implies, look at the “whole” applicant. Much as summative testing by schools and states (and NAEP) does tell us a lot about academic achievement, it tells us nothing about students’ creativity, stick-to-ive-ness, passion, aspirations, integrity, or circumstances.

Yet holistic admissions can indeed be a fog to shield discriminatory practices from view, from comment, and from corrective action. It gets extremely expensive if the admissions team is serious about looking closely at thick folders or computer files on tens of thousands of candidates. And it is indeed corruptible, wide open to favoritism, influence-peddling, and other practices as unsavory as discrimination.

Is there an alternative? In a fascinating Washington Post op-ed, Harvard economist Roland Fryer describes his own painful path from tough circumstances to tenure, remarkable achievement and wide acclaim. He pooh-poohs “affirmative action” as commonly practiced by elite institutions because it ends up admitting mostly well-to-do Black and Hispanic candidates, not those who are truly disadvantaged (as he had been). But he insists that a different version of it might achieve the desired purpose. Instead of relying on racial quotes and human judgments, he would entrust the review of applicants to sophisticated algorithms attached to artificial intelligence:

A machine-learning model would be fed historical admissions data, including candidates’ family background and academic achievement, and noncognitive skills such as grit and resilience, along with outcomes of past admission decisions. It would use these data to predict new applicants’ performance—as defined by each institution, such as college grade-point average or income ten years after graduation. The model could figure out which characteristics best predict performance for various subgroups—for example, how salient SAT scores are for public-school Black students raised in the South by single mothers versus private-school White kids from the Northeast. If we use only unadjusted test scores, all that context is lost.

Worth trying? Perhaps. It would surely create unemployment among today’s admissions officers. It would introduce another kind of objectivity—maybe best termed faux objectivity—into the process by subjecting everyone to the same algorithms, but of course those would be algorithms with all sorts of preferences built into them. It would also surely become more difficult to persuade judges that they are or aren’t discriminatory. In the end, such determinations would have to be based on the resulting statistics, not the selection process itself, and that (to my discomfort) smacks of “disparate impact” analysis rather than discrimination against actual human beings.

I don’t envy the nine justices on this one (eight in the Harvard case, as Justice Ketanji Brown Jackson is recused due to having been a former Overseer there).