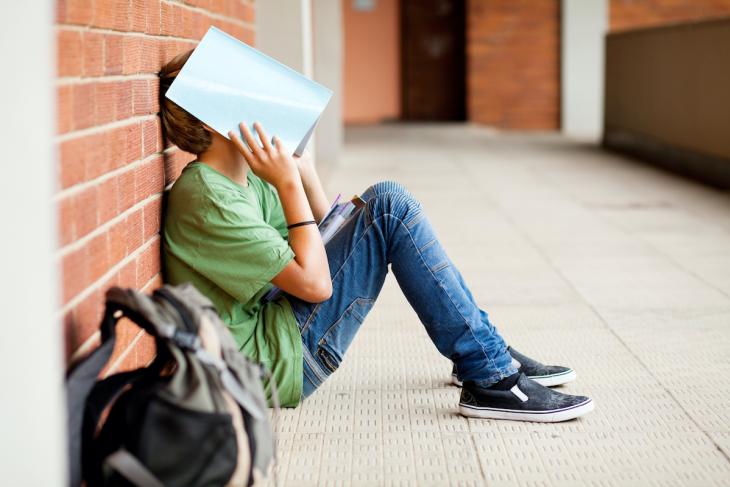 A couple years ago, a high-profile dispute played out between the Texas Education Agency (TEA) and the federal Department of Education, with a January 2019 New York Times headline pronouncing, “Texas Illegally Excluded Thousands From Special Education, Federal Officials Say.”

Readers may recall that Texas implemented a policy that required school districts to reduce special education caseloads. This study, conducted by economists at the University of California-Davis and Cornell, exploits variation in special education placement driven by this policy to estimate short- and longer-term effects of reducing access to these services.

In 2005 the TEA implemented a district-level special-education enrollment target of 8.5 percent—apparently in response to an unexpected budget cut—which led to an immediate drop in such enrollment. Besides the pressure to reduce enrollment, there were no other real changes introduced. Sure enough, over the next ten years, special education enrollment dropped from 13.0 to 8.5 percent. By 2018, about 225,000 fewer students were enrolled in special education programs annually across the state.

The study utilizes a couple empirical models, but mainly a difference-in-differences strategy that compares changes in special education removal, educational attainment, and labor market outcomes across cohorts before and after the policy, and with differing amounts of treatment intensity. The idea is that districts with higher pre-policy special education rates faced stronger pressure to reduce rates, and that cohorts were treated differentially based on how long they were exposed to the policy.

The main sample consists of fifth-grade special education cohorts (since special education identification typically levels off by fifth grade), enrolled between 1990–00 and 2004–05—which was the last cohort diagnosed before the special education target was enforced. Ninety-one percent of students with special needs who are diagnosed by fifth grade have malleable disabilities, such as speech impairment, learning disability, and attention deficit hyperactivity disorder (ADHD)—not physical or severe cognitive disabilities (non-malleable)—so analysts look at those two groups separately.

The key finding is that for the overall sample, students with special needs enrolled in the average district experienced a 3.5 percent point (12 percent) increase in the likelihood of special-education removal, a 1.9 percentage point (2.6 percent) decrease in the likelihood of high school completion, and a 1.2 percentage point (3.7 percent) decrease in the likelihood of college enrollment after the policy’s introduction. Specifically, for students with malleable disabilities on the margins of placement into services, removal from special education decreases high school completion and college enrollment by 52 and 37 percentage points, respectively. These are large effects, but the analysts contend that because the students now had to take the exit exam—and take it without modifications—it was harder to meet graduation requirements. And in fact, students were indeed much less likely to pass the exit exam. There were no statistically significant differences for students with non-malleable disabilities.

All of that said, they did not find that removal from special education leads to significant declines in long-term outcomes, including college degree attainment or earnings in the labor market measured six years after graduation.

Bottom line: Imposing an enrollment cap for special education is not the way to address spiraling costs. Still, we desperately need smart solutions about how to serve students with special needs better and more efficiently. We at Fordham have long bemoaned that our special education system is antiquated. Moreover, there’s little incentive to improve it for ill-served students, and districts are at a loss with how to fund it properly. Texas’s shake-up missed the mark, but another might yield improvements. Let’s not give up on trying.