"Hamilton" is a miracle of civics education 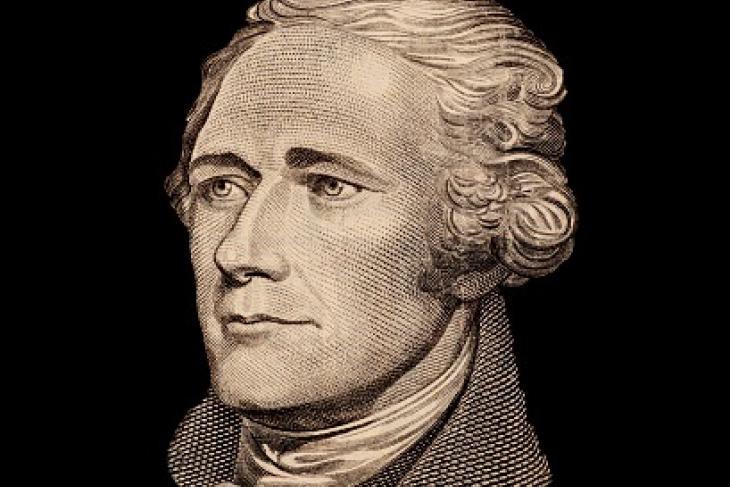 Today marks the first class in a yearlong seminar in civics and citizenship I teach at Democracy Prep Charter High School in Harlem. My goal is for students to see America as their own, a country worthy of their dreams and ambitions. I will assign readings and papers, lead discussions, and design tests. I should take them all to see Hamilton on Broadway as well.

More than just an inventive musical or a hip hop history lesson, Hamilton accomplishes in two and a half hours what I will spend a year attempting to do in class, and what K–12 education barely even bothers to attempt anymore: It transfers ownership of America’s ideals and ambitions from one generation to the next.

The show’s star and creator, Lin-Manuel Miranda, read the story of one of the nation’s most brilliant and volatile founders and saw echoes of Jay Z, Eminem, and Biggie Smalls. “I recognized the arc of a hip-hop narrative in Hamilton’s life,” he said in a recent interview. If the parallels are not obvious to you in the biography of the author of many Federalist Papers and America’s first treasury secretary—and they certainly weren’t to me—perhaps that’s the point.

“Lin is telling the story of the founding of his country in such a way as to make everyone present feel they have a stake in their country,” observed Oskar Eustis, artistic director of New York’s Public Theater, where Hamilton first debuted. “By telling the story of the founding of the country through the eyes of a bastard, immigrant orphan, told entirely by people of color, he is saying, ‘This is our country. We get to lay claim to it.’”

That’s the thrill of the play and its moment in our national evolution. Miranda has resurrected those who often get dismissed in progressive education circles as “dead white males” as alive, young, black, and brown Founders whose ideas and ways of expressing them are vividly of the present. It is no exaggeration to say that transforming Hamilton into a contemporary American everyman is a miracle of civic education, the most gratifying handoff of American identity to a new generation you’re likely ever to see.

And it must be seen. Portraying a cabinet meeting about the national debt as a rap battle between Thomas Jefferson and Hamilton may sound irreverent, even ridiculous. You watch, listen, and think, “It’s their country now, and I’m just growing old in it.”

Only the thought is not melancholy, it’s electric. Indeed, the ideal audience for “Hamilton” may not be students and their teachers, who hope the show will make history “relevant”; it’s future dead white males like me, who want to be reassured that the next generation can carry on the American experiment. The show “convinces us that hip hop and its generic cousins embody the cocky, restless spirit of self-determination that birthed the American independence movement,” wrote Dominican-American author Junot Diaz in a Facebook post after seeing the show earlier this year. Um...word.

It couldn’t happen at a better moment. And no, I’m not just talking about the Trumpification of the presidential campaign. This was the summer intellectuals read, and frequently revered, Between the World and Me, Ta-Nehisi Coates’ grim meditation on race and violence. Its message is that the American Dream is a lie, that the injustices of the past are ever present and inescapable. It’s a dispiriting, even nihilistic book. Followed to its logical conclusion, it makes teachers tacitly complicit in perpetuating those injustices. After reading Coates, I was depressed. After watching Hamilton, I was restored.

As Americans, we hope for each generation to make America its own while embracing its ideals and respecting its history. Ideally, that happens in schools. At Hamilton, it happens before your eyes on stage. Some patriotic and civic-minded philanthropist should help every student see it for $10. My students will be first in line.

Editor’s note: This post was originally published in a slightly different form at the Daily News.