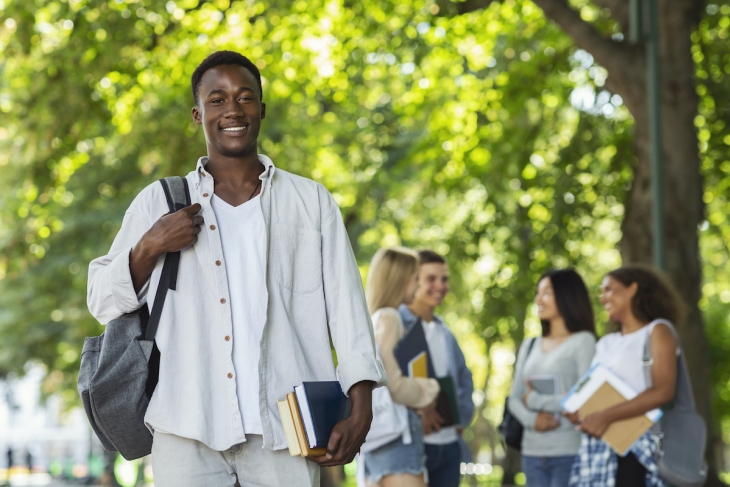 Generation Z and Millennials are optimistic about their future and confident it will be filled with opportunity, despite the pandemic and other problems they face. Two in three (67 percent) believe they “have the opportunity to achieve the American dream,” with more than one in two (56 percent) saying “all people in my generation” can achieve it. They are determined to bring their own time and passion to solving problems they face. And they’re critical of what K–12 schools are doing to prepare young people for the future.

These and other findings are from a nationally representative survey of 1,000 Generation Z (ages thirteen to twenty-three) and 1,000 Millennials (ages twenty-four to thirty-nine) conducted in mid-January 2021 by Echelon Insights, following a similar June 2020 survey. The current survey asked how these young people view their future and the American dream after experiencing the 2007 Great Recession and confronting social and environmental issues along with the current pandemic and its economic fallout.

While generally optimistic, they are not naïve and know they face serious challenges. Nearly one in two (48 percent) don’t think things are going well for their generation but believe it is within their power to improve matters. They aren’t optimistic about their elders doing much, with slightly more than one in four (28 percent) believing that “generations older than mine” will bring about “positive change during [our] lifetime.” But nearly six in ten (59 percent) believe that “my generation” will play a role in bringing about positive change during [our] lifetime,” and almost seven in ten (69 percent) say “my generation will be able to adapt to overcome” (38 percent) or “create change to get rid of” (31 percent) obstacles in our way.

Interviews with nearly 150 individuals provide details on what the American dream means to these young people. They describe it as having the freedom and opportunity to build their lives on their own terms. It’s about creating many pathways to success, countering the view that there’s a one-size-fits-all definition of success.

Predictably, individuals having more years of education and living in households with higher incomes are more optimistic about their ability to achieve the American dream. And there are racial differences in responses to those questions. Nearly one in two (48 percent) Black and over one in four (27 percent) Hispanics respondents believe racial inequality will be either an “extremely” or “very big” problem for them. On the other hand, those who are Black (63 percent) and Hispanic (54 percent) are more likely than Whites (43 percent) to believe they will have a better life than their parents. Ultimately, though, more than seven in ten (71 percent) expect their lives to be the same or better than their moms’ and dads’ lives.

The most striking attitude of these young people is their faith in the work ethic. More than eight in ten (81 percent) think that “If I work hard, I…will…succeed in life.” Hard work not only brings success, seven in ten believe it allows them to move up the economic ladder. And more than seven in ten (73 percent) are interested in starting their own business, with those from lower-income families or with lower incomes less confident they can get the resources necessary for that.

These young people are almost equally divided when asked if K–12 schools are on the right track (38 percent) or wrong track (40 percent), with 22 percent unsure. The two highest areas where they think schools are doing poorly are “career or job skills” (38 percent) and “basic financial skills like budgeting” (32 percent). But they haven’t given up on K–12 schools. More than four in ten (41 percent) believe that teachers and principals from their own generation will bring “positive change” to them.

So these Gen Z and Millennials are optimistic about their future and ability to achieve the American Dream—though deeply aware of the significant problems that confront them. They also believe schools are important community institutions for preparing young people for adult success—though critical of what they are doing to achieve this. Finally, they are determined to use their talents to achieve positive change in the world and lead a self-determined life that achieves the American dream.