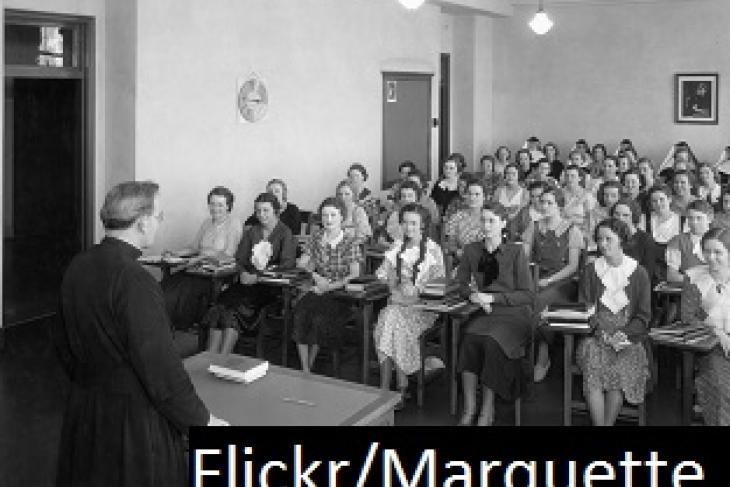 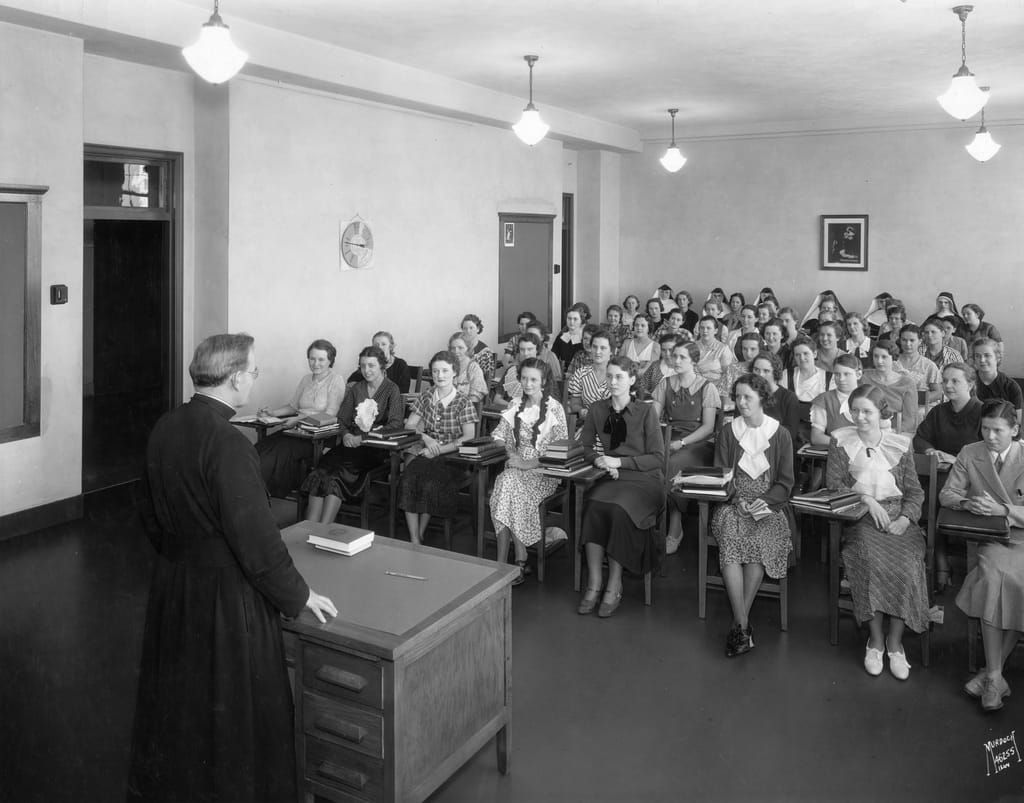 On November 11th, the Fordham Institute’s Chester E. Finn, Jr. addressed a private meeting of reform-minded Catholic education leaders and philanthropists. What follows is adapted from his remarks on that occasion.

Two big changes in American education policy over the past several decades have been good for the country and for kids in general, but not particularly good for Catholic schools, especially the urban variety.

First, families now have myriad choices, many different kinds of schools and ways of getting educated, so we no longer take for granted that our child will go to your neighborhood or parish school. Second, we now judge schools by their results, not by their inputs, intentions, or reputations, and we’re increasingly hard-nosed about those results, looking—probably too much—at test scores and graduation rates and such.

Both of these changes have tended to leave Catholic schools behind. With some worthy exceptions, their leaders haven’t tried very hard to take advantage of them. They haven’t been nimble or enterprising in making use of the opportunities presented by new forms of publicly supported choice. Nor have they—or private schools generally—done well in accommodating the shift to judging schools by quantifiable and comparable outcomes.

Integral to both big shifts has been the creation of uniform, statewide, grade-by-grade academic standards. Accompanying those standards are statewide assessments, followed by complicated reporting and accountability schemes. In some places, Catholic schools must participate in these, usually as a condition of receiving students with vouchers; in a handful of places, diocesan authorities have willingly joined in, but nobody would say there’s been a great rush by Catholic schools to be compared—with charter schools, with district schools, with other private schools, even with each other—on the basis of academic achievement.

Yes, there are solid arguments to be made about both the differentness of the Catholic school curriculum and the shortcomings of state standards and tests. But on balance, I think, it’s been a mistake, one that we wouldn’t dream of accepting in other sectors. Imagine Catholic hospitals, for example, not participating in the Medicare hospital-information system. Pick any Catholic hospital in the land, look it up on this Medicare site, and you can easily obtain all sorts of information about the quality of care that it provides, including postoperative complications, readmission rates, death rates for heart-attack patients, what former patients think about the nursing, and on and on. Moreover, all of these data can be compared with national hospital averages, with state averages, and with other hospitals in the area.

I defy you, however, to find anything even faintly analogous for Catholic schools. Yet how can any entity compete successfully in a competitive market if it doesn’t make it easy for prospective clients, employees, benefactors, and others to know how it’s doing across multiple metrics and in comparison with others in that market?

Granted, Catholic schools strive to do important things for the children who attend them beyond adding to their test scores. They’re also good for communities—especially the urban variety—for Catholic churches, and for the Church as a whole. The best of them are surely worth preserving, improving, reconstituting, maybe expanding or replicating. It’s time to end their slow decline and all the handwringing. But how?

I have five suggestions, some admittedly more actionable than others.

First, there needs to be some triage here. Some Catholic schools are worth expanding. Some ought to be closed. Some are worth trying to repair. But other than the obvious market tests of popularity—do enough people want to attend—and financial viability, you’re going to have trouble determining which schools belong in which category absent a great deal more data than we have today. So gather it. Analyze it in sophisticated ways, and make it transparent to the larger world. I think you should include more data that’s comparable with public schools, which would almost surely mean taking the state tests. But you could engage in a great deal of useful analysis (and triage) within the Catholic school universe without necessarily embracing state standards and assessments.

Second, put more effort into starting schools, networking schools, and replicating good schools than into salvage and rescue efforts. I know it’s not a sharp distinction, and networking may improve the prospects for rescue, too. When a colleague recently took charge of curriculum and instruction in a newly assembled network of Catholic schools, she faced several challenges: There was no systematic or standards-aligned curriculum, no discernible instructional model, woeful achievement, weak data, and weaker uses of it. Mind you, these are Catholic schools that serve needy kids in tough neighborhoods. Yet they’re not good schools today by any modern definition of good schools. Just keeping them going as they have been is not a cause I’d invest much in, if only because the kids they teach deserve something far, far better. But the radical overhaul they need likely wouldn’t happen without the infusion of expertise and resources—and fresh eyes—that is part of networking.

Third, most Catholic schools need to modernize across all sorts of areas, not just governance and business management. I’m not the only person who believes that blended learning is tailor-made for individualization within Catholic schools, as well as for economizing, updating staff structures, and making school a lot more engaging for kids. See what can be done with flipped classrooms. And let’s see some other kinds of innovating, too: some Catholic schools that focus on gifted pupils and some that focus on special-needs students. Integrate quality preschools into elementary schools, and meld quality postsecondary options with high schools. Build in teacher training and retraining as the best charter management organizations have done. Deploy school principals with very different backgrounds than today’s. And don’t assume that traditional academics are the only way to go. What about some terrific career-technical schools, perhaps teamed up with apprenticeship programs, community colleges, and nearby Catholic colleges?

Fourth, find ways of engaging more successfully with public policy in ways that benefit Catholic schools and students. Sure, that includes vouchers and such, but there are many other possibilities, such as amending state charter laws to allow existing private schools to convert and even making room for religious charter schools.

Fifth, recognize that fewer people are going to send their children to Catholic schools just because they’re Catholic. Many more will be looking for things that Catholic schools have traditionally been known for—academic achievement, discipline, character and values, good behavior, safety, caring adults—than will be seeking religion per se. Here again, I believe you need to be able to muster evidence—reliable, transparent evidence—that the schools truly do all things—and do them better than other schools. That means more than data; it also means serious research.

If you offer people better schools—schools that you can prove are better, not just assert are better, and not just in terms of achievement but across a number of domains that are important for kids—and if they’re accessible and affordable, people will send their children to them. But what to do with thousands of existing schools that present such a mixed bag of betterness and not-betterness and that, by and large, can’t prove it? Back to triage, focused on places—cities, metro areas, maybe states, but not the whole country. Don’t be too sentimental. And start with places that are growing, not places that are dying.

There’s opportunity ahead for Catholic schools. It arises partly from the election returns and other political changes, including slowly weakening teacher unions. But it also arises from broad demographic trends. Did you know that there will be almost 3 million more students in American pre-K–12 schools in 2022 than today? The potential market is growing—and much of that growth consists of Latino kids with Catholic origins. It’s a good time to use the means at your disposal to build a better mousetrap, without losing sight of all you need to do besides simply catching mice or hanging onto those that you already caught.