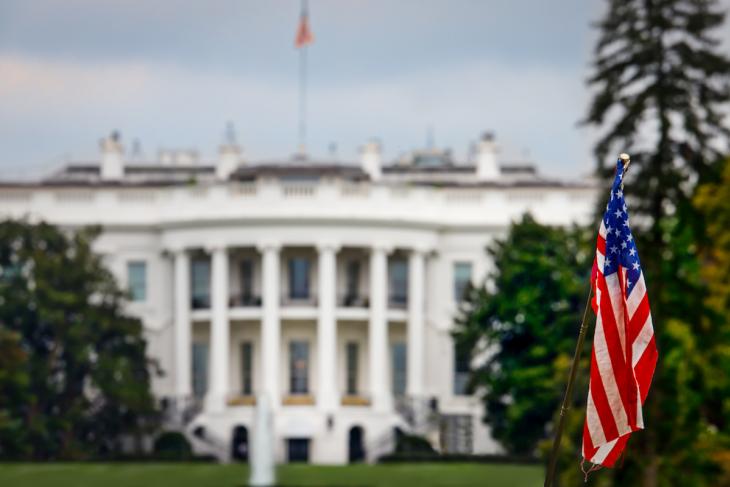 This essay is part of the The Moonshot for Kids project, a joint initiative of the Fordham Institute and the Center for American Progress. This is the second of two parts. The first gave a brief history of federal education R & D, beginning in the 1970s. Back then the Nixon administration had recognized that more needed to be understood about the mechanisms of teaching and learning and the sorts of interventions that might yield better outcomes. All these decades later, that’s still the goal, led now by the U.S. Education Department’s Institute for Education Sciences. Their efforts have grown far more adept, sophisticated, and determined to conduct education research in ways that yield trustworthy results. But IES remains a stunted little tree among the tall timber of federal research agencies, has very little money, and lacks both visibility and stature among education practitioners and policymakers.

To be sure, Uncle Sam also puts some money into education research through other agencies, especially the National Science Foundation; other parts of the Department of Education support studies and innovations related to their own missions; and a dozen private foundations view education research as an important component—in a few cases the lead item—in their own spending. IES is not the only game in town. And when we look beyond the “R” portion of “R & D” to the “D” part as well, we find many additional sources in agencies scattered about Washington, including some tucked away elsewhere in the Education Department itself.

“Development” in the education sphere can mean many different things, from creating new products, materials, and techniques that never existed before—innovating or piloting, one might say—to the replication, application, and implementation of proven practices. Although the Education Department is barred by law from direct involvement with curriculum, one of history’s best-known examples of education “D” was paid for by the National Science Foundation through an organization that’s still known as the Education Development Corporation: the celebrated “PSSC Physics” curriculum, spearheaded by MIT scientist Jerrold Zacharias in the 1950’s as part of America’s response to Sputnik. A more recent example is the Common Core State Standards for math and English language arts, the development of which was financed by private foundations but the deployment of which by states was “incentivized” with federal dollars (thereby giving rise to great controversy and political maneuvering).

It’s easy for federal development dollars to go for naught, particularly when consumed by organizations with expert lobbyists of their own. The premier example of this in the education space are the Regional Education Laboratories, a collection of (currently) ten entities scattered about the land—each nominally responsible for a “region”—and charged with “putting [education] research into action” in the schools in its area.

Though some members have changed over the years, the “labs” as they’re known have been around since 1966—truly remarkable longevity—and have been funded, year after year, by their friends in the Congressional appropriations process despite repeated efforts by administration after administration to rid the IES budget of this burden—$54 million in 2018, which may be thought a “rounding error” in the vast federal budget, but which actually comprises a sizable portion of total IES funding.

It probably made sense in the sixties, long before websites, the internet, a thousand video sources, webcasting, webinars, and all many of social media, to employ a geographically-based strategy for disseminating and applying the fruits of research to America’s sprawling K–12 system. But it makes scant sense today. And as the Education Department’s Fiscal 2019 budget request politely stated—understated, in my view— “Past surveys and evaluations suggest that the technical assistance currently provided through the RELs may be underutilized or not relevant to State and district needs.”

As the regional labs cling to their line item in the appropriations process, decade after decade, some federal “development” efforts have been far more productive. Most notable is the Education Department’s “Investing in Innovation” (i3) fund, which operated from 2010 through 2016, and continues today as the “Education Innovation and Research Fund,” which received an appropriation of $130 million in Fiscal 2019—and for which the Trump Administration requested $300 million for 2020. Those dollars have gone to create, develop, or expand (“scale up”) a wide array of education improvement projects, including such well-known ventures as the National Math and Science Initiative and the National Writing Project. More than 150 grants were made by 2016, totaling some $1.3 billion in federal dollars and matched—this was a requirement—by hundreds of millions in private philanthropy.

A solid—but sadly bobtailed example—of development money doing good when properly deployed was President George W. Bush’s “Reading First” initiative, which directed sizable funds to advance the use of “scientifically based” reading instruction in schools serving poor kids. That venture came to an unhappy end because of an Inspector General finding that some of the Department’s “trainers” had helped create some of the programs they were promoting. Along the way, however, it boosted reading scores in many places—and validated the importance of basing education interventions on strong evidence of their efficacy, which itself helped give rise to the “What Works Clearinghouse,” a federally funded venture to vet such interventions to determine whether, in fact, they can muster convincing proof of their efficacy.

The “Reading First” saga also illustrates one of the hazards of a government that now spends as much time investigating itself and seeking out conflicts of interest as in making things work better: There are only so many experts in the land who are deeply versed in the science of reading—it’s not even taught in many colleges of education—and it’s to be expected that the best of them will also have participated in the creation of effective programs. To bar them from helping schools implement those programs resembles my grandmother’s old saying about “cutting off your nose to spite your face.” That, however, was the lamentable fate of this once-promising venture.

Far beyond the Beltway, and for the most part with little reference to taxpayer dollars, at least in the short run, much development work continues across the sprawling “education industry.” Hundreds of millions of investor dollars are flooding into every sort of technological innovation with the potential to be used somehow, somewhere, in education from early children through postgraduate. All manner of “online” and “blended” learning programs are already on the market. Some 5,000 people from forty-five countries reportedly took part in a big “education and workforce innovation summit” in April 2019 that was sponsored by Arizona State University and an “early stage venture fund.” There’s also much activity and investment in development by traditional curriculum firms, textbook publishers, and big non-profit funders such as the Emerson Collective and the Chan Zuckerberg Initiative.

The field, one might well conclude, is bubbling as well as sprawling. Yet the governmental part lacks scale, and the endeavor as a whole lacks coherence. The prohibition against curriculum puts a major crimp in what the Department of Education can do by way of development in what is arguably still the most important education “technology” of all. And nowhere in the Washington world of education is there anything akin to NIH in magnitude and direction, nor anything like the National Science Foundation (with its quasi-independent governing board) to determine priorities, scan the horizon, and visualize different futures.

IES is the closest thing we have to a focal point for research and development in education in twenty-first-century America. Because its budget is de minimis, however, while its clients are numerous and its political support precarious, it cannot come anywhere close to addressing the ignorance gaps in this key realm of our national life or to developing the education equivalent of “moon shots,” “new weapon systems,” “agricultural revolutions,” or “breakthrough cures.” Today it lacks the capacity, the clout, and the vision.

Can this be changed? Or does education R & D in America need to be reinvented yet again?