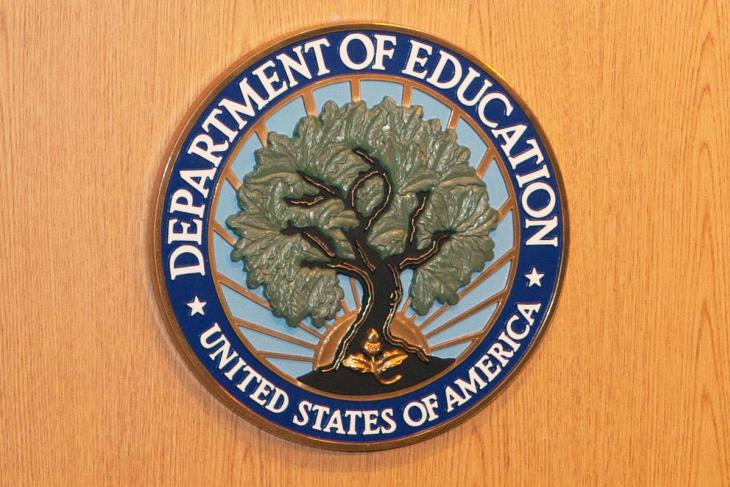 This essay is part of the The Moonshot for Kids project, a joint initiative of the Fordham Institute and the Center for American Progress. It ran in two parts. Read the second here.

Half a century has passed since I first fell through the looking glass into the peculiar world of federal education research and development. As an extremely junior domestic-policy aide in the Nixon White House, I helped Pat Moynihan, Jim Allen, George Shultz, and others craft what, in March 1970, became a presidential message to Congress proposing creation of a “National Institute of Education” (NIE). Two years later, it came into existence and it’s been reinvented and reconstructed twice since then—plus innumerable fine-tunings—into what is now the Education Department’s Institute for Education Sciences (IES). I had the honor to preside for three years—while working with education secretary Bill Bennett—over one of those interim iterations, the Office of Educational Research and Improvement (OERI).

Behind both the first launch and the later rebootings was widespread frustration that, unlike so many other key realms of our national life—health care with NIH, basic science with NSF, the Agricultural Research Service, the Energy Department’s national labs, the Pentagon’s DARPA, and much more—education had no organized, purposeful, and coherent home for basic and applied research. Yet education, even back then, more than a decade before A Nation at Risk, was understood to be in trouble; it simply wasn’t working very well, its outcomes were both weak and uneven, its gaps were wide, and its return on investment was inadequate. The ambitious intervention programs of the Great Society—Title I, HeadStart, Upward Bound, more—weren’t yielding the hoped-for results. Yet there was no clarity of a scientific sort as to what might cause this fundamentally important national enterprise to work better.

Simply throwing more resources at the problem wasn’t likely to do the trick. By 1970, we already had James Coleman’s penetrating (and disillusioning) big study, as well as discouraging early evaluations of the big war-on-poverty education initiatives. Though Nixon was accused of proposing research instead of budgeting more money for such programs, Moynihan and others—including Congressman John Brademas (D-IN)—recognized that more needed to be understood about the mechanisms of teaching and learning and the sorts of interventions (if any) that might yield better outcomes. And to get that work done, the education-research train needed an engine and conductor.

All these decades later, that’s still the goal. IES’s mission today is “to provide scientific evidence on which to ground education practice and policy and to share this information in formats that are useful and accessible to educators, parents, policymakers, researchers, and the public.”

In pursuit of that ambitious mandate, IES has become far more adept, sophisticated and determined to conduct education research in ways that yield trustworthy—and, with luck, actionable—results, at least when the results of a study show that something actually made a difference! Beginning in 2002, the first IES director, Grover J. (“Russ”) Whitehurst, insisted on scientific rigor, preferably via research studies that, like serious appraisals of the efficacy of medical procedures, medications and devices, follow proper experimental procedures, commonly known as “randomized controlled trials” (RCTs). His successors, for the most part, have continued that emphasis, despite much squawking from the education-research “community,” and mindful that some important issues, such as strengthening school governance and leadership, don’t lend themselves to that form of investigation. Other potentially valuable RFCTs turn out to be politically or morally difficult to mount, particularly when they entail denying the “control” kids an appealing form of help, intervention, or innovation that the “treatment” youngsters are receiving.

Despite notable progress on the research side, however, IES today remains a stunted little tree among the tall timber of federal research agencies. Despite hundreds of informative studies and vast troves of essential data (for it also contains the National Center on Education Statistics and the National Assessment of Educational Progress), it has very little money and enjoys neither the visibility nor the stature among education practitioners and policymakers that, for example, NIH has among doctors.

Nor has IES come close to triumphing over the predilections and practices of the thousands of ed-school professors, think-tank denizens, and Beltway bandits who flock to the annual meetings of the American Education Research Association and its many affiliates. Many of those folks engage in much simpler (and sometimes less costly) modes of research, such as before-and-after comparisons and classroom observations. Much of what they do is subjective and impressionistic. (The polite term is “qualitative.”) A couple of private foundations share the IES commitment to rigorous research designs, but by no means has that approach conquered the field. And when funds are as scarce as they are—IES is funded by Congress in a miserly fashion—there’s much frantic jockeying for the available dollars and plenty of efforts to use lobbyists and friends on Capitol Hill (as well as friends deep in the “peer review” process for reviewing grants) to get scarce funds directed toward oneself or one’s institution.

IES also suffers from too many masters with widely differing priorities—and a dearth of strong political backing to help withstand stakeholder pressures. As education historian Ellen Condliffe Lagemann wrote in Educational Researcher back in 1997—and no less true today—“Members of arts and sciences and humanities faculties still tended to be dismissive of educationists, some of whom retaliated…by urging more professionalization….Still arrogant toward practitioners, many educationists continued purposefully to distance themselves from the diurnal problems of teachers and other school personnel, while large number of practitioners were still prone to dismiss education research as mere theory that had little chance of bringing new insight to their work.”

Given those profound constraints, it’s been difficult for IES to mount the kinds of large-scale, long-term research that might yield major breakthroughs. One can fairly blame infighting and irresolution within the “field” for this unhappy state of affairs, but at least as important are the agency’s skimpy appropriations and the fact that a huge fraction of its limited moneys routinely get gobbled up by a handful of not-very-useful feeders at this trough that have managed to retain friends in the appropriations process even though their contributions to education research have been paltry.

The total IES budget—about $600 million in Fiscal 2018, alongside $7.8 billion for NSF and close to $40 billion for NIH—is predictably complicated, as this agency has multiple units and obligations. Suffice to say, the amount available for general research in education that year (not including special ed, for example) was about $186 million, a sum that had barely changed over at least half a decade. And after all its continuing commitments to sundry projects and dependent organizations were met, that left barely $55 million to support “new research awards and enhance dissemination activities.”

Considering that American education—just the K-12 part—is a $650 billion enterprise, it’s simply laughable that the most explicit federal investment in finding new ways to make it work better is a sum that forces you to get to five decimal places on your calculator before you can even detect its portion of the total.

To be continued next week...