The fall of the yellow-school-bus system requires swift modernization 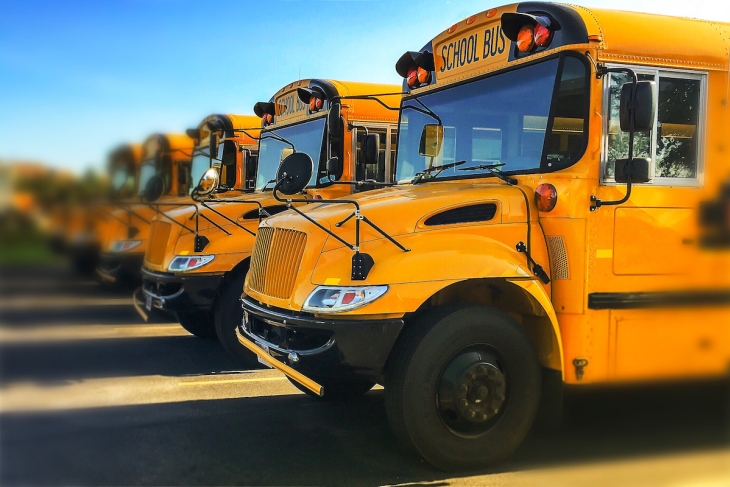 “How did you go bankrupt?” Bill asked. “Two ways,” Mike said. “Gradually and then suddenly.”

The Arizona Charter School Association has released a new study on one of the last great equity issues to address in a choice-based system: student transport. Arizona has the largest percentage of students attending charters (around 22 percent statewide), in addition to a very active system of district open enrollment and private school choice programs. A majority of Phoenix-area K–8 students attend a school other than the one assigned by zip code, so the importance of being able to travel has never been greater. But just as with the nation as a whole, Arizona’s yellow bus ridership declined pre-pandemic and crashed during the return to in-person schooling.

The paper establishes transport as a crucial equity issue by imagining a young family living at the address of the Arizona Capitol in downtown Phoenix. The family has a seventh grader and a busy schedule. If they rely on the yellow bus, they have a single school option. But if they can make a three-mile roundtrip daily, their universe of choices opens up to five middle schools. If they can stretch that to six-miles, they have nineteen schools to choose from, including multiple options with very high academic and community ratings on GreatSchools and Niche. The school the yellow school bus would take them to, however, has the lowest ratings in the group. This is a problem if the family doesn’t own an automobile or has a work schedule that makes the roundtrip impossible.

The study repeats this exercise in the two previous capitols located in Tucson and Prescott, with similar results: small distances can make a huge difference.

Bellwether Education Partners, in a separate study, found that, nationally in 2017, 54 percent of students got to school in a personally owned vehicle, 32 percent by bus, and only 10 percent by walking or biking. State figures in Arizona show that district bus ridership declined from 32 percent of public-school students transported by district bus in 2012 to 23 percent in 2019, even as statewide costs increased from $191 million to $380 million. National figures also show a decline in district bus ridership before the pandemic.

Which brings us to the “all of the sudden” part of the story. Much of the “gradual” decline nationally and in Arizona involved difficulties in hiring bus drivers. These drivers must have a commercial driver’s license (CDL), and the career options for the holder of such a license steadily improved over time. Amazon, FedEx, Instacart, and others hired more and more CDL holders, gave them full-time work and benefits. So the odd-hour shifts of a part-time district bus driver that typically lacks benefits increasingly struggled in the market.

Then, all of the sudden, a pandemic struck. Schools closed and demand for delivery drivers skyrocketed. When in-person education resumed, many drivers had moved on to greener pastures. Moreover, many older drivers interested in part-time work weren’t willing to get on a bus with dozens of unvaccinated children. The result was a national crisis in the fall of 2021, up to and including Massachusetts Governor Charlie Baker calling out the National Guard to drive school buses in his state. Media reports from around the country featured frustrated parents, stranded students, delayed school openings, and fields of buses sitting idle for lack of drivers.

It will be some time until we know just how much lower bus ridership dropped in 2021. Amazon won’t be going away, and neither will Covid-19. Policymakers must make their plans accordingly.

Lawmakers will need to modernize and diversify their transportation portfolio. Given the aforementioned Bellwether finding that 54 percent of students reach school in a private vehicle, every empty seat in those vehicles represents an opportunity to get kids to school and take vehicles off the road. Innovators have created software to help schools facilitate carpools and ride sharing firms specializing in student transport, complete with extra precautions and driver background checks.

An academic evaluation of a Minneapolis program to give high school students municipal bus passes, for example, found that attendance improved and truancy declined. It turned out that having more than one opportunity to catch a bus to school proved helpful.

In Arizona, during the 2021 legislative session, Governor Doug Ducey championed the creation of a Transportation Modernization Fund, creating a competitive grant program to allow schools, districts, cities, non-profits, and others to develop innovative transportation solutions from the bottom up. A for Arizona, the non-profit tasked with administering the program, announced their first round of investments. A competitive grant program creates a bottom-up process for the field to create solutions. State lawmakers also changed a statute to allow district and charter schools to provide in-lieu-of-transportation grants to families to allow them to create their own solutions.

Policymakers are going to need to adopt a “flood the zone” approach to student transport. Needs vary wildly by community, and no one-size-fits-all solution will be sweeping in to save the day. A pluralistic system of K–12 education requires a multi-modal system of student transport.