Faith, hope, and hard work: Reflections on Year One of Partnership Schools 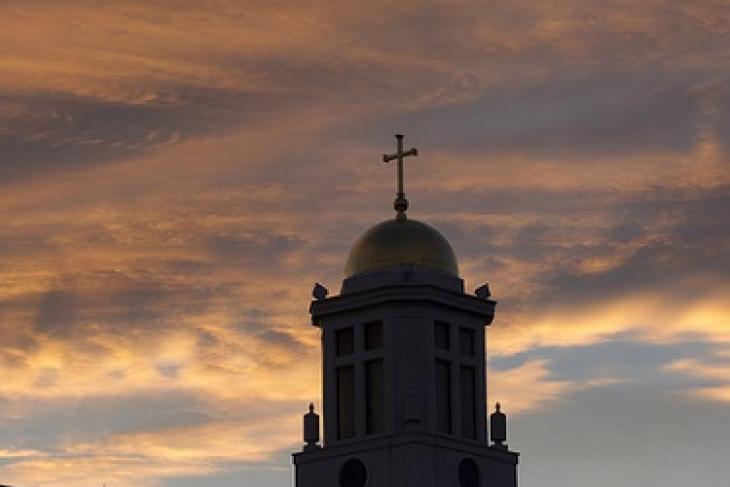 June marked the end of my first year as superintendent of Partnership Schools, a nonprofit school management organization that (thanks to an historic agreement with the Archdiocese of New York) was granted broad authority to manage and operate six K–8 urban Catholic schools. Our work is one part of a nationwide effort to help save urban Catholic education. It’s a mission that has brought together an amazing group of Catholic educators and philanthropists with a common commitment: to not let this essential element of American education disappear from the communities our schools serve.

The urgency of this work is grounded in the seriousness of the problems our schools face. The Partnership Schools—three in the South Bronx and three in Harlem—have been struggling. Like so many urban Catholic schools subsisting on tuition payments or private philanthropy, our teachers and leaders have been forced to operate on austerity budgets. Salaries have been low. Textbooks have been sorely outdated. Professional development has been thin, and our principals have faced the almost impossible job of juggling tasks ranging from operations to fundraising to parent outreach to managing union grievances—all virtually on their own. They had scant time to serve teachers as instructional leaders and even less for their own professional growth and development.

Not too surprisingly, these conditions—combined with increased competition from charter schools around New York City—contributed to an erosion in student achievement, school culture, and family recruitment efforts across our schools. The Partnership was created to give our schools and their leaders a much-needed hand to tilt the odds back toward success.

As I reflect on my first year at the Partnership Schools, I will be writing a blog series that explores some lessons from our new network-wide effort to rebuild academically excellent, operationally efficient, and financially sustainable urban Catholic schools. I’ll also share some thoughts about what lies ahead.

A Calling, Not Just a Job

As a Catholic school alum, former Catholic school teacher, and school administrator, I understood there were many ways a nonprofit school management organization could help our schools succeed. At the same time, I knew—and now appreciate even more deeply—the magnificent, selfless contribution that Catholic school teachers and leaders have made to the lives of the students and communities they’ve served. That is to say: We don’t approach our work with a deficit mindset. Our six schools are the beating hearts of their communities, both educationally and spiritually, and we understand that our job is to build on the strengths and successes of our past.

In the 1950s, one of these schools—Immaculate Conception—helped provide a path out of poverty for my mother and her three siblings. She is one of many over the past century and a half who have been so well served by these and other Catholic schools throughout the country. Our challenge is to be faithful to that historic mission while updating it to stay relevant to a new generation of children and the challenges of the twenty-first century.

Another Partnership school, St. Mark the Evangelist, was founded in 1912 by Katharine Drexel, a woman who later became just the second native-born American to be canonized. Born into wealth in 1858, she dedicated her life to fighting the injustices of a racist society. Her decision to become a nun shocked Philadelphia social circles. The Philadelphia Public Ledger carried the front-page headline “Miss Drexel Enters a Catholic Convent—Gives Up Seven Million.” The fortune she gave up, worth about $400 million in today’s dollars, was instead put to work on behalf of the Church’s charitable programs. She dedicated her life to working in partnership with Native Americans and African Americans in their struggle for an equal education.

That commitment to social justice, grounded in our enduring Catholic values, lives on in the daily work of our teachers. The average tenure of teachers at Partnership Schools is more than ten years, over four times that of some the larger charter management organizations in the city. The middle school teacher whose students recorded our highest achievement results on the New York ELA test has more than forty years of experience. It is impossible to sit through her class without being struck by her contagious love of literature.

Our principals are equally dedicated to this mission. Four out of the six have served more than fifteen years in New York Catholic schools. One has served for more than forty years at her school and is a pillar of the community. This year, the archdiocese offered a one-time-only retirement package with large financial bonuses to any eligible employee. Four of our principals were eligible; none of them took the package. It’s a sign of how this work isn’t just a job for our principals and teachers—it’s a calling.

Despite these deep spiritual and human assets, Partnership Schools are, in many respects, “turnaround” schools. Our achievement levels have been low, our teachers haven’t had access to the support they need, and our facilities have been worn down.

We also face many of the same constraints as our traditional public peers. Our teachers are unionized, and our schools take and are held accountable to the New York State tests. But on top of those challenges, we operate on a shoestring budget: Our per-pupil expenditures hover around $8,000 per student, barely 39 percent of the $20,226 the New York City Department of Education spends per pupil. We charge no more than $4,500 in tuition, and two-thirds of our students receive scholarships. That means that we need to raise a minimum of $3,500 for every student we enroll, and even when we succeed in doing so, we still need to figure out how to operate with $12,000 less per pupil than the traditional schools in the same neighborhood.

Given the enormity of those challenges, many friends and allies in the world of education reform have hinted or said outright that we are wasting our time. We are told that traditional Catholic education is doomed, and we’d be better off shuttering our doors and reopening as charter schools with religious “wraparound” services that take place before or after the school day. While we respect the work of our peers who are forging new paths with charter schools—particularly those who are working to find a way to use charters to preserve the legacy of historically Catholic schools—we have chosen a different path. Our mission is to breathe new life into our schools while prioritizing an authentically Catholic education. This allows our strong values-driven curriculum and our faith to pulse throughout the school day. It also gives our teachers and school leaders the strength that comes from a mission greater than self.

In this series, I’m going to explore four themes—qualities or characteristics of our schools and our work—that I believe will help us succeed where others have struggled in this vital mission:

These four characteristics distinguish us from our traditional public school and public charter school peers. They allow us to learn from their experiences without being trapped by them and to pursue a uniquely Catholic solution to our twenty-first-century challenges.

In the posts that follow, I will dig deeper into these four themes and the impact they have had on our turnaround efforts.