The essential counternarrative to the 1619 project 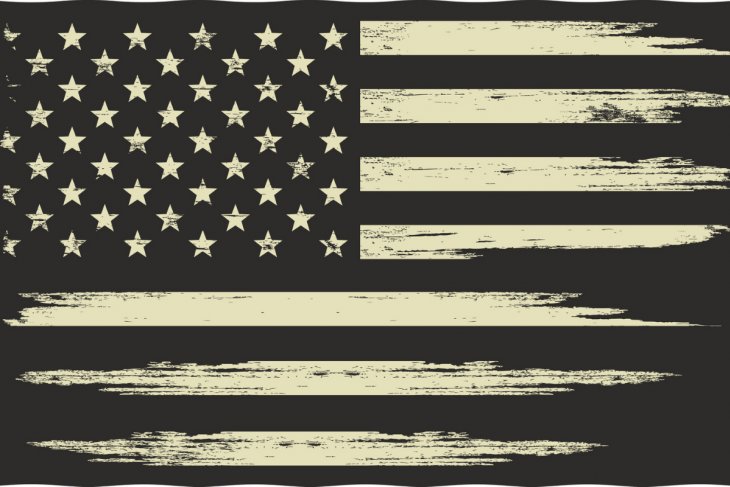 Red, White, and Black is a collection of essays published under the aegis of 1776 Unites, the “radically pragmatic and unapologetically patriotic” initiative launched last year by the Woodson Center, a forty-year old Washington, D.C.–based nonprofit. The book’s aggressive subtitle, “Rescuing American History from Revisionists and Race Hustlers,” makes clear its uncompromising editorial stance. The authors did not set out to engage in a polite colloquy but to respond forcefully to today’s dominant narrative about race in America, one advanced most visibly by the New York Times’s 1619 Project, which famously argued that the nation’s “true founding” was marked by the arrival of first enslaved Africans 400 years ago and which sought to “reframe the country's history” by placing the consequences of slavery at the very center of our national narrative. The mission statement of 1776 Unites leads the collection and stands as a cri de coeur for the essays that follow, authored mostly by Black intellectuals, journalists, and entrepreneurs: “We acknowledge that racial discrimination exists—and work towards diminishing it. But we dissent from contemporary groupthink and rhetoric about race, class, and American history.” Indeed, they do. And how.

Readers seeking a point-by-point refutation of the 1619 Project are best directed elsewhere. The authors of Red, White, and Black concern themselves mostly with countering the metanarratives about the role of race in America that 1619 centers and supports. “In the end, what do America’s youth, especially those of color, need to equip themselves for success?” asks Dr. Lucas E. Morel, in the foreword to the collection. This is the essential question for K–12 educators, who are often tasked unfairly with shouldering the burden of answering it independent of other institutions or, when out over their skis, take it upon themselves to answer unilaterally, thereby turning teaching into activism.

Though Red, White and Black is not explicitly about education or primarily for teachers, Morel’s question looms large and provides a through line in response to present controversies about critical race theory and antiracism efforts in schools: What do we want our children, Black and White, to know and believe about their country? For Robert L. Woodson, a career community activist and MacArthur “genius grant” recipient who founded 1776 Unites and serves as the volume’s editor, the answer is clear and the stakes are high. “As long as the perpetrators of race grievance that are represented by the 1619 Project are permitted to go unchallenged, this country will continue its social, spiritual, and moral decline.” Writing in defense of the nation’s “true origins” and founding principles, he asserts that “while acknowledging that slavery and discrimination are part of our nation’s history, we believe that America should not be defined solely by this ‘birth defect’ and that Black Americans should not be portrayed as perpetual hopeless victims.”

The highlight of the volume is by Columbia University professor John McWhorter, a frequent commenter on race and culture whose essay would make an excellent paired reading in classrooms where selections from the 1619 Project are on the syllabus. “One takeaway from the Times’s rhetoric is that the American experiment offers nothing to celebrate, definitionally polluted by its dependence for so long on unpaid labor by Black people,” he writes. This view renders “callow and backward” any celebration of American independence, an argument “so simplistic and anti-intellectual that both rationality and morality require dismissing it.” For all its “elaborate terminology and moral passion vented in serious media organs and entertained by people with PhDs,” the 1619 view “demands that we abjure complexity,” McWhorter insists. “It is a call for dumbing ourselves down in the name of a moral crusade.”

Fordham board member Ian Rowe, the contributor who works most directly in K–12 education, sounds a similar call, calling out “what is so disturbing and dangerous” about the 1619 Project’s aspiration for children. It creates in the minds of students of all races “a vision of America that is imbued with a permanent malignancy that is hostile to the dreams of students of color.” This is simply wrong, writes Rowe, who for more than a decade ran Public Prep, a New York City–based charter school network whose students are predominantly children of color. America’s history will “forever be scarred by the horrific stories of chattel enslavement,” he observes. “But where are the empowering stories of progress?” Reprising a theme he has consistently championed, Rowe writes that successful members of the Black community “must preach what we have practiced in order to achieve our own levels of success,” specifically the power of individual choices that can shape personal outcomes “despite structural barriers associated with race, class, and poverty.”

Other highlights (again, the titles give a clear sense of the volume’s thrust) include “Slavery Does Not Define the Black American Experience,” by Wilfred Reilly; “A Dream as Old as the American Dream: Why Black Patriotism is More Important Than Victimization,” by journalist Clarence Page; and “Critical Race Theory’s Destructive Impact on America,” by Carol Swain.

The hostility that has greeted this emerging counternarrative to the determinism, even nihilism, of the current “dialogue” around race and privilege in American life and culture can scarcely be overstated, particularly in the hothouse of education debate. Chris Stewart, the CEO of Brightbeam, which publishes Education Post, savaged several of the “1776” essayists by name recently, tweeting that “these people exist solely to scold Black people on behalf of white people,” (specifically White conservatives) and functionally asserting that these formidable and accomplished men and women offer their opinions not in earnest but for pay. In light of the nearly incalculable pressure to conform to the present orthodoxy on “structural racism” and the high reputational price exacted from Black intellectuals who criticize it, the primary achievement of Red, White, and Black is its mere existence. In collectively charting their principled independent course, the authors collectively create a permission structure that allows the rest of us to follow where they lead. May we be as admirable, candid, and brave as they are.

Robert Pondiscio is a senior fellow at the American Enterprise Institute.