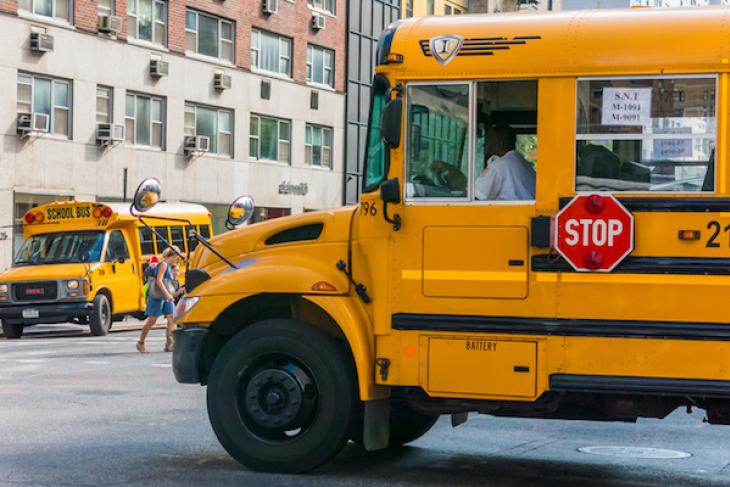 In seventeen short years, Moctar Fall’s journey took him from Senegal, through homeless shelters in the Bronx until, last Thursday afternoon, he strode across a stage in Manhattan’s Lincoln Center to collect his high school diploma. His next stop will be the Massachusetts Institute of Technology—on a full scholarship. Young Mr. Fall’s academic-rags-to-riches story suggests that New York City Mayor Bill de Blasio’s impulse to make admission to Stuyvesant, Bronx Science, and the city’s other selective high schools more racially equitable, while laudable, is anachronistic and unnecessary. Fall is one of sixteen young black and brown New Yorkers in the inaugural graduating class at Success Academy, the city’s largest network of public charter schools. And there are many just like him.

The primary rationale for widening the on-ramp to New York City’s selective-admission public high schools is to increase the number of low-income students of color who are on track to attend selective colleges and universities. But this important work is already being done by the city’s charter schools, and done in numbers that dwarf the capacity of Stuyvesant and Bronx Science, even under the rosiest scenarios proposed by the Mayor.

Uncommon Schools, which operates twenty-three charters in New York City, including three high schools in Brooklyn, will graduate about 240 students this year, all of whom have been accepted to four-year colleges, with 60 percent—that’s more than 140 low-income black and brown students—accepted at institutions in the top three tiers according to Barron’s Profiles. Uncommon graduates will attend Brown, Dartmouth, Johns Hopkins, Colgate, and Williams, among many others.

Democracy Prep Public Schools, where I have taught, made news recently when three sisters, immigrants from Cameroon, completed an Ivy League hat trick earning acceptances to Harvard, Yale, and Dartmouth. The nearly 200 young people graduating from DPPS’s three Bronx and Manhattan high schools this spring have all been accepted by colleges, including offers from all eight Ivies and such prominent “historically black” institutions as Spelman, Howard, and Morehouse. Forty percent of Democracy Prep’s graduates are headed to schools in U.S. News’s  “Top 100.”

The list goes on: Nearly nine out ten of Achievement First’s 158 graduating seniors have been accepted by colleges ranked “competitive” or higher by Barron’s, including Stanford, Georgetown, and Smith. Seventy percent of the 200+ graduates of KIPP NYC College Prep High School in the Bronx are bound for competitive colleges. And these already-impressive numbers will balloon in coming years. At last week’s graduation ceremony, Eva Moskowitz, whose forty-six Success Academy charter schools enroll more than 15,000 New York City children, projected that ten years hence more than 1,600 will win diplomas every year. Even if those projections are off significantly, the number of low-income black and brown students heading to selective colleges from the city’s elite exam schools is unlikely ever to match the number already exiting charter schools with admissions offers in hand.

More importantly, the city’s rapidly maturing charter sector is already addressing the Mayor’s stated goal of improving educational equity. There is no bar to entry to the charter sector’s high-fliers, no daunting exam to study and sit for; admission is by lottery. The sixteen seniors who threw their caps in the air at the conclusion of their graduation ceremony have been at Success Academy since kindergarten when their parents, eager for precisely this kind of opportunity, signed their children up for a school that at the time existed on paper only. On Thursday, their faith was rewarded handsomely. Each of their children will attend selective colleges.

“It used to be that if you weren’t able to access the exam schools, you’d go the private route,” observes Billie Gastic, an associate dean and clinical associate professor at New York University. Charter schools, she agrees, are creating the kind of opportunities long associated with the city’s celebrated exam schools. Gastic is the daughter of a Puerto Rican mother, a Stuyvesant alum, and a critic of the Mayor’s plan. “I find it disheartening that the mayor is going after these schools just to make a point when really there are so many other ways he could help develop a portfolio of schools that are there to support student achievement.”

There is no room for complacency and never will be when it comes to ensuring that every academically inclined student who’s willing to work hard can go as far as their talents and ambition can carry them. But when the entire range of New York City schools are considered as an education ecosystem, there has almost certainly never been a better time to be a low-income kid of color with designs on an elite education.

Mayor de Blasio, who has long been indifferent at best to his city’s charter school sector, seems not to have noticed. Instead, he’s bent on pushing his plan. “The Specialized High School Admissions Test isn’t just flawed—it’s a roadblock to justice, progress and academic excellence,” he wrote at Chalkbeat. Perhaps so. But his move to scrap that test is a solution in search of a problem that New York City’s charter schools are well on their way to solving.

An edited version of this piece originally appeared in the New York Daily News.