Is education reform possible in America? 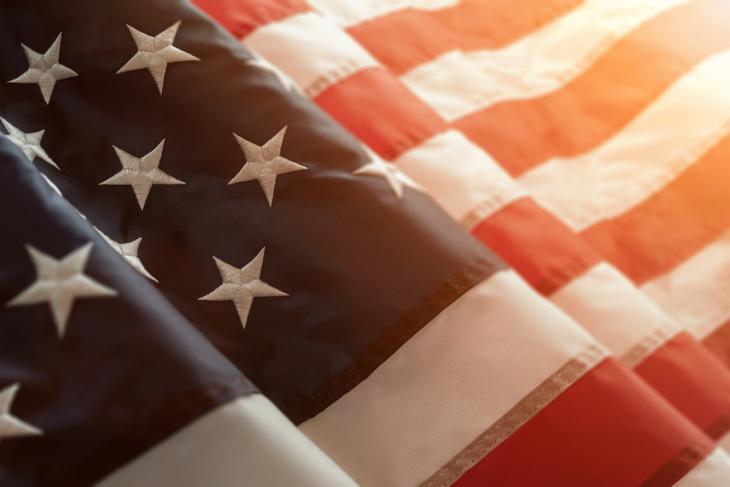 Since publication of A Nation at Risk (1983), the United States has engaged in nonstop efforts to raise K–12 academic outcomes and close the tragic achievement gaps between different sectors of its young population.

There has been no dearth of reform efforts, and some have shown positive results: stronger curriculum plus strong professional development; more robust state standards; a focus on college readiness and (a very few) high-quality assessments made available to disadvantaged students; higher standards for entry into teaching; high caliber urban charter schools; and broad accountability for results.

This has not been wasted effort, for the country has seen modest gains: all student subgroups are doing better on NAEP (the National Assessment of Educational Progress —the country’s gold standard), and there has been a slight gap-closing between African American and Hispanic students and their white peers. That overall NAEP scores have been flat since 1992 masks such progress, and is likely due to changes in the demographic mix of students (e.g., more English language learners) rather than to stagnation within any elements of the pupil population.

Yet our progress to date has been modest indeed, and the gaps remain large. Stagnation in twelfth-grade scores is particularly concerning, especially in light of the real risk that the much-touted rise in graduation numbers rests at least in part on alternative, low-standard exit routes instead of real college readiness.

Of course, we shouldn’t give up on promising interventions. But nothing has made close to the kind of positive difference that other nations—some as poor as Poland and Slovenia—have achieved. Why, after thirty-five years of effort—and a near-doubling of real-dollar spending per pupil—has there been so modest a change in results? And are there grounds for expecting it to be different in the future?

Even as we persist with worthy reforms, we see profound cultural, attitudinal, and structural obstacles to large-scale improvement in the performance of U.S. education and—sadly—little reason to expect them to disappear. These issues were foreshadowed in the themes (and titles) of two aging books on our shelves: Richard Hofstadter’s Anti-Intellectualism in American Life (1963) and Diane Ravitch’s The Schools We Deserve (1987). The former argued that Americans are utilitarians at heart with little use for learning per se, much less for academic excellence; the latter contended that Americans stick with the schools they have because deep down they don’t want any other kind, either for their own or for other people’s children.

To fully understand the impact of Hofstadter’s evidence of anti-intellectualism—and Ravitch’s version of widespread acceptance if not complacency—we need to add American localism in education. Often fleeing from the old world to escape authoritarian regimes, Americans never embraced a nation-wide approach to education—indeed the Constitution is silent on the topic. At one point, the country contained some 110,000 school districts; local education leaders had differing views regarding what should be taught. Once local variations were combined with a broad shift among educators toward constructivist learning, our curriculum increasingly replaced knowledge with skills and today’s assessments for the most part follow suit. They emphasize, for example, “finding the main idea” in a text while being indifferent to the text itself. In recent times, this indifference is amplified by cultural nervousness about “imposing a canon” and political angst about a “national (or even statewide) curriculum.” All this, despite ample evidence, that the performance gap is in large part a knowledge gap: one doesn’t become a good reader without ever-increasing knowledge about the world—its geography, history, and science—or without exposure to outstanding writing about the human condition.

Ravitch’s claim, too, deserves to be considered in a larger context. Annual evidence from Gallup polling makes clear that most parents feel basically satisfied with their own children’s schools, no matter the evidence of systemic mediocrity (or worse). When making choices, parents understandably want schools that are geographically convenient, safe, and welcoming, schools that offer rhetorical reassurance about caring for the whole child. Amid these understandable preferences, academic performance isn’t high priority for many. This is a complicated issue: Would providing parents with transparent and user-friendly data about their children’s school’s performance make a difference in their propensity to be satisfied with it or would it simply generate even deeper mistrust of testing and test results?

What’s clear is that teachers’ current practices contribute to parents’ dismissal of state assessments. How so? A combination of inflating grades and faith in one’s child’s classroom teacher—even when teachers report on surveys that many of their pupils are ill-prepared for grade-level work. For parents, it is psychologically preferable to believe the A-minus on a school report card than to accept “below-proficient” performance on a state test. Nor do lofty report-card grades make much real-world difference for many children: Most U.S. colleges and universities accept all who apply so long as they meet minimal course credit requirements—no further questions asked, although remediation is often the inevitable result. Much of U.S. higher education is so hungry for additional students that it now reaches into the high schools themselves through dual-enrollment and early-college offerings, partly in an effort to ensure that students reach college able to do the work.

Recent evidence for what is occurring in America’s classrooms comes from TNTP’s The Opportunity Myth: “In the four core subjects—ELA, math, science, and social studies—an average student spent almost three-quarters of their time on assignments that were not grade-appropriate”—which means doing work below students’ grade level.

There is a certain inevitability, therefore, to underachievement in American schools. It is unwittingly informed by a culture of pragmatism and local control, the economic and political constraints that limit parents’ choice of schools, the comfort of high grades (and attacks on testing), pervasive under-teaching, and the general conviction that learning should be a pleasant experience.

If pressure from the overall culture and from parents to improve our education system is so limited, where might we look for the drive for more dynamic reform?

One place might be education research that could point schools and educators to better practices. After all, early-reading results did improve, to some degree, with better implementation of phonemic awareness that followed major research findings in early literacy. In general, however, education researchers themselves generate mixed messages: Would spending more money create major education improvement? “Yes,” says Kirabo Jackson; “No,” says Eric Hanushek. Do charter schools help student achievement? “Not really,” says Stanford’s CREDO research unit, surveying the whole country; “Yes, really,” says the same organization, of some charter management organizations and of charters in urban areas. Should tests be downgraded in importance in favor of other measures such as social and emotional intelligence? “Not really,” says Dan Goldhaber; “Yes,” say Dan Koretz and Tony Wagner. The point is not that these seemingly discrepant findings cannot be deciphered by those trained in the relevant methodologies. Rather, it’s that those charged with managing our schools and shaping education policy have neither the time nor the expertise to adjudicate between the specialists—and are thus motivated to go with the political flow, the predilections of their own advisors, or their gut instincts.

A second source of reform might be the education system itself. After all, school principals, superintendents, and state education leaders all seek stronger learning outcomes. Once again, we have some important positive examples—in states such as Tennessee and Louisiana, and districts like Florida’s Duval County. Yet failure to move learning outcomes substantially is far more the rule than the exception. Each layer in education’s governance hierarchy—the principal, the district office, the teachers’ unions, state departments of education, the legislature, the governor’s office, the federal government—can block changes initiated by any other level and each creates opportunities to blame the others when some change cannot be made or properly implemented. Worse, pretty much all of those levels are dominated by adult interests that benefit from the status quo. Where major change has occurred, it’s in exceptional circumstances where political stars align over a long period (e.g., Massachusetts), where an unnatural event sweeps away old structures (New Orleans), or where a political earthquake alters the governance system itself (e.g., New York City under Michael Bloomberg)—but even these reforms eventually get recaptured by the forces of stasis and adult interests.

Faced with this mix of deeply embedded structures and forces that tend toward self-preservation, widespread satisfaction with the underperforming schools attended by one’s own children, and a reporting system that gives off multiple false positives about achievement, reformers face a daunting task. After an era that displayed some common purpose and bipartisanship, today, like so much else in the U.S., they have aligned themselves into oppositional groups.

One argues that serious progress will not be made until we address underlying economic and social inequalities. They call for more funding for district schools, most especially in the inner cities, and a confrontation with the latent racism reflected in disparate test scores.

The second group calls for fundamentally altering the structure of public education by dismantling the district structure and empowering parents to choose educational pathways for their children—whether via vouchers, tax credits, or education savings accounts.

Both views have merit, yet both mistake symptoms for cause. Both blame “the system,” albeit in very different ways. And both disregard the plain fact that many nations with heterogeneous populations do better by their children than we do in the United States—and do so neither by spending more money nor by abandoning public education.

What those countries have that America lacks are three key elements that we see scant likelihood of finding on U.S. shores anytime soon: a culture that values education, including learning itself; a conviction that parents, schools and children themselves are jointly responsible for that education; and a governance arrangement that points toward unimpeded and continuous improvement in the delivery system and its performance.

Yet it’s still possible at least to imagine conditions that might accelerate the glacial pace of education change in the U.S. Already, urgency amongst minority families in New York and elsewhere have shaken the educational status quo, but more widespread and intensified pressure is required. The key is the middle class: As the meager achievement of its children proves ever less sufficient to secure the economic lifestyle of their parents, and as those young adults increasingly come back home because they cannot afford to buy homes of their own, the complacency we describe above may melt. Political leadership counts, too: Here the answer probably lies less at the federal level—Washington’s voice in education is suspect from the start—than in state-level leadership of the kind we once saw in Massachusetts and, more recently, in Louisiana and Tennessee. Once the economic consequences of a mediocre education face millions of households, an honest, tough conversation with the parents of the United States may become not only necessary, but possible at last.

An abbreviated version of this essay first appeared in Education Week.

David Steiner is the Executive Director of the The Johns Hopkins Institute for Education Policy.