Does public preschool benefit students from Kindergarten to college? 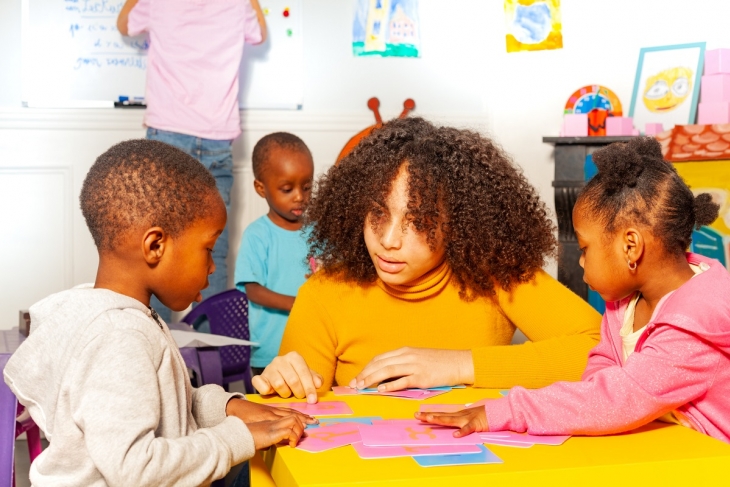 A trio of researchers from the University of Chicago, MIT, and UC Berkeley recently released a working paper that indicates a multitude of positive long-term effects—very long term, in fact—associated with attendance at public preschool. The researchers take advantage of the fact that since the late 1990s, Boston Public Schools (BPS) has operated a large preschool program that assigns available seats via a centralized lottery system to all four year olds who reside within the district. The study considers more than 4,000 randomized four-year-old applicants from admissions cohorts falling between 1997 and 2003 and compares students who were offered a seat in the program to those who were not. It is important to note that there is no determination that any of the students offered a seat actually accepted the offer, although it is highly likely that they did. The model in use here creates an estimate of effects. Though the report and accompanying publicity use “enrollment” and “attendance” interchangeably—as does this review—these are mathematical constructs, and the true amount of treatment received by any student is unknown. Ditto for the control group, many of whom likely sought out and perhaps participated in another preschool program when not offered a seat in the BPS program.

Emphasizing the very long-term nature of effects, the analysis leads with the finding that those offered seats in BPS preschool were 5.5 percentage points more likely than their nonoffered peers to attend a four-year college in the fall after their projected high school graduation. Preschool enrollment also led to a 5.4 percentage point increase in the probability of a student ever enrolling in any college. Estimates for college graduation are also positive though less precise, as fewer students had reached the typical age of that milestone by the time of the analysis.

Preschool enrollment was found to boost the likelihood of high school graduation by six percentage points. Preschool enrollment also caused a nine-percentage-point increase in SAT test taking and raised the probability of students scoring above the bottom quartile and in the top quartile of the SAT distribution. Oddly, however, there was no evidence of impacts on student achievement as measured by the Massachusetts Comprehensive Assessment System (MCAS).

In terms of nonacademic effects, preschool attendance significantly reduced the frequency of suspensions and the probability that students were incarcerated while in high school. Aggregating several measures into a summary index, the researchers found that preschool enrollment improves high school disciplinary outcomes by 0.17 standard deviations on average.

What to make of all this? One possible response is elation—these results seem to validate the value of public preschool. Another possible response is caution. This report appears to refute the phenomenon of fadeout of preschool benefits, but it has been observed so often in the early years of elementary school that some additional evidence backing up the long-term effects in this report must be called for. If fadeout is due to the educational environment into which tiny graduates matriculate, surely that environment will take precedence in setting long-term outcomes, too. After all, it’s a long way from circle time to commencement time.