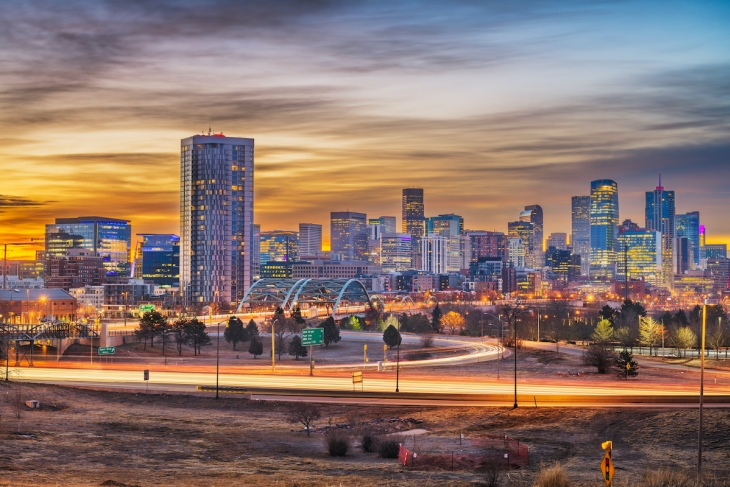 Denver Public Schools (DPS) has long prided itself on being ahead of the curve when it comes to education reform. It was one of the first major urban districts in the country to negotiate a pay-for-performance system for its teachers in 2005. In the same year, it reorganized along lines suggested by New Orleans and Washington, D.C., encouraging an explosion of “innovation schools” and charters. Before Arne Duncan made it a staple of Obama-era policy, DPS was rewarding teachers on the basis of effectiveness and steamrolling barriers to school choice.

So when Denver revamps its School Performance Framework (SPF), as recent task force recommendations hint, we should take note.

DPS’s School Performance Framework is the measurement and communication part of “the Denver Plan,” an iterative series of five-year strategic programs for improving DPS schools. The SPF’s role is to provide information to families, give feedback to school leaders, and guide school improvement efforts. In its original 2005 version, then called the Balanced Scorecard, the information it provided was limited almost exclusively to disaggregated percent-proficient figures based on the annual state test—exactly as the No Child Left Behind Act (NCLB) required. By 2010, though, in line with federal advocacy to include more nuanced information, the SPF had evolved to include growth measures of student achievement and to track both postsecondary readiness and family and student engagement, as well.

But the passage of the Every Student Succeeds Act (ESSA) in 2015 made this version of Denver’s SPF redundant. Colorado’s ESSA plan proposed to use many of the same measures that Denver was already reporting on its own: absenteeism metrics, graduation rates, and test scores. It was cutting-edge in 2005 and 2010, but the SPF had become obsolete. Parents complained that its summative ratings were reductive and unhelpful in communicating school quality. It no longer added any value to what state reporting contributed.

Against this background, Denver’s Quality Schools Task Force has proposed changes to the SPF that would once again put the district on the leading edge of innovative reform. This time, they have approached the task by asking what a local district can do that a state cannot. Their recommendations include three major departures from earlier frameworks. Taken together, they amount to an ambitious reimagination of accountability’s role in driving school success.

First, the task force calls for decoupling information meant for local stakeholders from information required by state officials. The recommendations want to create a “continuous learning improvement system” that provides school-level guidance based on the unique needs of each school, as well as a “school dashboard” to share the “most comprehensive and accurate” picture of a school’s progress with the community. While state accountability mechanisms would continue to set the floor, these new elements are meant to point the way toward the ceiling. This approach goes well beyond the ESSA requirement to include a non-academic indicator in progress reporting: It would equip school leaders and families with nuanced tools for addressing barriers to success that are unique to each school.

Second, the task force recommends expanding the kinds of goals that stakeholders are responsible for achieving. They call this a “triple bottom line” view of school success. In addition to academic results already reported through the state’s ESSA plan, the task force would include measures related to the “whole child” and “a school’s culture/climate” in their reporting. This is an important recognition that schools can produce good academic results while ignoring the developmental needs of students, and vice versa. Neither omission would be acceptable under the new model, and providing information on all three goals would ensure balance among them.

Third, and most ambitiously, the recommendations encourage a fundamental change in “how accountability is understood, and the mental model we have about the relationships between community, school, and district.” The task force notes that accountability policies have led to “top-down management” in practice, with school quality assessed and communicated only in terms of “criteria that could be consistently measured across schools no matter the context.” The top-down approach focuses everyone’s efforts on relatively narrow metrics that are driven primarily by state interests and are unresponsive to differences in local circumstances. The proposed shift to a “collaborative” accountability model based on “mutual responsibility” for the district’s “triple bottom line” wants to unite stakeholders in a shared project of goal-setting and problem-solving, an approach to accountability gaining steam in both theory and practice.

The proposed changes to Denver’s SPF, and the new approach to accountability writ large, are more rigorous than previous models, not less. They add responsibilities to schools’ plates without removing anything from them. To meet these new responsibilities, the district proposes to allocate resources equitably while demanding ingenuity from school personnel and communities in applying them. While continuing to assure the state that progress goals on achievement, graduation, and attendance are being met, the task force’s recommendations expect responsiveness to school-level stakeholders and require those stakeholders to shoulder their part of the load.

The Quality Schools Task Force certainly deserves credit for the scale of its ambition. In decentralizing decision-making processes and inviting schools and local stakeholders to work together, these proposals resemble Andy Smarick’s “capacitating conservatism.” They also reflect Diane Ravitch’s frequent calls to turn accountability into responsibility. These two visions rarely row in the same direction, but DPS might have found a way to bring them together. Can a district’s own accountability framework simultaneously meet the demands of two kinds of rigor, one imposed by its local stakeholders and one imposed by the state, all while fostering partnerships rather than acrimony and encouraging buy-in rather than apathy? DPS thinks so. This is a model worth watching.

Derek Gottlieb, Ph.D. is an Assistant Professor of Educational Foundations and Curriculum Studies at the University of Northern Colorado.