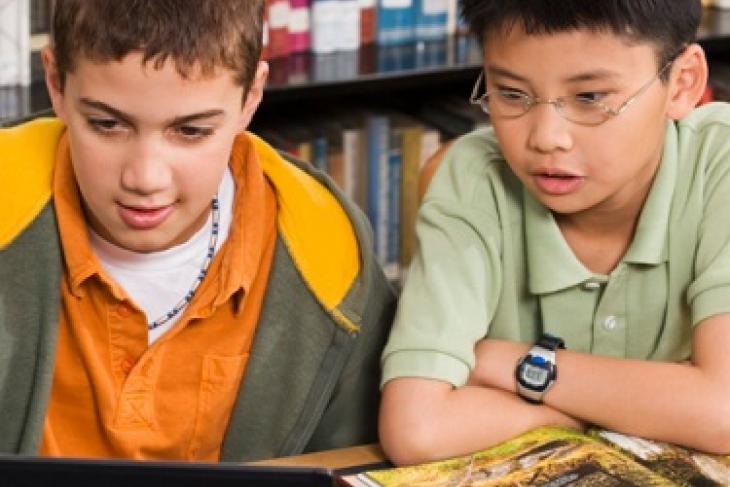 The Center for Research on Educational Options (CREDO) at Stanford University just released findings from a first-of-its-kind study assessing the impact of online charter schools in seventeen states (including Ohio) and Washington, D.C. The news is dismal—for “virtual” charters nationally, for Ohio, for advocates like Fordham, who argue for e-schools’ rightful place in the school choice landscape but are weary of their quality problems; and most of all, for the students losing dozens (in some cases hundreds) of days of learning by opting into a virtual environment.

CREDO found that virtual charter school students nationally (those enrolled in a public, full-time online school) learned the equivalent of seventy-two fewer days in reading and 180 days in math compared with the traditional public school students to whom they were matched[i]. That’s essentially an entire school year gone to waste in math and almost half a year gone in reading. In Ohio, students in virtual charter schools lost about seventy-nine days in reading and 144 days in math.

It is also striking that—unlike CREDO’s national charter studies, which discovered many states’ charter school sectors handily outperforming traditional public schools—in no state did online charter students outperform their traditional peers in both subjects. Two states’ online charters outpaced traditional public schools in reading; none did in math. Several states did markedly worse than Ohio (e.g., Florida and Louisiana). But this is no consolation. The only silver lining that the Buckeye State might be able to find, and a very faint one at that, is that Ohio’s e-schools were likely a big factor in the state’s overall poor results in the December 2014 Ohio study.

Why are CREDO’s findings on student learning in virtual charters so spectacularly bad, not just in Ohio but across the board? Virtual charter students performed far worse against their traditional public school peers than have brick-and-mortar charter schools (from past CREDO state and national studies). Researchers even analyzed the extent to which the poor performance they observed might be due to “the charter nature of the online schools rather than the online nature”; they found that it was indeed a result of the “online aspect of the schools.”

It’s common to hear defenders of these schools say that the type of student choosing to leave a traditional public school is already losing ground academically, perhaps due to unique barriers that make them fundamentally different from their traditional (and even brick-and-mortar charter) peers. If that is true, and if these fundamental differences are unaccounted for in CREDO’s “virtual twin” matching method, their results could skew in favor of traditional public schools.

E-schools also have high rates of student mobility, a point that CREDO acknowledges: “Mobility rates of students matter because high mobility can be correlated with lower academic growth as well as higher likelihood of dropping out.” The researchers note, “If it were true that students arrive at online schools with academic deficits created by high mobility, we would expect to find online students experienced higher mobility before switching to the online school than the comparison students.” However, they found similar rates of pre-online school mobility among virtual students (9 percent) and the comparison students in the study (8 percent), placing “doubt on the argument that higher pre-online mobility creates widespread, systematic academic deficits” among those opting into virtual charters.

These rationales—that virtual charters underperform because of their uniquely disadvantaged students and high mobility rates—are insufficient to explain the magnitude and consistency of virtual schools’ poor performance. Moreover, CREDO’s findings are consistent with what we’ve learned from Ohio’s report card data. Ohio has twenty-four e-schools, of which half can enroll students from anywhere in the state. (Note that all Ohio virtual schools, even those run by districts, are charter schools.) The Performance Index grades, value-added grades, and four-year graduation rates of Ohio’s statewide virtual schools are listed below (2013–14 data).

At least in Ohio, state metrics (calculated in a different manner than that used by CREDO) verify CREDO’s findings that virtual charter students have struggled academically. On value added, a measure of how much students between grades four and eight learn in a given year (and a key indicator of student learning for at-risk students), every statewide e-school but one earned an F in 2013–14.[ii]

In sum, CREDO’s latest findings add to the pile of evidence that should elicit grave concern about the quality of online schooling. In Ohio and across America, the 200,000 students attending two hundred virtual charter schools simply are not learning enough. And proponents of school choice are increasingly hard-pressed to defend virtual charters—some of which are run by organizations purported to make an extraordinary profit—when their learning gains fall so far below brick-and-mortar charter schools, let alone their traditional public school counterparts.

It’s true that a significant percentage of virtual charter students are disadvantaged—both in ways we can measure (poverty status, race, special educational status, etc.) and possibly in ways uncaptured by CREDO’s study. Students might attend an online school as a temporary solution during a family member’s cancer treatment, as a way to avoid gang conflict, or to learn during non-standard hours so as to support a family of their own. But until there is a close study of the population that chooses online charters, it remains unclear whether these kinds of scenarios are representative of the overall virtual school population. The unique challenges facing some virtual students must never serve as a justification for their schools’ inability to educate them well. Students fleeing traditional public schools deserve better than a repackaged form of low expectations. CREDO’s findings ought to inspire policy makers and choice advocates to double down on efforts to bolster virtual school quality and ensure that the students who attend them—if they are already disadvantaged—don’t fall further into the cracks.

[i] A note on methodology: Researchers used a virtual control record (VCR) methodology, wherein online charter students are matched to a virtual “twin” from a feeder school (any school losing students to full-time online schools) on the following demographic and academic variables: race/ethnicity, gender, English proficiency, free or reduced price lunch status, special education status, and grade level. Each traditional public school (TPS) student is identical to his/her charter school twin—at least on the observable characteristics controlled for by the study. Then researchers looked at the previous year’s test scores of as many as seven VCR-eligible TPS students, averaging them to create a “virtual control record.” The VCR represents the expected result a charter student would have realized if s/he had attended one of the traditional public feeder schools instead.

[ii] E-school proponents point out that prior to a rule change by the Ohio Department of Education in 2011, e-schools were performing just fine on the value-added metric. But that rule change merely expanded the number of students counted toward the benchmark, making it a more accurate and robust measure. In terms of student mobility—which e-schools have notoriously high rates of—virtual charters are held accountable for students who have been on their rosters for a year. This is the same expectation we hold for brick-and-mortar charter schools and for traditional public schools, some of which also have extraordinarily high mobility rates and don’t receive a free pass.