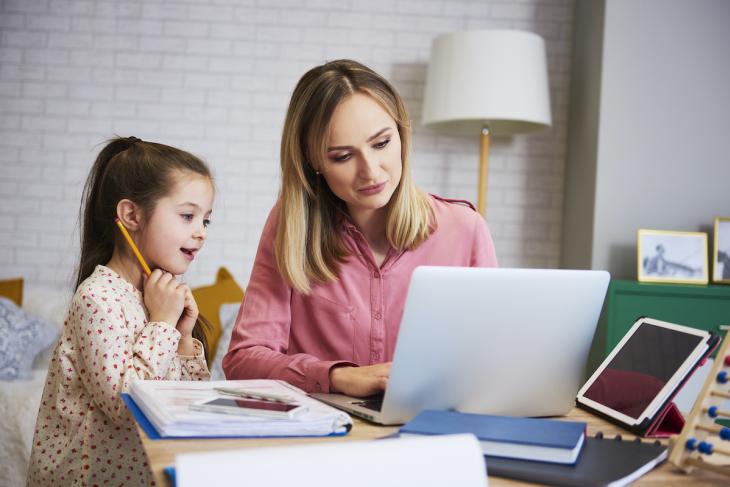 At the time of writing, the new coronavirus (COVID-19) has sickened more than 90,000 people and killed more than 3,000 worldwide, mostly in China. As a result, thousands of schools in China, where the virus emerged, have moved to a distance-learning model as public health officials aim to slow the virus’s spread.

With new confirmed cases of coronavirus emerging in the U.S. every day, there have been sporadic school closings in response. But American families and schools are not prepared for the types of radical changes that have been necessary in China and several other countries. The U.S. Department of Education has released some COVID-19-related advice for schools, and some districts may be able to resurrect plans made during the 2009 H1N1 epidemic, but The New York Times reports that few American districts have plans to facilitate long-term online learning if their physical schools need to close.

I spoke with educators in China about how they have managed the abrupt switch to distance learning. Here is what they suggested that administrators and teachers in American schools consider:

Recognize that saving lives is the most important goal. The new coronavirus has killed thousands in China, and avoiding similar fatalities in the U.S. is worth the sacrifice of staying home. Handwashing, not touching your face (which a mask can help with) and avoiding unnecessary social interaction can all stem the spread of the virus. Closing schools is a reasonable next step. Distance learning poses challenges for sure, but none of the teachers I spoke with in China suggested that it was a mistake to close the schools or that they were overwhelmed by the inherent difficulties of the transition.

Know your student information system capabilities. In many U.S. schools, the computers that track student grades and attendance also include aspects of a learning management system through which teachers can post videos and other content, students can submit work and teachers and students can communicate. Stone Li, the International English Language Testing System program coordinator at Jinhua No. 1 Middle School in eastern China, says that “a good digital platform can to a large extent mimic holding class in a classroom” and that this technology becomes much more important once physical schools close. If your school or district uses a bare-bones platform, it might be worth upgrading it or adding a new system to the mix, and teacher training sessions should be scheduled to get staff up to speed on what functionality is available before a shutdown occurs.

Increase your bandwidth. Not all students have computers or smartphones at home. To provide broad access to lessons, Chinese state television channels are broadcasting elementary school lessons nationally. Although that probably won’t happen in the U.S., getting local channels to pitch in airtime for class lectures could help support teachers and keep students from having to stare at their phones all day. Closing physical schools in the U.S. would also provide an opportunity for American online education providers to copy Chinese tech giants like Alibaba, Huawei, and Tencent by offering their services for free during the outbreak, giving educators a chance to test products they might then consider adopting permanently.

Embrace an all-hands-on-deck approach when it comes to communication. Teachers in China are using every means of communication to keep in touch with their students. Lectures and lessons are being delivered via TV and various school learning management platforms, while extra explanations may come through a group text on QQ or Wechat, popular multimedia messaging apps. When that’s not enough, direct phone calls and text messages to students and parents provide personal attention and help fill in the gaps. While a school may want to use a single learning management system to organize classes, there often isn’t just one best solution for communicating with students and parents. Most teachers will need to get comfortable with an ad hoc approach that utilizes different technologies for different tasks and even for different students.

According to Jay Xu, a literature professor at Southwest Minzu University in Sichuan province, using the group feature in commercial chat apps can be especially convenient because on the official platforms, “having so many people causes them to crash.” CNN reports that some students in Hong Kong are setting up virtual classrooms on Google Hangouts, making it easier to see and talk to one another as they work. But if students don’t have internet access at home—a problem for some children who live in poverty—purchasing 4G-equipped tablets and service may be the best option for some districts.

Have a plan for students who may struggle. Switching from in-class to distance learning is jolting for many students, but it also introduces special challenges for those who particularly need teacher attention and accountability. Amy Liu, a middle school English teacher in Hangzhou, says, “Distance learning is not that effective for some teenagers when they lack proper supervision.” Knowing that some students are going to have a tough time adapting to working from home, schools must have a plan that engages them and their parents through regular phone calls and other communication. Still, schools may find that some students thrive in the online environment.

Whether school closures, which have already swept at least eight countries, become common in the U.S. is anybody’s guess. But China’s schools have been physically closed for nearly a month, with no end in sight, so it would be hard to overstate the level of disruption that could occur should the same measure become necessary on this side of the Pacific.

Given the speed at which the coronavirus has moved around the world, getting schools, teachers, students, and parents prepared for an extended period of distance learning should be a top priority for education leaders.