Charters are much more than district R&D 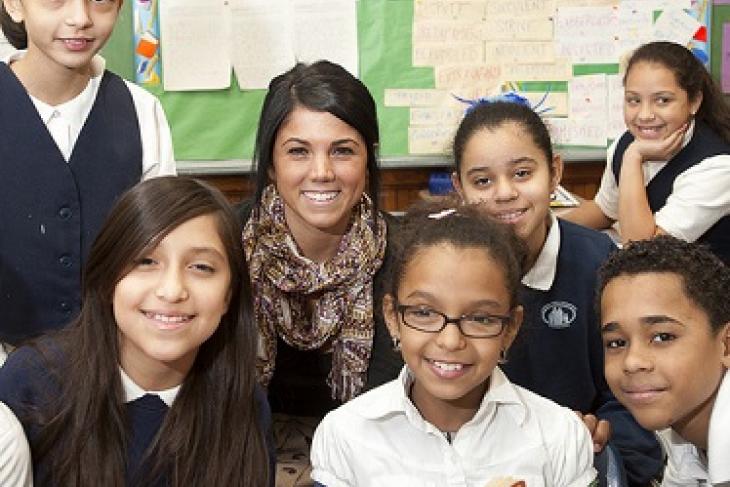 When Hillary Clinton recently told an audience that the purpose of charter schooling is to “learn what works and then apply (it) in the public schools,” she made the obvious mistake of implying that charters are not public schools.

But in her comments, Clinton contributed to another purposeful, longstanding, and inaccurate narrative. She suggested that chartering is, always has been, and should remain an R&D effort for the district sector. This argument serves the purposes of charter opponents and those who want to limit charter growth. That is, if you convince people that charters are only meant to think up and test a few new ideas, then you’ve established that the district is the real system and that chartering should never grow too large.

I’ve been trying to dispel this myth for some time. Chapter Five of my book The Urban School System of the Future chronicles the intellectual history of chartering, which includes motivations well beyond district R&D. In the 1980s, Ray Budde was looking for ways to permanently empower teachers in new environments. At the same time, Joe Loftus wanted new ways to oversee persistently failing schools. In 1988, Minnesota’s nonpartisan Citizen’s League argued that educators should have an ongoing way to create schools that could “pursue different education routes.”

Similarly, I wrote a paper in 2005 called “Original Intent: What Legislative History Tells Us about the Purposes of Chartering.” I found that in the preambles of charter laws, there are at least eighteen reasons why state leaders created chartering. These include providing more K–12 options, offering teachers a wider array of professional settings, experimenting with school accountability, increasing parental involvement, and fostering competition.

Clearly, then, chartering was never solely about developing new approaches for the district. But even if that had been the original idea, there’s nothing requiring that it be the raison d'être forever. One of the marvels of any meaningful innovation is that we can never predict all of its applications.

When Maxwell first explained electromagnetism, no one could’ve guessed that it would eventually help power the world and explain the universe’s functioning. The Wright brothers never that imagined manned flight could extend to the moon. No one in 1915 thought Einstein’s general relativity would lead to the Large Hadron Collider. Social Security initially benefited a small portion of our population; now few programs touch more people.

Today, NAPCS releases the tenth edition of its invaluable charter “market share” report. It shows exactly what I mean. While anti-charter advocates have been trying to clip this policy innovation’s wings, chartering has been growing. Today, fourteen cities have at 30 percent of their public school kids in charters. Nearly fifty cities have at least 20 percent in charters.

It is absolutely clear at this point that chartering can’t be relegated to R&D status. In New Orleans, it’s already functioning as a district-replacement system. In a handful of other cities, it may soon do the same. Some charter friends have more modest aspirations. Pearson and McKoy, for instance, envision an even district-charter blend. Others seem to want the charter sector to permanently operate in parallel to a district sector, giving interested low-income families public alternatives to assigned government-run schools. This debate will undoubtedly go on for years to come. But the facts have moved us beyond the chartering-as-ancillary-system mindset.

There are many thorny issues with which a city must grapple when its charter sector grows beyond 30 percent (e.g., enrollment, facilities, transportation). Detroit is dealing with these topics now. But it seems to me that the times call for one straightforward national adjustment.

For the last twelve years, NAEP has administered the “trial urban district assessment” (“TUDA”) to a number of traditional big-city districts. This allows us to compare these large, struggling systems. But in most cities, charters operate outside the district, so TUDA isn’t capturing the independent charter sector’s performance.

In cities like Detroit and Cleveland, a dozen authorizers oversee charters, so aggregate charter scores would encompass a wide array of policies and practices. That might not tell us much. So I recommend that the 2017 TUDA include RSD-authorized charters in New Orleans and PCSB-authorized schools in D.C. as stand-alone systems. Both entities oversee large urban K–12 systems that include all (or nearly all) of their cities’ charters.