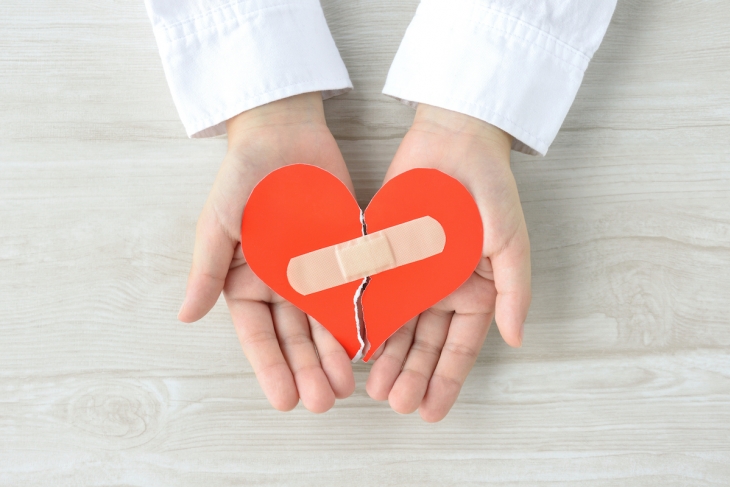 This post is adapted from an email conversation between Marc Tucker and Fordham’s Michael J. Petrilli, in which Marc was responding to Mike’s recent article, “The case for urban charter schools.” It also appeared in Fordham’s Flypaper newsletter.

I am under no illusions about the quality of traditional public schools in the U.S., and I understand the attraction of offering charter schools as an alternative to people who find they must put up with the worst of them if they want any education for their children. But it infuriates me that one of the richest countries in the world would conclude that the chances of having a world class public education system are so slim that the best we can do is a system that will marginally improve some of the worst of our schools. This country has, time and again, found a way to upend the system when it no longer works. Why can’t we do that now? Why is it impossible for us to decide that we want schools for all our kids that are as good as any in the world?

My perspective is situated in a particular analysis of the place of the United States in the global political economy. I see our country as offering a low-quality work force to the world’s employers but charging a very high price for that labor, at a time when rapidly advancing intelligent technologies are about to decimate the market for people with the low level of knowledge and skills the majority of our high school students now graduate with. Further, I see the way our society now works as locking those with relatively poor educations and their children into a world in which there is less and less hope of success. The lower rungs up the social and economic ladders are fast disappearing.

There is a reason that Donald Trump “loves the uneducated.” With luck, we will escape Trump. But it was the colossal failure of our national education system since the 1970s—a system that has produced no improvement whatsoever in the performance of our high school students in half a century, that has created Trump’s base of frustrated, angry, and humiliated working-class people. Their numbers will only grow as the pace of automation grows. That will only make it more likely that a smarter politician than Trump will succeed where Trump has failed. If the ranks of those who do not have the education needed to do the jobs that will not be automated grow, the trashing of our national Capitol building that took place on January 6 will prove to be only a harbinger of things to come. The White supremacists who were in that crowd were riding a very large and growing wave of economic despair.

Half a century ago, the country made a historic decision to provide broad support to the disadvantaged students in our schools, mainly Black and Hispanic students in our big city schools. They still need our help, as much actually as they ever did, because, at the high school level, hardly any progress has been made at all in half a century. But the world has changed.

We were put on notice eighteen years ago, when, in 2013, Oxford University, reported that 47 percent of U.S. jobs could be automated using equipment that was available at the time. As the cost of automation comes down, more and more of those jobs are being automated. New jobs are being created in their place, but it is very clear that most of those jobs require much more and better education than the people who are losing their jobs have.

The whole process of job automation is being accelerated by Covid-19, as employers replace people—who must be socially-distanced, who can sue their employer for not following CDC guidelines, and who can strike if they feel that they are being endangered or treated unfairly—with machines who think, but do not complain or need to be paid.

The vast majority of charter schools are in our cities, but any education policy that is implicitly based on the assumption that it is mainly our inner-city schools that are in trouble and the rest of our schools are in pretty good shape, is, to my mind, absurd. We live in a country that is painting itself into a corner, a country in which fewer and fewer people will have the knowledge and skills needed to do the kinds of jobs that will be in any sense rewarding or fulfilling. Employers will be able to pay less for the machines and get more for their investment. When masses of people of all colors can’t find decent work, the social fabric will fall apart and we will lose our democracy. Trump was just a shot across the bow.

From my perspective, what is at stake is not just justice and equity for the poor and minority residents of our big cities, important as that is, but the viability of the Republic, and we don’t have much time. I have been looking at the education systems of the countries that have been most successful in educating their students because they have done so much better than we—on average achievement, the achievement of their top performers, and on all the relevant gaps in the performance among their own students. We act in the United States as if it is up to us smart Americans to invent a new and better way to educate our children. Which is exactly what the CDC did when the coronavirus hit. The CDC wasted almost two precious months designing new tests that ultimately did not work when perfectly good tests were available from the Swiss from the start. We get first prize for hubris in all departments.

Our whole education system is incoherent and broken. It was designed for another era and needs to be rebuilt. That sounds impossible, but most of the top performers rebuilt their own systems sometime in the last fifty years. They only did it when they faced what they took to be a crisis. The nature of those crises varied, of course. We think there is a crisis, but it is not in the schools that serve our kids, it is in the public schools in the city. We come up with ideas for creating schools there that we would not dream of sending our own kids to. I regard that as totally irrational. Wrong definition of the problem—wrong solution.

I am not opposed to charter schools. Indeed, I served with pride as a founding member of the board of the BASIS Schools charter in Washington, D.C. But, from where I stand, there is no evidence at all that widespread implementation of charter schools will result in the dramatic changes in student performance in the United States that are now required. For me, charter schools are a policy Band-Aid when a heart transplant is needed.

Through my whole professional career, I have been deeply concerned about the lousy education that most Black and Hispanic kids are getting in our inner cities. But my experience in my home state of Maine, which has lost its forest products industry, shoe industry, textile industry and fin fish industry in my lifetime, has made it clear that the same thing can be said of the rural schools I am surrounded by and a growing number of the kids in our low-income suburbs. What is so deeply depressing to me is that I see our politics pitting poorly educated Whites against poorly educated Blacks, Latinos, and Native Americans. The problem isn’t the “others.” It is the poor education that the majority of young Americans are getting that is robbing them of their future and bidding fair to rob all of us of our country.

That is why I see charters as a side show.

Marc Tucker is President Emeritus and Distinguished Senior Fellow at the National Center on Education and the Economy in Washington, D.C.