Charter schools at 30: Looking back, looking ahead 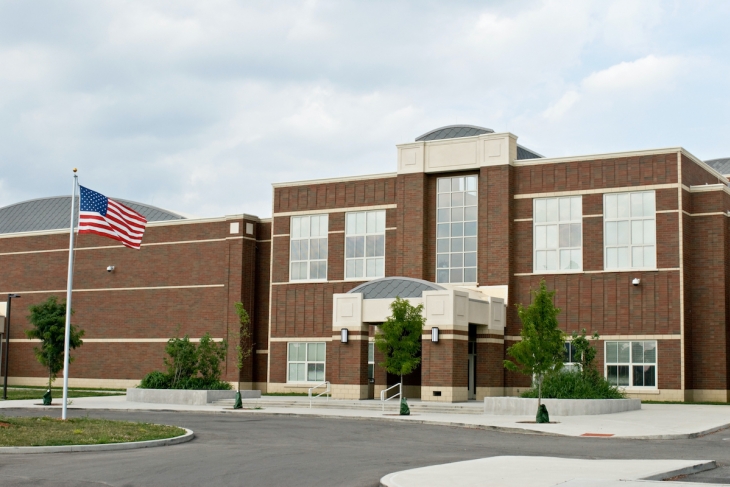 Today, forty-four states—plus the District of Columbia, Puerto Rico, and Guam—have public charter school laws on their statute books, laws that have led to more than 7,500 schools employing 200,000-plus teachers and serving 3.3 million students. The thirtieth anniversary of the nation’s first charter law on June 4 inspires us to recall their fundamental purpose and bipartisan political origins; their contributions to advancing educational opportunity; and the lessons we’ve learned over these three decades that should inform what happens going forward. While recognizing its remarkable accomplishments, its impressive growth, and its immense promise, we also do well to acknowledge that the charter movement has ample room to improve.

The purpose was clearly stated in 1990 by Ted Kolderie, Senior Associate at the Minnesota-based Center for Policy Studies. Kolderie is arguably the foremost theoretician of chartering, and that year he authored a policy report for the D.C. based (and center-left) Progressive Policy Institute. Two paragraphs bear quoting:

It is time to say this: our system of public education is a bad system. It is terribly inequitable. It does not meet the nation's needs. It exploits teachers' altruism. It hurts kids. Instead of blaming people…we need to fix the system [and] organize public education in America on a new basis. The proposal outlined in this report is designed to introduce the dynamics of choice, competition and innovation into America's public school system.

How can we use the powerful idea of choice to improve our schools while retaining the essential purposes of public education? This report proposes a simple yet radical answer: allowing enterprising people—including teachers and other educators—to... create new public schools, and ultimately a new system of public education, [by having] the states...simply withdraw the local districts' exclusive franchise to own and operate public schools. [We need to undertake] divestiture, or allowing the districts to get out of running and operating public schools altogether.

In 1994, President Bill Clinton signed legislation creating the federal Charter School Program, co-sponsored by Connecticut’s Democratic Senator Joe Lieberman and Minnesota’s Republican Senator Dave Durenberger. Pro-charter bipartisanship continued in Washington with Presidents George W. Bush, Barack Obama, and Donald Trump and was paralleled in almost every statehouse that engaged in chartering. That’s because this education reform addresses important priorities on both the left and right. It allows families the choice of a free K–12 public school that meets their child’s needs, rather than forced assignment to a district school. It has created an alternative delivery system that affords long-neglected families access to potentially higher-quality schools than they find within the traditional structure of public education. Yet charters remain public schools: open to all, tuition-free, and accountable for their results to duly-constituted public authorities.

The best charters consistently make greater student achievement gains than traditional public schools. They show what University of Michigan economist Susan Dynarski calls “a consistent pattern” of improvement “[with] students [who] are overwhelmingly low-achieving, poor and nonwhite.” Additionally, analysts at Stanford University’s CREDO and the National Bureau of Economic Research show that a sizable subset of charters—sometimes termed “high expectations/high support” schools—have significant positive achievement impacts, especially for students of color and those from low-income communities.

Chartering has also pioneered new forms of governance for public education, including statewide Recovery School Districts that restart low-performing schools as charter or charter-like schools, with post-Katrina Louisiana the most prominent example.

The District of Columbia is another example, where almost equal numbers of its over 94,000 students are enrolled in separately governed district and charter sectors, both ultimately answerable to the mayor.

Other charter-inspired governance models include “portfolio” districts and partner-run schools where districts transfer school governance to independent nonprofit organizations like Innovation Schools in Indianapolis, Luminary Learning Network in Denver, and District Campus Charter Schools in Texas. There are also district-run schools operating with waivers from policies like collective bargaining agreements, as in the Fulton County Georgia Charter System, which converted twenty-two of its own schools to charters.

The first thirty years of chartering have taught us key lessons about what should happen going forward. With the benefit of hindsight, we must acknowledge that placing a charter sign on a school building actually reveals surprisingly little—mostly just that it’s a “school of choice” with some freedom to be different. Early advocates, ourselves included, were eager, earnest, and sometimes effective, but we were also naïve about a few things. These include:

Authorizing: Not enough attention was paid to authorizing, governance, and quality control. We’ve focused on quantity rather than quality, assuming that a barely regulated marketplace would provide more assurance of school quality than it has in reality. That’s partly because—another admission—we’ve learned that not everyone who wants to start a school knows (or cares) how to do it well and that not every parent choosing a school for their child places academic achievement at the top of their priorities.

Financing: Supporters did not demand sufficient funding (or facilities) for charters. Solid bricks need more straw. And while we welcomed the infusions of capital and entrepreneurialism that have accompanied private sector participation in the charter venture, we didn’t take seriously enough the risk of profiteering.

School autonomy: The many forms of governance and operational autonomy that charters enjoy allowed them to respond more quickly and effectively to the challenges created by Covid 19. Yet policymakers and advocates in most places never insisted on sufficient autonomy for their charters—nailed into place, not just vaguely promised. The result has been too many schools that are still fighting for crucial operational, financial, and governance freedoms.

Accountability: Charters are doubly accountable, both to the parent marketplace and—via their inclusion in ESSA and other statewide accountability regimes—to public authorities. Yet one tenet of the original charter bargain—if a school doesn’t produce the desired results, don’t renew its charter—has been a mixed success. Even mediocre charter schools are usually cherished by those attending them, and often the available alternatives for those children are worse. So the bargain needs some work—and authorizers need more flexibility when schools don’t perform.

Minority student focus: The laudable impulse to concentrate first on poor and minority kids trapped in abysmal inner-city schools contributed to a perception of charters as merely schools for impoverished urban dwellers. At the same time, despite much improvement on this front, not enough charter schools and networks are yet founded or led by people who “look like” the youngsters that they seek to serve.

Research and development: Though many charters have innovated in various ways, there’s still a regrettable sameness across the sector, which hasn’t functioned as well as an “R & D” center for public education as many early supporters hoped. Neither has it fulfilled the vision of the late Albert Shanker that charters would emerge as teacher-created, teacher-run schools. At the same time, we must add, the district sector and teacher unions have generally shunned chartering rather than seeking to engage with and learn from it.

Educational pluralism: Thirty years ago, few imagined how many different forms of educational choice would take root and grow in so many states and communities. Today, in addition to charters, we have school vouchers or scholarships, education savings accounts, tax credit scholarships, individual tax credits and deductions, micro schools, and more, including far more choices within and between traditional districts. While charter waiting lists are still long, the proliferation of these other options has no doubt lessened the demand for more charters while creating additional opportunities for many families.

Not everyone is thrilled, but chartering is now a durable part of the public education landscape. It’s not going away however much its foes would like it to. But it ought not stand pat, for we see plenty of fresh challenges and unresolved questions for the future. These include:

Those “left behind”: As charters come to serve a sizable fraction of schoolchildren in a given community, who is responsible for the “education safety net” by which every kid has access to some school that can satisfactorily address her educational needs? Must every individual charter school be expected to accommodate the singular challenges of every child, no matter how difficult or esoteric?

Open to all: How to handle the challenges of pupil discipline and the related question of whether charters must retain every youngster they admit, regardless of behavior or academic performance? Even the traditional district sector allows for some exceptions.

More than poor and urban: What about encouraging more charters to serve other populations that would benefit from school alternatives: middle class kids, gifted children, just girls or just boys, children of military personnel, etc.? Why not select students for some charters—gifted kids, future violinists, Mandarin learners, for example, rather than conduct random lotteries? Why not open the sticky door to religious charters?

Learning outcomes: As important as reading and math scores are to understanding what a young person is learning, other student outcomes also matter. What about charters that want to deviate from state academic standards to focus on particular specialties, including some that opt to concentrate on high-quality career and technical education rather than college prep?

Unbundling school services: How can charters form relationships with other education providers, including those spawned by the pandemic? What can be done to build bridges with micro schools, homeschooling, private schools, PODs, etc.? What does this mean for relationships with parents? What is the role of authorizers in fostering (and monitoring) these partnerships?

Closing schools: Because it’s really hard to shut down bad charters just because of low achievement, what about developing more mechanisms for transferring students to successful operators through methods like mergers? Or transferring responsibility for the school itself to a proven operator? Let’s put some more arrows in the authorizing quiver.

Collapse of bipartisanship: The longstanding support for charters from both center left and center right has all but collapsed. On the right, some see charters as an overly regulated marketplace of faux choice. On the left, some see charters as elitist, exclusive, or otherwise inequitable. Rebuilding that coalition is an important political task for ensuring that the advances in educational opportunity spurred by charters continue to grow.

Through a combination of choice, competition, and innovation, chartering has bettered the academic and life outcomes of K–12 students, thereby reducing inequality, widening opportunity, strengthening parents, and enhancing civil society. These are remarkable accomplishments for a thirty-year period, worth protecting and cultivating.

Yet charter promoters have sometimes been naïve, occasionally self-interested, and often set in their ways. Because many of today’s challenges could not have been anticipated, there’s no embarrassment in acknowledging shortcomings while also welcoming recalibration and further innovation.

This is not the first time—and surely won’t be the last—that a grand policy initiative has encountered bumps, surprises, and some backlash. As Kolderie foresaw in 1990, “Resistance [to chartering] will be fierce.”

When dealing with so many complex institutions across so many different jurisdictions, the challenges of politics, resources, talent, and implementation were sure to be profound. And when what’s being changed contains as many ingrained practices, hidebound regulatory regimes, and vested interests as American public schooling, these trials are even greater.

As the charter movement looks to decade number four, can it adapt and respond with the creativity and nimbleness that the present situation requires? We surely hope so.