Charter school pluralism: "No-excuses" and beyond 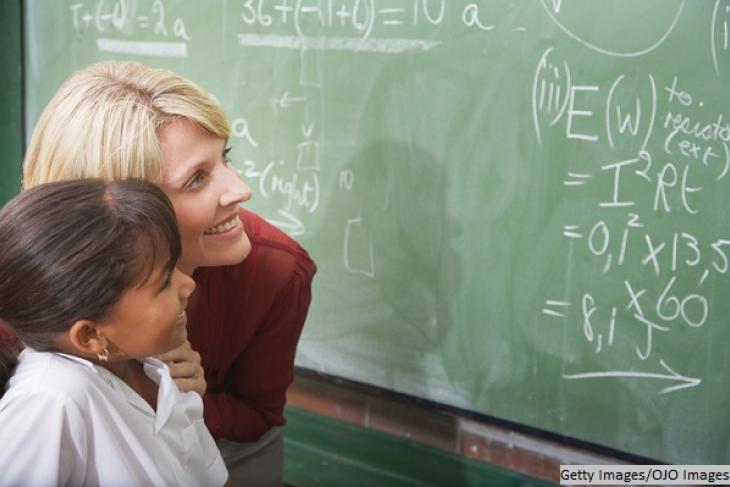 This is the third in a series of essays marking the twenty-fifth anniversary of America’s first charter school law. These commentaries are informed and inspired by our forthcoming book (co-authored with Bruno V. Manno), Charter Schools at the Crossroads: Predicaments, Paradoxes, Possibilities, to be published in this fall by Harvard Education Press. Read the others here, here, here, here.

As noted in our first essay, chartering evolved from many theories, responded to many needs, sought to solve many problems, and embodied many hopes. These diverse tributaries flooded the charter stream with an abundance of different life forms. Yet one species has emerged at the top of the food chain, and its prominence has brought some risk to the ecosystem.

The “no-excuses” model has emerged as the most effective strategy for giving these kids a fresh lease on life. As we explained in our last essay, such schools are characterized by high behavioral and academic expectations, much more learning time, curricula geared toward college entry, and robust school cultures. Many of them (including KIPP, Success Academies, YES Prep, Achievement First, and Uncommon Schools) have worked wonders with their youthful charges. In no small part because of its success—as well as the compelling needs of the children it targets—the no-excuses model has been advanced by philanthropists, public policies, a growing school reform movement, and aligned ventures such as Teach For America, TNTP, Educators for Excellence, and Teach Plus.

Looking toward the future of chartering, one rational, defensible strategy for the years ahead is to expand and perfect the no-excuses model. Plenty of needy kids don’t yet have access to such schools. And we already know that, with sufficient talent, resources and effort, they can be replicated, scaled, and organized into viable networks. If we want to dramatically boost student achievement and life prospects for disadvantaged students, this model is probably the way to go.

But is that important mission all that the charter sector should undertake? We don’t think so. It’s clear that no-excuses schools don’t suit every child or family seeking alternatives to the woeful neighborhood options supplied by local districts. Some balk at its rigid practices, which can yield great test scores but don’t necessarily cultivate qualities of character, creativity, and deep understanding. (Critics also fret that no-excuses schools don’t do a great job of preparing young people for the independence and self-management they’ll need to thrive in college and beyond.) And some research suggests that the schools boosting test scores highest aren’t necessarily the ones that are getting the best long-term outcomes. Former no-excuses networks like Ascend Learning have even adopted more liberal models. And it seems to us that the charter movement should welcome additional kinds of schools for poor kids.

Another problem: Because they provide additional services and all those extra hours, no-excuses schools typically need more money than is often supplied by regular charter funding streams. (KIPP schools, for example, receive approximately $1,000 more per student than traditional public schools. The semi-residential SEED schools cost north of $30,000.) So helping to cover their extra costs has been the primary focus of most philanthropists active in the charter space. We sense—and others have alleged—that this funder concentration on supporting and replicating no-excuses schools has fostered the belief that successful charters are only to be found in this particular niche, inadvertently denying resources to other promising school models.

Note, too, that the focus of no-excuses schools on poor and minority kids plays into the hands of critics who assert that charters are re-segregating public education. Analysts affiliated with UCLA’s Civil Rights Project, for example, assert that “charter schools are more racially isolated than traditional public schools in virtually every state and large metropolitan area in the nation.” We find no merit in those allegations—indeed, University of Arkansas researchers reached very different conclusions from the same data—but chartering doesn’t need the burden of such accusations.

Everyone close to the charter sector knows that it’s more diverse than no-excuses hype might lead one to think. Indeed, a recent study of charters in seventeen cities found roughly equal numbers of more progressive alternatives alongside no-excuses schools. Plenty of other charters fit neither category.

Let’s welcome and encourage such pluralism in the years ahead. Chartering is a flexible instrument that can be applied to many needs and opportunities. What about more high-quality CTE charters or charters for gifted and talented students (more than one hundred charter schools now focus on children with disabilities)? Charters for art enthusiasts? Personalized learning charters where kids can proceed through the curriculum at their own pace? More charters for youthful offenders and former offenders? Schools just for girls and just for boys? For athletes or for classicists? Character-and-civics-centric charters? Schools for rural residents? For kids whose posh but rigid suburban districts aren’t meeting their needs?

The no-excuses model ought to remain a sturdy pillar of the charter sector. But bona fide school choice means plenty of different options, and chartering is the surest mechanism in America today to make these available. Let’s use it to the max.