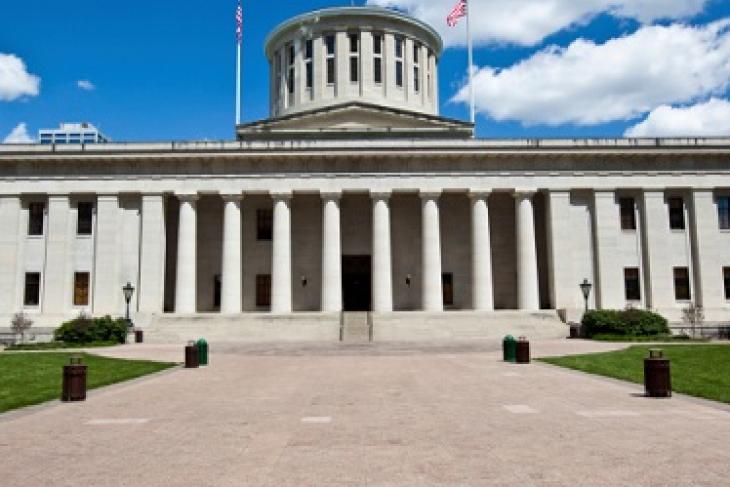 In December 2014, Ohio Governor John Kasich promised wholesale charter school reform in the new year. “We are going to fix the lack of regulation on charter schools,” Kasich remarked. Now, thanks to the fearless leadership of the governor and members of the legislature, Ohio has revamped its charter law. Most impressively, the charter legislation that overwhelmingly passed last week drew bipartisan support and praise from editorial boards across the state.

It’s been a long road to comprehensive charter reform in Ohio. When the Buckeye State enacted its charter law in 1997, it became a national pioneer in charter quantity. Disappointingly, it has not been a leader on quality. To be sure, there are examples of phenomenal charter schools. Yet too many have struggled, and a surprising number of Ohio charters have failed altogether. The predictable result is that on average, Ohio charter school students have fallen behind academically. A 2014 study by CREDO found Buckeye charter students losing forty-three days of learning in math and fourteen days of learning in reading relative to their district peers.

As regular Gadfly readers know, we at Fordham have consistently voiced concerns about our home state’s ailing charter sector. In our view, many of these woes can be traced to the state’s rickety charter law—one that has long been riddled with special exemptions and loopholes that needlessly protect bad actors within the charter system. In 2006, we partnered with the National Alliance for Public Charter Schools and the National Association of Charter School Authorizers and suggested ways to improve Ohio charter law. A few of our recommendations were adopted, but many remained unheeded.

After the high-profile flameouts of several start-up schools in fall 2013, we became convinced that the timing was ripe for another full-court press for reform. To set the table, we asked Andy Smarick and his colleagues at Bellwether Education Partners to conduct a deep-dive analysis of Ohio charter policy. The resulting report, released in December 2014, specified thirty-four statutory changes that, if enacted, could right the ship. The recommendations focused on purging misaligned incentives and conflicts of interest, while also creating policies and structures that promote educational quality (stronger authorizing and greater funding first among them).

Following up on Governor Kasich’s announcement that charter reform would be a major focus of his administration, Ohio lawmakers kicked off the 2015 session by unveiling a high-priority charter reform bill (House Bill 2, or HB 2). In the ensuing nine months, virtually every detail of Ohio charter law was laid on the table and publicly discussed. Despite some wrangling over the details, lawmakers on both sides of the aisle embraced a strong package of reforms in the bill that ultimately passed last week. These reforms—twenty-eight of them taken from the Bellwether report, by our count—insist upon good governance and are fundamentally geared toward promoting good practices among those who oversee and operate charter schools. Importantly, these reforms don’t interfere with the school-level autonomies that allow charters to operate differently than district-run schools.

Briefly, here are four of the bill’s key features (see here for a detailed list of provisions).

First, the legislation strengthens the hand of the state to crack down on poorly performing authorizers, the gatekeepers of overall sector quality. The bill adds teeth to Ohio’s authorizer-evaluation system by granting the state greater power to quickly close an authorizer that is neglecting its oversight role or allowing too many bad schools to remain open.

Second, the legislation addresses incentives that have weakened accountability at the authorizer level. For example, Ohio authorizers have long had financial incentives to be soft on underperforming schools, even when imposing tough sanctions is the right thing to do. The reforms in HB 2 mitigate these incentives. For example, authorizers must now disclose how they’re spending the fees generated from their schools; as a result, they’ll be less inclined to use authorizing as a way to subsidize other activities. Additionally, most authorizers will face strict prohibitions on selling services to their schools—transactions that can obviously compromise accountability. By limiting the financial motivations for authorizing, we expect authorizers to refocus on what matters most: Holding schools accountable for results.

Third, the bill empowers charter school boards to take charge of a school rather than serve as pawns of a domineering management company. Boards, for example, must now retain independent legal counsel when entering into contracts, and they’ll generally be required to hire independent fiscal officers. Previous law had also allowed management companies to appeal termination to their authorizers and, if successful, fire their board members. The new legislation eliminates this provision, giving boards leverage to terminate a management company without fear of retaliation.

Fourth, charter law will now expect management companies to operate in the light of day. While some companies are stellar outfits, others have failed to deliver for their schools; under the new law, Ohioans will know more about which ones are truly working toward the best interests of the schools they manage. The bill increases transparency by requiring a state report on each management company’s performance, a detailed accounting of their financial expenditures, and disclosures around any lease agreement they might have with their schools.

With legislative reform in the rearview mirror, the critical work of implementing these provisions begins in earnest. One facet of policy implementation deserves special mention: Many of the reforms hinge on the authorizer evaluations tasked to the Ohio Department of Education (ODE). Can the state agency safeguard the fidelity, rigor, and consistency of the evaluation process, especially in the face of political pressure either to weaken it or make it overly harsh? Can ODE maintain transparency around the evaluation procedures and results, which is essential to determining whether state authorities are evaluating authorizers diligently and fairly? Can the Herculean task of evaluating all authorizers—Ohio has seventy or so of them—be done in a timely fashion? Much depends on the answers to these questions.

Of course, the state alone doesn’t bear the responsibility of faithful implementation. Leaders at the authorizer, board, and school levels will need to follow and implement the new law as well. Will governing boards, for example, use their newfound leadership authority for the good of their schools? Will they enter into sensible contracts with management companies? Can they leverage objective information to make sound decisions about the financial and academic health of their schools?

In addition to the work on the implementation front, further reform still awaits. While some fiscal reforms helping charters did pass earlier this year, the state’s funding system still needs work to ensure that charter school students aren’t shortchanged. (The latest numbers show Ohio charters getting pennies on the dollar.) The Buckeye State also recently won a federal grant that should significantly improve the odds of success for start-up charters. That grant must be rigorously implemented and well-administered by state officials.

Perhaps most important in the days ahead is the critical need to repair the charter sector’s reputation—inside of Ohio and nationally. It’ll take the relentless work of policymakers and advocates of high-quality charters to keep the momentum going.

With the passage of landmark charter reform, Ohio lawmakers have steered the state’s charter sector in the right direction. They’ve created the conditions for a thriving charter sector that has the potential to compete with the very best in the nation. They have laid out a vision for how the sector ought to function from the state level down to the school board. Policymakers have made it very clear that bad actors in the charter sector will neither be tolerated nor welcomed. While the work is far from finished, we can now boldly proclaim that Ohio is on the road to redemption.