The case for career-focused charter schools 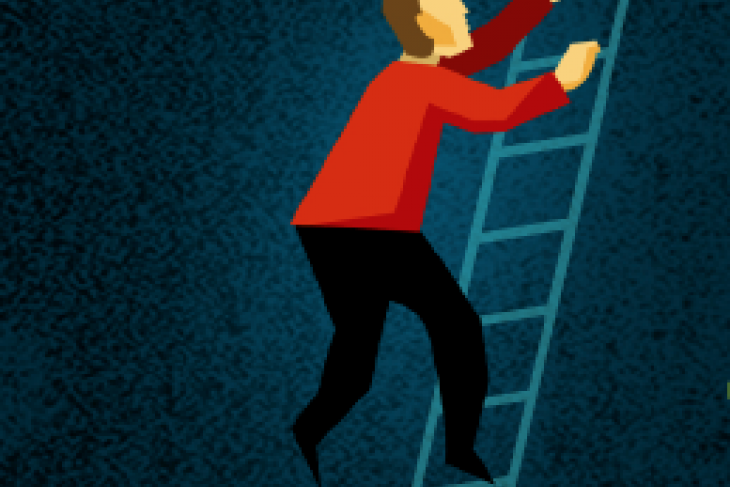 Let’s begin with some data. Fewer than 33 percent of young people succeed in attaining a four-year degree by age twenty-five. If you disaggregate by income, only about 15 percent in the bottom third of the distribution attain a degree. In the bottom quintile, it’s half that. If you look at graduation rates among those who enroll, only about 30 percent in the bottom two income quintiles complete within six years. The economic returns of “some college” (i.e., those who drop out with no degree or occupational certificate) are no different than for those with only a high school diploma.

Finally, nearly half of those young people who attain a four-year degree are struggling in this labor market: 44 percent are underemployed, working in jobs that historically have not required a four-year degree, or working part-time while seeking full time employment. Meanwhile, there is rising evidence that those with two-year technical degrees (AAS) are out-earning average young BA holders.

It’s no longer a matter only of how much education you have, but what skills you have acquired and how well they match up with what the economy requires.

While it obviously should be a critical national priority to increase the proportion of low-income kids—especially African Americans and Latinos—attaining four-year degrees, these numbers suggest that the risks of putting all our eggs in the four-year college pathway are huge. A new report tells us we now have 5.5 million 16–24 year olds who are “not in education, employment, or training” (or NEETS, as they are known in the international research). It’s time to focus on building some alternative pathways for getting most kids not only through high school, but also through to some form of postsecondary credential with value in the labor market.

We have two national high school reform networks serving low-income and minority kids that now have sufficient scale and evidence of success to be taken seriously: career academies and early college high schools (ECHS). The career academy movement is now thirty years old. There are several thousand academies all over the country, but the network I’m referring to consists of 670 academies operating under the umbrella of the National Academy Foundation. These academies serve over eighty thousand students, two-thirds of whom are African American and Latino. They operate in five career areas: engineering, information technology, health care, finance, and hospitality and tourism. They combine rigorous academics with relevant career-focused technical courses and aligned workplace learning opportunities. Most importantly, NAF academies have very high graduation, college enrollment, and on-time completion rates.

The early college movement developed more recently; it is now about twelve years old. It was launched with a series of grants to school development organizations by the Gates Foundation (and a grant to Jobs for the Future to serve as the foundation’s ECHS intermediary, providing technical assistance and a student information and tracking system). The ECHS movement, like the career academy movement, has grown to the point where there are hundreds of one-offs beyond the initial group launched with Gates support; but we now have good data on the roughly eighty thousand students who are counted in the Gates-funded network. The demographics of these schools are similar to NAF’s: heavily low-income and minority, with most students coming from non-college-going families.

ECHSs are designed with two-year and four-year higher education partners. The incentive of a year or more of free college is used to motivate lagging students to complete high school with at least a year of college credit. Roughly half of ECHS students are now graduating with a year of college credit, and at least one-fourth do so with an associate’s degree. It is no surprise that when compared with their peers, ECHS students have higher graduation and college enrollment rates. We don’t yet have enough data to compare completion rates.

For charter advocates wanting to address the needs of the two-thirds of young people who are not attaining a four-year degree, especially those who are candidates to join the ranks of the 5.5 million NEETS, designing schools that combine the strengths of career academies and early high schools seems a promising option.

Although this is a model that, in theory, district schools could adopt as readily as charters—the IBM/CUNY/NYC Department of Education-sponsored P-TECH is an existence proof—I think this model is much easier to carry out under the charter umbrella. For one thing, charters in many states have the flexibility to hire people from industry to teach on an as-needed basis without worrying about certification requirements. For another, charters can more easily create a schedule flexible enough to allow for substantial internships and other forms of workplace learning without worrying about seat-time requirements. Charters could, if they chose, allow seniors who had met all other requirements to complete a semester-long paid internship.

The key to making this model work goes back to engaging employers and community colleges in the design from day one. The basic decision rule in building the curriculum should be this: Anything that can be taught more effectively at a workplace or a community college should be pursued there rather than in the high school. Among other things, this means that the charter would not be expected to purchase expensive equipment that might already exist in a partner’s lab.

It is understandably a continuing point of frustration for many high school charter operators that so many of their graduates who enroll in four-year institutions fail to graduate, even if the charter has done a great job preparing them for success. Too many of the variables that lead kids to drop out – financial problems, family issues, bad teaching, weak advising – are simply outside the reach of the charter school once the kids have left it. A huge advantage of the career-focused ECHS model is that the school can see the kids all the way through to the completion of a first credential with value in the labor market, providing whatever support is necessary to help kids get to the finish line.

A second argument for this model comes back to a core principle that undergirds the charter movement: the importance of choice for young people and their families. One reason that many education reformers instinctively recoil at anything that smacks of career education is the knowledge that vocational education was too often a historical dumping ground for black and brown kids—especially those whom teachers and counselors deemed “not college material.” The career pathways movement is predicated on the assumption that it is young people and their families who must be given the right to choose among pathways, all of which should be designed to lead to some form of postsecondary education or training.

The goal here is not to slot kids for life at age sixteen. Our economy is much too fluid and dynamic for that. Rather, the goal is to get many more kids through adolescence and into young adulthood with the knowledge, skills, credential, and work experience to get launched successfully into the labor market, while keeping open the option to continue on to a four-year degree if they choose.

Robert Schwartz is professor emeritus of practice in educational policy and administration at Harvard. This article was adapted from his chapter in Michael J. Petrilli’s forthcoming book, Education for Upward Mobility.

Topics:
Charter Schools
Curriculum & Instruction
Thank you for signing up!
Please check your email to confirm the subscription.