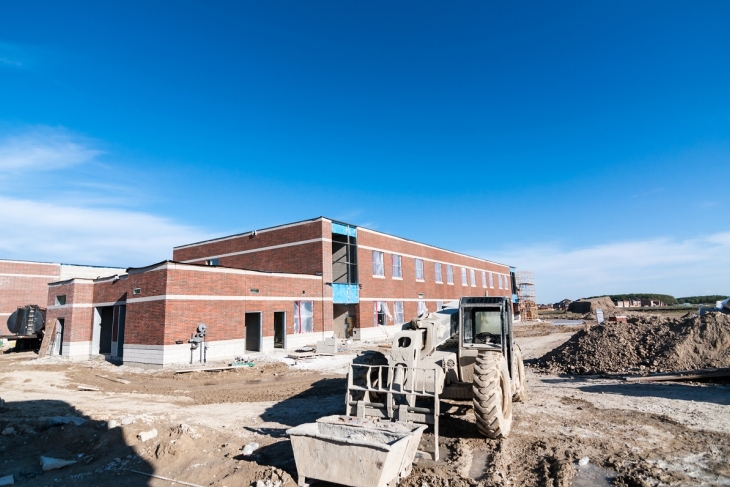 The nationwide surge in violent crime, which preceded the pandemic but accelerated in 2020, has prompted a range of policy responses, from expanding and refunding police forces to calls for more preventive community, youth, and drug interventions. A new analysis led by Duke University economics professor E. Jason Baron, along with Joshua Hyman and Brittany Vasquez, explores another strategy: What if, to prevent crime, we invest in elementary schools?

The economists developed their study from Michigan data starting in the 1990s, grounding two natural experiments in plausibly exogenous variations in elementary school funding. The first stems from the passage of Proposal A in 1994, a statewide school-finance reform that narrowed gaps in per-pupil funding, bringing the bottom three quarters of districts up to the same level of funding as districts in the seventy-fifth percentile by 2003. This reform effectively created two groups of districts: the “treated,” which for the most part were originally poor and largely rural, and the “control” districts, which were richer at the start and remained so throughout the equalization effort. The researchers conducted a difference-in-differences regression to identify the relationship between school operating expenses (mainly teacher and administrator salaries) and student criminal records between 2012 and 2020.

The second natural experiment derives from an analysis of Michigan school capital bond elections, pointing additional dollars toward new construction and renovation projects. The researchers focus on close outcomes (e.g., 51 percent to 49 percent) across hundreds of districts between 1996 and 2004. They demonstrate these districts to be statistically equivalent in demographic and economic terms and then compare the winning districts—those that narrowly voted to improve their infrastructure—to the losing districts.

In terms of operating expenditures, Baron and team found that elementary students exposed to 10 percent higher operating funds have a 2 percent lower chance of being arrested by the age of thirty for a federally tracked “index” crime—a 15 percent decline versus the background rate of arrests. They focus on elementary schools because their data set followed ten Kindergarten cohorts between 1995 and 2004, including nearly 1.2 million individual students. In terms of capital expenditures, they found that successful capital bond elections were associated with a $2,257 increase in capital spending the first year after an election and a $943 increase the subsequent three years. They also found that elementary-student cohorts in narrowly winning districts saw a 2.7 percent lower arrest rate in adulthood than their peers in narrowly losing districts, a 20.1 percent relative decline.

Discussing the possible mechanisms for how elementary school spending in the 1990s might influence crime in the mid-2010s, the researchers dive into attendance data, exam scores, and educational outcomes such as high school graduation and college-enrollment rates, finding that increasing operating funds is associated with mild to moderate improvements in all these intermediate outcomes. As for improving school facilities, the analysis suggests that better buildings may lead to higher student and family morale, less absenteeism, and the reduction of “criminal capital” by young students during a critical period of social-emotional development.

In terms of dollar-for-dollar efficiency, the researchers found that increasing capital investment was around two-thirds as powerfully associated with reducing crime as increasing operating expenditures. Specifically, the economic elasticity (percent versus percent change) of adult arrests with respect to capital spending was approximately −1, while that figure with respect to operating spending was −1.5. Comparing crime-prevention strategies, elementary school investment cost about $20 per crime averted, while expanding police forces ranged from $18 to $31 per crime prevented. Thus, they tentatively concluded that elementary school investment is competitive with police spending and on par with other academic interventions such as the Perry Preschool Project, while of course acknowledging that educational spending sees delayed outcomes over decades, compared to the relatively immediate results of expanding police forces.

No doubt we can expect other economists to push back on these almost-too-good-to-be-true findings. But assuming they check out, this research raises an interesting range of questions at the intersection of education and crime policy. Baron and his team reflect that, whereas the remarkable 1990s decline in crime rates is usually attributed to “tough on crime” policing and demographic shifts, there may be an underexplored link between school-finance reforms in the 1970s–80s and falling crime in the 90s—which complements other research on the benefits of school spending.

Unaddressed is whether the sharp decline in school spending in the wake of the 2008 Great Recession could be partly to blame for today’s violent crime spike. There’s already reason to suspect that going over the “fiscal cliff” back in the early 2010s led to decreased student achievement many years later; perhaps it’s influencing other life-and-death outcomes, as well. With another fiscal cliff looming, policy makers would be wise to make better decisions this time around. 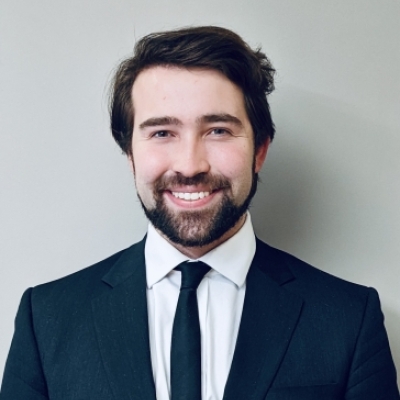 Christian Eggers is a research intern at the Thomas B. Fordham Institute. A recent graduate of Columbia University, where he dual majored in Economics and Philosophy, Christian plans to attend law school in the future. While at Fordham he hopes to integrate his background in quantitative research and nascent interest in law into his policy research. Christian currently lives in Long Island with his partner and their…