California goes over the rainbow: An accountability farce 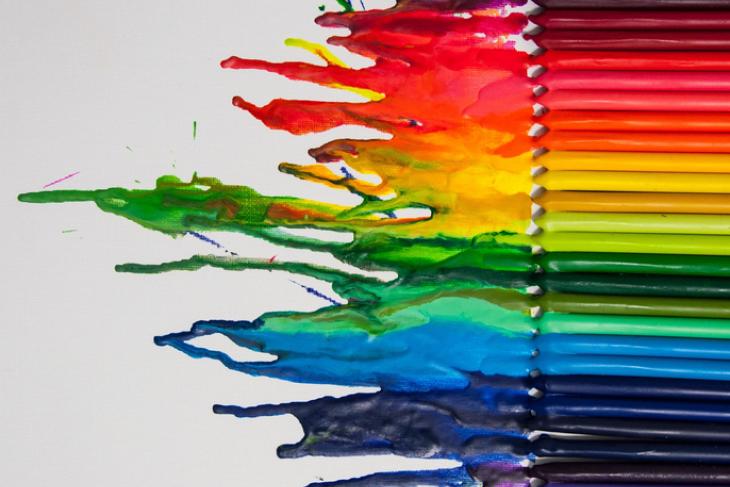 No, I’m not referring to the Golden State’s rich palette of ethnic and other minority (and majority) groups, nor to its desire that they’ll live, work, and go to school in harmony, like Monet’s Water Lilies or Matisse’s Fauve masterpieces. I’m on the case of California’s nutty new color-coded approach to school accountability and school report cards. Not only is it manifestly discriminatory against color-blind people like me; it’s overall baffling and unhelpful to just about everyone who might ever want to make use of it.

We all know that the Every Student Succeeds Act gives states much wider leeway than they had under NCLB to craft school accountability arrangements that suit them. Just about every state is frantically working to get its Title I plan to Washington by the March 2017 deadline, and battles are raging over the Education Department’s interpretation (via draft regulations) of several key pieces of the new law.

One of those battles is about whether the feds should require states to issue a single “summative” rating, such as an A-to-F grade, for every public school. There are plenty of reasons why that’s a bad idea. Would you not, for example, know more about a school if told that it got a D for achievement but an A for value-added (or vice versa) than by learning that it earned an overall C+ or B-? Wouldn’t you like to know whether it’s more successful with girls or boys, with rich or poor kids, with white or minority students, etc.? How about its success (or lack thereof) with gifted pupils? I favor a school report card that resembles your fifth-grader’s report card: a number of different grades in different realms, grades that can be summed or averaged if necessary but that can also be viewed and analyzed separately.

So I resonate with the efforts that a number of state leaders are making to convince Education Secretary John King not to require a single summative grade. California’s Mike Kirst (an old friend of mine, super Stanford professor, now president of the state board of education and a key advisor to Governor Jerry Brown) and Tom Torlakson (state superintendent) got that part right in the opus they recently sent to King’s team.

They got some other parts right, too. But what they’re not getting at all right is California’s own new accountability system for schools and districts (being rushed to completion next month due to a deadline imposed by state law). It is complicated beyond imagining. It does not lend itself to useful interpretation by parents, taxpayers, voters, or policymakers. Though some of its categories are revealing, it shuns letter grades in favor of vague terms (like “low,” “very low,” “maintained,” and “improved”) and it employs a color-coded presentation of results that would shame the Crayola people (and profoundly frustrate those of us with color-vision issues). (A preliminary version was recently released.)

I’m not the only one who thinks this is nuts. The Los Angeles Times editors wrote that, while “The board’s determination to measure schools by more than merely test scores is laudable…the new system is more than overly warm and fuzzy. Making sense of it is practically impossible....If you’re a parent trying to figure out whether one school in your district is better than another, well, there’s no clear way to do it. If you’re a voter who wants to determine how much the local schools have improved over time, good luck.” A columnist for the Sacramento Bee goes further, charging that such “a fuzzy, nonspecific ‘accountability’ system completely undermines the ability of parents, especially in poor communities, to demand improvement in underperforming schools, including the creation of charter schools to seize control from school boards, superintendents and their union allies.”

California policymakers are correct that when judging the quality of a school or district, test scores aren’t enough to work from, particularly the NCLB kind that just report on student performance in relation to a single bar called “proficient.” But they owe it to their citizens—and the rest of the country—not to turn accountability into a farce, however colorful.