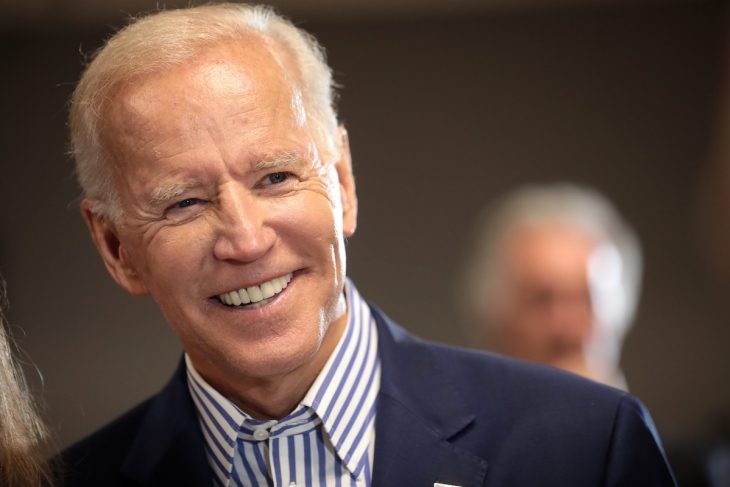 What will it take for President Biden to make good on his December promise to reopen a majority of U.S. schools within his first one hundred days? Especially given his comments at Tuesday’s town hall that the goal is to get K–8 students back in person five days a week, and that he thinks we can get “close to that”?

Biden himself says that more money is essential to pay for ramped-up testing, PPE, better ventilation, and additional staff. That’s why his massive Covid-19 relief bill includes billions for schools. But if a dollar deficit were the real issue, we’d have long since seen more progress in getting kids back into classrooms, given the significant cash infusions already included in the past year’s several relief packages. Or consider California, where Governor Newsom’s offer of $2 billion in extra money for schools willing to reopen was met with widespread shrugs. Note, too, that schools have been open all year—full time—in about a quarter of districts nationwide, many in red states not known for showering public education with cash.

The president’s offer of yet more money, then, should be seen for what it really is: part of a diplomatic offensive to help teachers and their unions feel good about getting on board the reopening train.

That’s because the fundamental challenge in getting schools reopened isn’t financial or technical. We know how to keep kids and adults safe, as shown by schools all over the country and world that have been doing this successfully since the fall. Make everybody mask up and wash their hands frequently, adjust routines to avoid large assemblies, and do whatever’s practical to improve air flow and ventilation. As multiple studies from the CDC and elsewhere have found, such mitigation efforts make schools much safer places for kids and adults than their surrounding communities.

No one can promise perfection. Some children and adults will get sick. But we must balance that against the real and significant harm to our children caused by keeping them at home. There’s the massive learning loss, especially among students of color. But there’s also the mental health strain of isolating at home, including a troubling increase in youth suicides, plus serious concerns about increased child abuse that’s less likely to be reported.

So what’s really keeping more schools from reopening? Some teachers are sincerely scared to death, and don’t trust their administrators to keep them safe. (Would you trust a big-city district bureaucracy to keep you safe?) They need to know that leaders understand their concerns and take them seriously.

Thankfully, our empathizer-in-chief seems to grasp this. President Biden has been meticulously careful not to get edgewise with teachers or their unions throughout his campaign, the transition, and his early days in office. First Lady Jill Biden, herself a member of the National Education Association, built further goodwill by inviting the heads of the two national teachers unions to the White House for a photo op. His administration has been careful not to take sides in intensifying battles at the local level between Democratic mayors and recalcitrant unions, especially in hot spots like Chicago, San Francisco, and Philadelphia. And the new guidance from his CDC provides cover to concerned teachers, as well, given its cautious recommendations about reopening schools when community spread remains high, as remains the case almost everywhere.

This soft touch is a stark contrast with the previous team, which was already at war with public school educators when President Trump and Education Secretary DeVos demanded in early autumn that schools reopen, despite surging Covid rates. That naturally led unions to harden their positions, especially in the deep-blue cities and states where they are most powerful—which are also the places that disproportionately serve our most disadvantaged students.

With the departure of Trump and DeVos, President Biden had a chance to restart the reopening debate. His strategy appears to focus on hugging the teachers and their unions in public, while pressuring them to come along in private. This is not unlike what union presidents themselves are trying to do, as Mike Antonucci points out—showing solidarity with their members while not trying to appear too unreasonable to other stakeholders.

Biden’s patience and behind-the-scenes cajoling appear to be paying dividends. Teachers in Chicago recently agreed to return to schools, a major win given the size of the district and its union’s reputation as among the most militant in the nation. San Diego teachers just approved a deal, and the District of Columbia, Baltimore, and New York are also slowly bringing kids back, too.

Still, that leaves millions of students in purgatory, learning remotely full time in cities including Philadelphia, Minneapolis, and Los Angeles. When the president’s Covid-19 relief bill passes, as seems increasingly likely, that should provide yet more cover for unions to come on board.

If the Biden team is able to make good on his vow to reopen schools, it won’t be because of big bucks in his new relief bill, nor the new guidance from the CDC. It will be because he’s made good use of his office, his empathy, and his diplomatic skills to make teachers feel respected and safe enough to come back to class.