For better or worse, religiously-affiliated charter schools are on their way 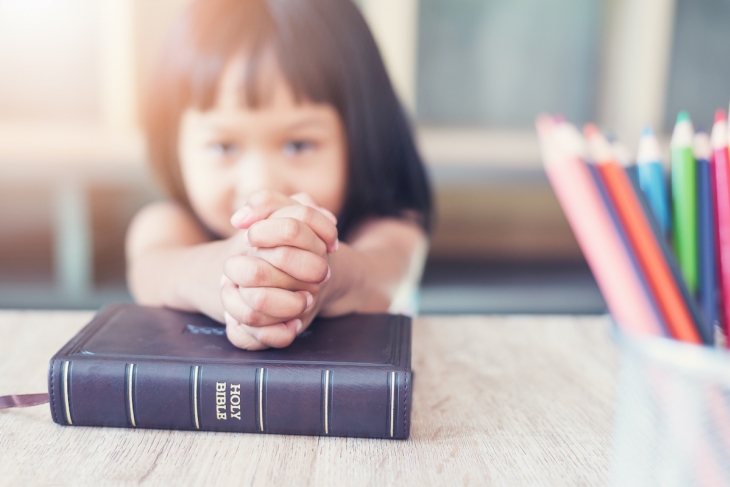 Ever since the first charter schools emerged almost thirty years ago, the sector has shown a remarkable ability to address the concerns of its sharpest critics, especially progressives. Many on the left detested charters run by for-profit companies—and the proportion of such schools has dropped precipitously. Critics argued that charters were facilitating racial segregation, whereupon “diverse by design” charters popped up nationwide. Others worried that too few charter schools were led by educators of color; initiatives to address that concern started making real inroads.

Now, however, a recent U.S. Supreme Court decision is introducing a new type of charter school to the movement that’s likely to cheer conservatives but alarm many progressives: the religiously-affiliated charter. Regardless of who wins the nation’s tightly contested election, such charter schools are likely coming to a neighborhood near you. So those of us in the charter movement need to figure out how to keep them from splitting the charter coalition.

What’s essential to understand is the distinction between religiously-affiliated charter schools and charter schools that can actually offer religious instruction. The first is probably now required in states that allow charter schools under the U.S. Constitution, as interpreted by the current Supreme Court. The latter might be—but that’s still an open question. That’s why Secretary of Education Betsy DeVos recently said that religious organizations would no longer be prohibited from applying for federal Charter School Program grants—but didn’t go so far as to say that such entities could actually provide religious instruction in their schools.

At issue is the Free Exercise Clause under the First Amendment. In the 2017 decision in Trinity Lutheran Church of Columbia v. Comer, the Court ruled 7-2 that it was unconstitutional for a state to discriminate against religious organizations when making grants to non-profit organizations for non-sectarian purposes. (At issue in that case was a program to pay for safety improvements for pre-school playgrounds.) Then, in June 2020, a 5-4 majority ruled in Espinoza v. Montana Department of Revenue that this reasoning applied to tax-credit scholarship programs as well; if states want to fund private school scholarships they cannot exclude religious schools from their programs, as that violates the Free Exercise Clause.

What does that mean for charter schools? Especially given that federal law allows grants under the Charter Schools Program to flow only to non-sectarian schools, and that states also prohibit charters from being run by religious organizations or teaching religion? (Churches and other religious organizations have housed legally distinct charters in their buildings from almost the beginning. And some religious schools—especially Catholic ones—have converted to charter status.) As education law expert Joshua Dunn explained in Education Next, it comes down to a distinction between religious “status” and religious “use”:

In Trinity and Espinoza, the states had discriminated solely on the basis of the religious status of the institutions. The court left the door open a crack to possible state-funding restrictions if those constraints were based on religious use. That is, the courts might distinguish between funding for a playground and funding for religious education.

However, it seems the majority has little appetite for such limitations. In Justice Neil Gorsuch’s concurrence in Espinoza, he asserted that the status-versus-use distinction does not work under the Free Exercise Clause. He noted that the clause guarantees exercise of religion, not just the right to believe or hold a religious “status.” Believers must be able to act on their beliefs.

But Justice Breyer, writing in dissent, did not agree. Dunn again:

Breyer, who joined the majority in Trinity Lutheran, said Espinoza was different because Montana’s scholarship program clearly subsidized religious instruction, as opposed to the funding of playground resurfacing, which he views as categorically different….“What about charter schools? States vary widely in how they permit charter schools to be structured, funded, and controlled. How would the majority’s rule distinguish between those States in which support for charter schools is akin to public school funding and those in which it triggers a constitutional obligation to fund private religious schools?”

The “status” versus “use” debate also featured prominently in an unanimous ruling by a federal court last week, which found that Maine’s “tuitioning” program does not violate the U.S. Constitution even though it excludes religious schools. For over a century, some sparsely populated towns in Maine and elsewhere in northern New England have paid the tuition for students in their catchment zones to attend private high schools, rather take on the cost of building and running their own public schools. But parents are not allowed to choose religious private schools. As Education Week’s Mark Walsh explained:

The appeals court said it was significant that the Supreme Court rulings were based on the religious status of the institutions denied participation in the funding programs at issue. Maine's program imposes a prohibition based on religious "use" of the state aid, the court concluded.

"From this vantage, we find it significant that Maine provides tuition assistance only to those who cannot get the benefits of a free public school education directly from" one of the state's 260 school administrative units, or SAUs, the court said.

This likely won’t be the last word. The Institute for Justice has already announced that it will appeal the decision to the Supreme Court, which it hopes will clarify that religious “use” is no reason to exclude religious schools from programs like these.

Back to charter schools: DeVos is probably right that it’s unconstitutional to prohibit religious organizations from applying to create charter schools, even if it’s not yet clear whether the Constitution would protect their ability to run those schools as religious entities. To see the consequences, it’s helpful to examine how state laws currently handle the issue. Let’s look at Ohio, where the Thomas B. Fordham Institute’s sister organization, the Fordham Foundation, is a charter authorizer.

Sections 3314.029 and 3314.03 of the Ohio Revised Code state that a proposal for a charter school must include a statement promising that the proposed school will be “nonsectarian in its programs, admission policies, employment practices, and all other operations, and will not be operated by a sectarian school or religious institution.” Thus, as an approved authorizer operating under contract with the Ohio Department of Education, we at Fordham reject any application that proposes to be sectarian or to be operated by a sectarian school or religious organization—even if the application would otherwise lead to a fine school that would warrant our serious consideration.

Most likely, the State of Ohio, and authorizers like Fordham, are now violating the U.S. Constitution by enforcing the prohibition on schools “operated by a sectarian school or religious organization.” But it’s not yet clear whether we may continue to reject a school just because it is sectarian “in its programs, admission policies, employment practices, and all other operations.”

Time will tell what this will mean for the charter school movement and the politics surrounding it. It seems likely that the creation of religiously-affiliated charter schools will broaden the racial divide on the left when it comes to support or opposition for charter schools. Black and Hispanic churches may see chartering as a great opportunity to serve the children in their communities in new ways. White liberals—a group that increasingly identifies as non-religious—will likely find this to be yet another reason to oppose charters. Especially, if some day, the U.S. Supreme Court rules that churches that run charter schools may also provide religious instruction.