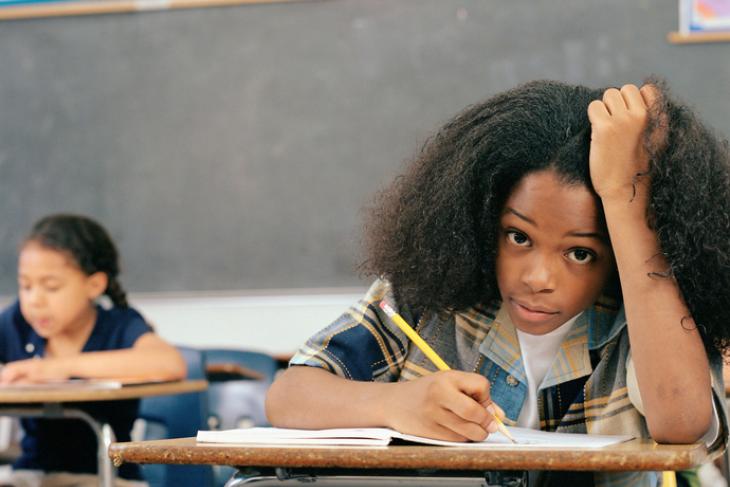 Capped by recent reports that Superintendent Dallas Dance wants to drop the "gifted and talented" label altogether, Baltimore County Public Schools' recent undoing of its elementary gifted education program is a classic example of moving American K–12 schooling in the wrong direction—and doing so in the name of equity.

Last year, BCPS jettisoned its decades-long practice of funneling high-achieving second graders into separate, accelerated math and reading classes. Many stayed on that path through high school, but it was deemed unfair because it smacks of "tracking" and gifted classrooms didn't contain enough minority youngsters.

Instead, high achievers will now remain in classes with their lower-achieving peers in grades 3–5, increasing the burden on teachers, who must "differentiate" instruction for all levels in classes with as many as twenty-five pupils.

Teachers try to cope by placing students in groups within their classrooms, differentiating by achievement or ability, and then doing their best to instruct each group in the skills and knowledge prescribed for that grade. Six times each year, they can rearrange groups based on children's progress (or struggle) in each subject.

The impetus for this change was the view that too many kids—particularly minority children—were relegated to low-level coursework with no hope of accelerating if they weren’t deemed "gifted" in second grade. That's an important problem to tackle, and one that plagues virtually every district in the land. But Baltimore County's solution—the pseudo-silver bullet known as "differentiated instruction"—is a bad one.

Yes, differentiation is a splendid notion, redolent of diversity, flexibility, and opportunity. But it doesn't work at scale in heterogeneous classrooms like those found in many of BCPS' 107 elementary schools. It's akin to presenting a physician with two-dozen patients who manifest different symptoms, differing degrees of illness, and, upon examination, different maladies. No one doctor can do a great job with all of them, especially when strapped for time and resources. Instead, we see triage, focusing on those whom the doctor can readily help and giving less attention to the mildly ill.

Teachers, however, are expected to be all things to (almost) all children. Many struggle heroically to do this, and some are reasonably good at it. But most American teachers with whom we've spoken admit that they don't do it well. Out of necessity, some—triage-style—pitch most of their instruction to kids below the "proficiency bar" and do less for those already over that bar and capable of surging ahead.

This is particularly true for teachers in schools with lots of poor and minority learners—the very kids that BCPS' new "gifted-but-don't-call-it-that" strategy is meant to serve. Under today's accountability regimes, these teachers are often the least experienced and the most pressured to elevate their low achievers high enough to pass state tests. And their schools' face so many other challenges—attendance, discipline, nutrition, etc.—that attending to the educational needs of high achievers is apt to fall by the wayside.

So it's no surprise that the BCPS policy change has already deemed fewer black and low-income sixth graders gifted than in previous years.

As education consultant James R. Delisle recently wrote, "Differentiation is a cheap way for school districts to pay lip service to those who demand that each child be educated to his or her fullest potential." Far better is to create effective, realistic alternatives like acceleration, mastery-based learning, and ability-grouped instruction. These alternatives give teachers a fighting chance to succeed and give more students the opportunity to move forward as fast as they can.

Yet that's what Baltimore County has abolished with a directional shift that both adds to the burdens of overtaxed teachers and deprives the community's ablest students of the learning opportunities they deserve.

Understand that the real losers aren't middle-class smart kids with pushy, prosperous parents to help them navigate. They'll mostly find their education managed and supplemented in various ways. The real victims are gifted, disadvantaged students—mostly poor, minority, immigrant, or from chaotic family backgrounds—who depend most heavily on the public education system to do right by them. That's what Baltimore County isn't doing. And now, seemingly, it wants to deny that such kids even exist.

Editor’s note: A slightly different version of this essay originally appeared in the print and online editions of the Baltimore Sun.