Associate degrees and certificates are more valuable than you may think 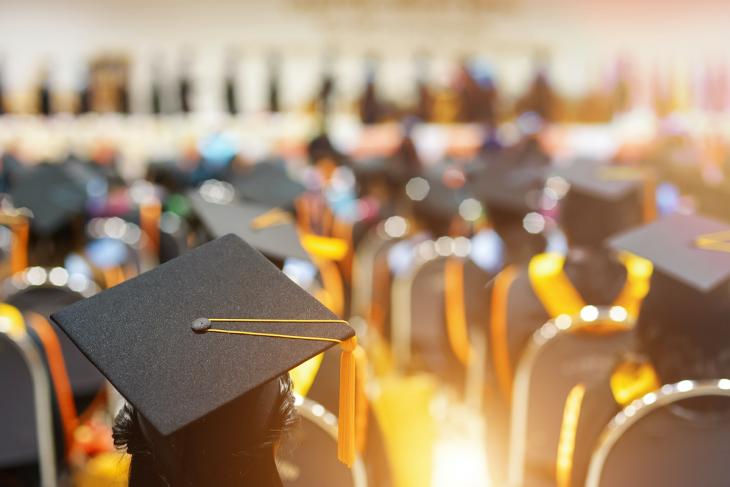 As its name suggests, the middle-skills pathway sits between a high school diploma and a bachelor’s degree. There are a wide variety of credentials associated with this pathway, but certificate and associate degrees are the most popular. In general, associate degrees include a mix of general education courses and career preparation, while certificates are almost exclusively career oriented.

Due to a lack of consistent data sources, information on middle-skills pathway credentials is scarce. A recent report from the Georgetown University Center on Education and the Workforce seeks to remedy this by examining certificates and associate degrees using data from the Adult Training and Education Survey, the American Community Survey, and the Integrated Postsecondary Education Data System. The report examines three aspects in particular: the prevalence of certificates and associate degrees, the demographic characteristics of the students who enroll in and complete these programs, and the associated labor market outcomes.

The number of certificates and associate degrees awarded by postsecondary institutions is roughly equivalent to the number of bachelor’s degrees awarded. There are approximately two million conferred each year, with certificates and associate degrees each accounting for about one million. The vast majority of these credentials are earned by students attending public two-year colleges.

While it is generally true that higher education attainment levels lead to higher pay and lifetime earnings, the report shows that the program of study a student chooses matters immensely. In some cases, workers with a certificate or associate degree can earn more than those with a bachelor’s degree. For example, workers who earned an associate degree in engineering have median annual earnings in the $50,000 to $60,000 range, while those with a bachelor’s degree in education earn between $30,000 and $40,000. For workers with middle-skill credentials, the jobs with the best outcomes are those in STEM and managerial or professional vocations. Getting a job related to the chosen field of study also matters; workers who report having a job related to their certificate program have higher median earnings than those who don’t.

The authors were also able to analyze administrative data obtained from ten states with the capacity to link student records to wage records and produce earnings outcomes—Colorado, Connecticut, Indiana, Kentucky, Minnesota, Ohio, Oregon, Texas, Virginia, and Washington. Among the states that provided data, associate degree programs in the health profession ranked in the top five fields of study with the highest earnings. Engineering was also a valuable field: Associate degree programs in engineering technologies were within the top earning fields in every state, and certificates in engineering technology placed in the top five of earnings in eight of ten states. The authors also found additional evidence that, in some states, a certificate or associate degree holder in the right field can make as much as a worker with a bachelor’s degree. In Ohio, for instance, workers with a certificate in industrial technology reach $65,000 in median earnings, which is considerably more than the $45,700 median for workers with bachelor degrees.

The report ends with calls for greater transparency around the labor-market value of middle-skill credentials. The authors note that students need better assurances that their investments of time and money are worth it, and that policymakers and educators should focus on strengthening all pathways to and through college. They also offer several policy recommendations, including expanding federal postsecondary data collection efforts and strengthening accountability for career-oriented programs.

SOURCE: Anthony P. Carnevale, Tanya I. Garcia, Neil Ridley, Michael C. Quinn, “The Overlooked Value of Certificates and Associate’s Degrees: What Students Need to Know Before They Go to College,” Georgetown University Center on Education and the Workforce (January 2020).