Are schools essential or not? 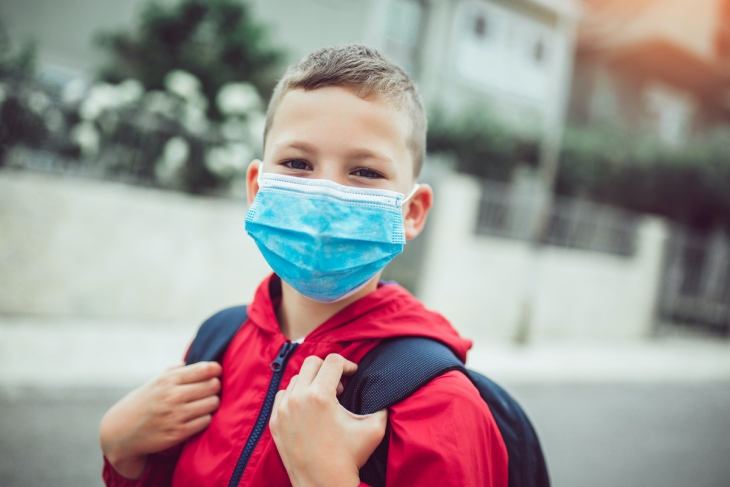 Are schools essential or aren’t they? Are teachers essential workers or aren’t they? How would Americans respond if large numbers of doctors, nurses, policemen, firemen, and postal workers simply opted to stay home—and their unions defended them? If you’re essential, you go to work. Some of your work you can maybe do from home, but all your work needs to be done and done well because society is counting on you.

My wife and son operate a non-profit medical research lab that’s deemed essential under the state’s rules and that’s stayed open throughout the pandemic (including some Covid-related work). While making allowances for staffers with health issues and childcare difficulties, they’ve been able to count on almost everyone showing up regularly, with some coming in on the days when they cannot effectively do their work remotely.

But the public schools of Montgomery County, Maryland, where we live and where the lab is located, remain completely closed, not because the superintendent and board don’t want them open or haven’t made elaborate plans for getting them open safely, at least for students in greatest need, but because their employee unions are obdurate. This despite strong pushes from the State Superintendent for Montgomery County to join most of Maryland’s other districts in getting kids back to school.

Across the line in D.C., schools chancellor Lewis Ferebee has just been forced by the obduracy of his teachers union to cancel carefully-made plans to bring needy elementary students back to school next week.

And some kids I know well (names redacted to protect the innocent) who go to expensive private schools that were planning to get them back in class at least a couple of days each week have just been advised that only a handful of teachers will actually be present in person, leading the schools to suggest that families may wish to change their plans and stick with virtual education from home.

This is insane and irresponsible. We know from a thousand sources that almost all kids are better off in school, both for purposes of academic learning and for all manner of social, socialization, and SEL benefits. We know that poor and minority students are harmed the most by not going to school. We know that millions of parents’ lives have been dealt extremely damaging blows by having to forego their jobs and other obligations in order to care for their out-of-school children. We know that there’s ample guidance about how to reopen schools in ways that minimize the risks to the health and safety of both children and adults

We also know that hundreds of schools and school systems are actually doing this. When the Washington Post surveyed the country’s fifty biggest districts a couple of weeks back, it found that “twenty-four have resumed in-person classes for large groups of students, and eleven others plan to in the coming weeks.... Four more have opened, or plan to open, for small groups of students who need extra attention.” Many private schools are managing this, too, including both day schools and fancy boarding schools. So are lots of charter schools.

Nobody should be cavalier about this. Covid-19 is real and on the rise. A number of teachers and other school staff are elderly or have preexisting medical conditions. Social distancing and ventilation are challenges for many schools, and most that have reopened are on split-shifts for kids, with some instruction online, with some instructors working from home, and usually with full online options for families that prefer it and kids who can’t risk entering the building.

Given the choice, lots of families are opting for the online version. But at least they have a choice!

The pandemic situation is obviously in flux, and many schools and districts have had to change plans, most often shifting from in-person or hybrid to fully online, sometimes because of the medical situation in their communities—but, sadly, sometimes because of teacher resistance to coming back to work, no matter the schools’ careful planning to bring them back safely. That has happened in the charter sector, too, showing that unions aren’t always the reason for teachers’ resistance to returning to their classrooms.

Nor is it entirely partisan. Though some people doubtless concluded that if Donald Trump and Betsy DeVos want schools open, it must be a bad idea, in a number of cities—e.g., Washington, San Francisco, even New York—Democratic mayors have pushed their schools to reopen.

But it’s not nonpartisan, either. While Trump has pressed schools to open, Joe Biden has excused them for staying closed on grounds that Uncle Sam hasn’t ponied up enough money to cover the costs of opening, the suggestion being that obdurate Republicans are the problem. (If more stimulus dollars get appropriated post-election, will all schools swiftly reopen?)

I understand that getting schools reopened is complicated and carries real risks. The big-picture question is whether those risks are greater for our kids and our society than keeping schools closed and kids at home.

Complicated, yes, and when done intelligently and safely it’s not cheap. But it’s not impossible! That’s true of labs and hospitals, too, of fire departments and police stations and post offices. But to my knowledge, they’re all open. Because they’re essential. And so are the people who work in them.

Are schools essential or aren’t they? If they are, weren’t they also essential in September? Now it’s November, for Pete’s sake. How many schools and school systems wasted the past two months negotiating or dithering or hoping instead of taking decisive action—action that’s arguably tougher to take today because of the virus resurgence.