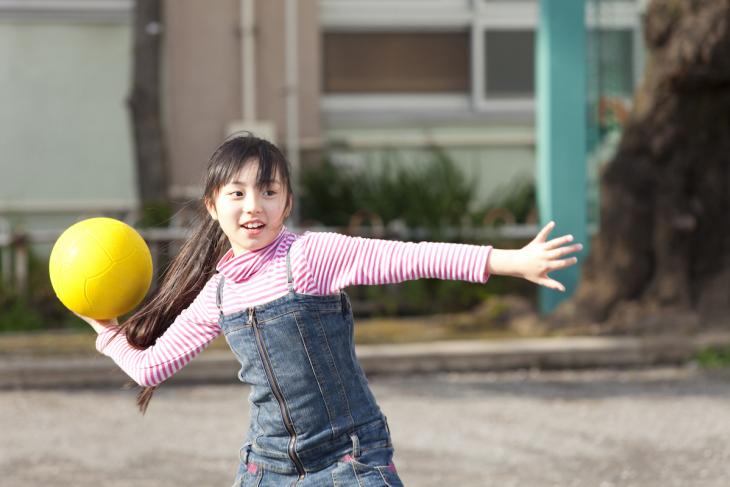 The most demonized game in the annals of grade school physical education is back in the news. Last week, a team of Canadian researchers presented a study claiming that the game of dodgeball is a “tool of oppression” and “tantamount to legalized bullying.” It’s a debate that has been raging for years, and has even led some school districts to ban the sport outright.

When I was in middle school, dodgeball was a gym-class staple. I don’t remember it being as nefariously Darwinian as some of these reports would have it. The game can be agitating, but for others it’s actually relaxing. What’s getting lost in the over-caffeinated claims against dodgeball, however, are legitimate concerns about the current state of our schools and how they are going about preparing students for later life.

The dodgeball detractors are part of a broader pattern of overzealous paternalism that prioritizes a child’s physical and emotional safety above all else. From trigger warnings to safe spaces, this ceaseless obsession reinforces the dependence of kids on adults. Not only is this coddling a disservice to our students, it also sells our young people short on their to ability to persevere and prevail—qualities they will surely need after graduating. Schools need to get back into the business of “bringing in risk,” and embracing dodgeball would be one way to do it.

The second problem is the implication from charges that the game is inherently too aggressive, which is to say that schools must prevent students from any exposure to undesirable social behaviors, as all forms of aggression and competition are totally inappropriate. Of course schools need to create a positive climate, but the calls for abolishing dodgeball border on sterilization. After the comedian Chris Rock heard an administrator tell entering students they have a “no-bully policy,” he considered withdrawing his daughter. Rock argues, “We need bullies. Pressure makes diamonds. Not hugs… That’s how Trump became president. That’s exactly what happened. We got rid of bullies. A real bully showed up, and nobody knew how to handle him.”

Bullying is no laughing matter, but neither are efforts to bubble-wrap our kids against a demanding and unforgiving world. This doesn’t mean subjecting kindergartners to the rigors of Marine Corps boot camp, but it should mean a pragmatic approach that provides opportunities for students to play games like dodgeball and wrestle with scenarios where they are outgunned, outmanned, outnumbered, and outplanned.

In fact, the aversion to dodgeball reflects a peculiar feature of American schools, one where, according to political analyst Michael Barone, competition and accountability play a greater role after high school than before, whereas the opposite holds true in Europe. The attack on dodgeball is the left flank of the larger war against competitiveness in our schools, which results in everyone getting gold stars and 222 valedictorians (or none!) in a graduating class. We don’t want losers, so we daren’t have winners. Try telling that to Putin or Xi.

It’s ironic that we’re again slamming dodgeball at the same time that social and emotional learning (SEL) has experienced a resurgence of interest. Team activities—sports as well as group projects in class—build many of the qualities that SEL advocates support. This includes the development of a person’s character—both the individualistic view and the communitarian one. The Canadian researchers reported that certain students they spoke with “hated dodgeball,” which led them to their conclusions. But as has been shown time and time again, dislike of something—whether it’s math, standardized tests, or dodgeball—is a poor proxy for determining what schools should or shouldn’t be doing.

Earlier this year, the National Review’s David French wrote about how adults often resist the actions that cause character building, albeit in the context of the challenges facing young men. But his reminder that “well-meaning people from all sides of the political spectrum can propose solutions worse than the disease” is directly applicable to the question of dodgeball. While these researchers guilelessly believe the game is the source of maladies (e.g., aggression) that they seek to expunge, their solution would eliminate one of the best tools schools have to teach students how to confront these issues in a low-stakes environment.

I’m all for reevaluating the effectiveness of our physical education classes. They are too often a curricular afterthought and could be better leveraged to fulfill the many and urgent aims of schooling. But the ill-considered entreaties to deep-six dodgeball from schools overlook the valuable life lessons it can offer—lessons, from teamwork to tenacity, that schools dismiss at their peril. Sportswriter Rick Reilly put it best: “Dodgeball is one of the few times in life when you get to let out your aggressions, no questions asked. We don't need less dodgeball in schools, we need more!”