Re-weaving the fabric of character 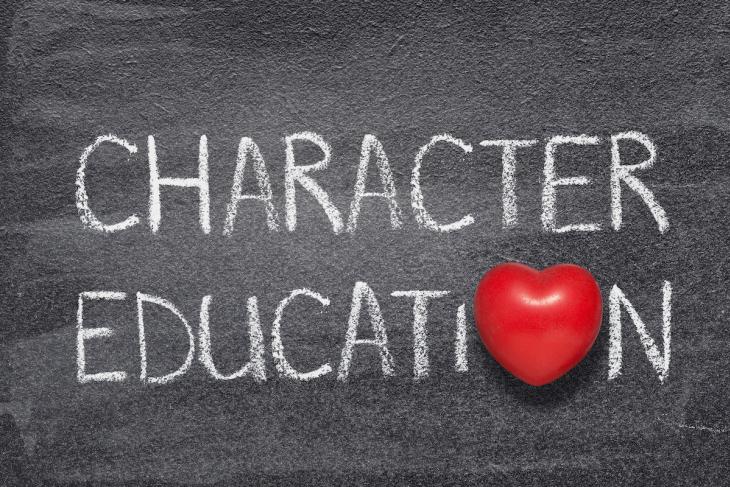 As I gird my loins for several upcoming events where we will wrangle over the “social and emotional learning” approach to educating-the-whole-child, I benefited—and perhaps you could, too—from a conceptual reset, courtesy of a fine new book by Anne Snyder, who leads the “character initiative” at the Philanthropy Roundtable, of which Fordham is a member and where I once had the honor of serving on the board.

Though billed as “a wise giver’s guide to supporting social and moral renewal,” The Fabric of Character is no simple how-to-do-it manual for clueless rich folk and neophyte foundation staffers. It consists of beautifully wrought case studies of six outstanding “character-building” (or rebuilding) organizations, presented with a framework of sixteen “questions” that, in the author’s judgment, should be answered affirmatively by any enterprise that hopes to succeed in this realm. In fact, they strike me as questions that successful outfits in any realm should grapple with, such as “Does the organization have a particular identity, a thick set of norms that gets passed on to its members?” “Are there opportunities for growth and tests of character?” “Are members of the organization empowered to act, create, initiate?” And thirteen more.

Note, too, that all six entities profiled in this volume benefit from exceptional leaders—visionary, tireless, steadfast, committed. (That seems to me broadly true of all successful enterprises.)

Three of Snyder’s case studies hold particular salience for us in the education space, for those applying themselves to character education, and for those struggling to forge a robust link between it and SEL.

One is postsecondary, a fascinating look at Wake Forest University, helmed by a president who says “Character is the most pressing issue of our day, and one that institutions of higher education struggle to address.” He has set about to address it in multiple ways that will reward the attention of all who are troubled by the moral wasteland and illiberal education on offer at far too many U.S. colleges and universities.

A second case profiles a private preK–8 school network in Indianapolis—The Oaks Academy—that I had not previously encountered. Its “Christ-centered” classical education partakes of Indiana’s voucher program, enrolls about eight hundred youngsters from all sorts of backgrounds (and is growing), and immerses them in “the power of learning to find and use one’s moral muscle.” Its students, half of them poor and minority, do very well on state assessments, but they’re gaining far more than that—including what appears to be an exceptionally well-formulated blend of SEL and character education.

The third on-point profile—another such blend—is a program I wish I had known about sooner: The Positivity Project, based in Raleigh, now working in almost five hundred schools and seeking to expand to more. In other words, as the case study is titled, it’s “Character Education at Scale.” I am much impressed by the project’s itemization of twenty-four “character strengths” and wish they had been adopted by the Collaborative for Academy, Social and Emotional Learning (CASEL), the main advocacy outfit in the SEL space, in place of the generic items on its well-known “competencies wheel.” The Positivity folks aren’t ashamed of listing qualities such as “self-control,” “prudence,” and “gratitude,” along with “love of learning,” “integrity,” and “perseverance.” It’s not that they’re inherently in conflict with CASEL-style SEL. It’s that the SEL folks, while (to their credit) admitting “academics” into the temple, never offer a full-throated endorsement of character, at least not as defined in Snyder’s excellent little book.

Seeking to advance that definition, she helpfully distinguishes between two “main categories” of character: “the individualistic view, which tends to be concerned with behaviors like honoring one’s word”; and “the communitarian view” that “understands character in terms of a broad set of spiritual and moral longings that can only be satisfied through a web of vibrant communities.” She then declares that “somewhere between these two views is the truest vision. Somewhere between our need for traditional character-builders and our longing for innovative community-makers is where this inquiry needs to begin, and actually where American renewal has always begun.”