Thanks to state policymakers, charter schools can now open anywhere in Ohio 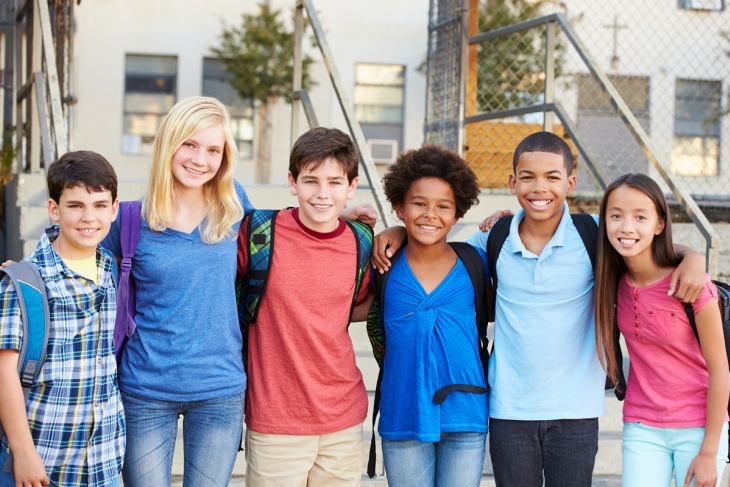 After months of debate, the state budget was signed into law by Governor DeWine on July 1. The big education headline is the new school funding formula and increased overall spending levels.

But there are also plenty of other changes that will have huge impacts. One is the removal of geographic restrictions on Ohio’s public charter schools. Under previous law, brand new charter schools could only open in districts that were identified by the state as “challenged.” There were several ways for a district to earn that designation, including poor report card ratings. The recently passed budget, however, changed all that. Charter schools are now free to open anywhere in the state.

Eliminating these geographic boundaries is great news. It has the potential to give Ohio families access to more options. Traditionally, charter schools have been pitched as a way to give students who are stuck in low-performing schools the opportunity to enroll in a better one. And for many students, that’s certainly been the case. But choice isn’t just about escaping low-performing schools. There are also students who, despite attending a school that does well on state tests and other measures, need something more or something different. As the cliché goes, one size does not fit all. A single building can’t be everything to everyone, and it shouldn’t have to be.

Families deserve the opportunity to find a school that’s the best fit for their child, regardless of where they live. And that’s not just pie-in-the-sky, wishful thinking, either. It’s possible. In Arizona, charter schools have long been available to every family regardless of geography, including those who live in affluent, high-performing suburban districts. This open environment has fostered some of the highest-performing charter schools in the country, and has produced high levels of academic growth for both district and charter schools. By eliminating geographic boundaries for new charters, Ohio lawmakers have removed a critical barrier to access and have brought the state one step closer to models like Arizona.

By no longer linking the location of charter schools to the states’ accountability system, eliminating these geographic boundaries should also lower the temperature around accountability debates. Each year, the Ohio Department of Education releases a list that identifies which of the state’s 608 school districts are “challenged” and thus might face competition from charters. And each year, that list causes more and more controversy. Two years ago, poor value-added ratings made the list five times longer than usual. Two hundred and eighteen districts—over one-third of the state’s traditional public districts—were labelled as challenged, and the presence of a few districts that were widely considered to be “good” sparked a litany of complaints.

It’s not hard to understand why this policy could cause issues. School districts don’t like being labeled as challenged. Charter schools, especially those with proven track records of improving student outcomes, are frustrated by arbitrary restrictions on where they can open schools. And linking the challenged designation to increased competition turns school choice into a punishment rather than the opportunity for families it was intended to be. Add to that the fact that charters were being funded via a pass-through method that subtracted money from the total share of a district’s state aid, and it’s no surprise that Ohio’s education sector was rife with tension.

Now that charter location isn’t tied to state report card results—and now that charter schools are directly funded by the state—some of this tension should ease. It’s hard to argue, for example, that school choice is a “punishment” for districts when research shows that it doesn’t hurt district achievement or funding, and when the existence of charters is no longer explicitly tied to district performance. Lawmakers recently made a similar move with EdChoice when they divorced voucher eligibility from report card ratings. Such changes are critical because they allow state report cards, which recently underwent their own changes, to be purely informational, and thus more politically sustainable.

But that’s the wrong take. Kids aren’t objects to be stolen. If families choose to send their students to another school, that’s their right. And the only thing the budget changed is where new charter schools are permitted to open. The actual process of opening hasn’t changed at all. That means that new charter schools still need to find a sponsor, locate and furnish a facility (which is easier said than done, given facility funding issues), hire staff, and purchase curricula and materials. That’s a lot of hoops that aren’t worth jumping through if there’s no demand from families. Just like their district counterparts, charters are funded on a per-pupil basis. That means new charter schools are only going to open in places where there’s likely to be demand.

Eliminating geographic boundaries is unlikely to lead to a sudden, dramatic increase in the number of charters. But over the long-haul, this change in policy could unlock quality public school options for more Ohio students. That’s a big win for school choice in Ohio and, most importantly, its families.