The other side of the story: Senate testimony offers another perspective on what’s happening in Lorain 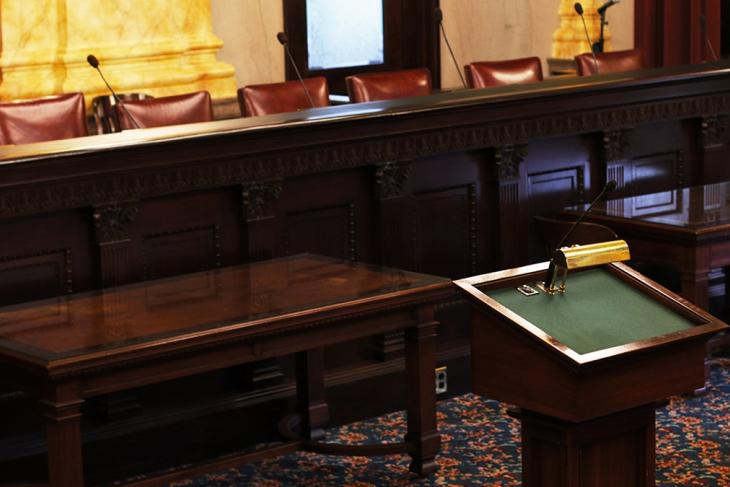 If you live in Ohio and pay attention to education-related news, you’ve probably heard about academic distress commissions (ADCs), a mechanism that requires the state to intervene in chronically underperforming school districts. ADCs have been around since 2005, but it wasn’t until 2015 when Governor Kasich pushed the General Assembly to significantly strengthen the state’s intervention model that they became so controversial.

Some of this controversy is understandable. There are a few fundamental flaws with the current ADC model, as enacted via House Bill 70, and they must be addressed. Unfortunately, nuanced debate about potential solutions has been lost amidst breathless media coverage of all the suing, complaining, objecting, and squabbling over power. Conflict sells.

Lorain, in particular, seems to be ground zero. Local papers have reported on failures of communication between the CEO and the board, lack of data sharing outside the administration, funding questions, and votes of no confidence. The local police chief has declared that the district is “fraught with friction” and dysfunction. And as is the case with most controversial topics, there has been no shortage of political and professional opportunists.

Given all this sound and fury, one might assume that Lorain’s schools are drowning in chaos and disaster. But even a cursory look at these news stories shows it’s a small number of the same voices speaking again and again, echoing each other and spinning each grievance into a repetitive vortex. Differing opinions have rarely, if ever, been reported to the public.

Now, thanks to an open hearing in the Senate last week, that’s no longer the case. Administrators, community members, and the district’s CEO all provided testimony about what’s really happening on the ground in Lorain. They made three important points.

In the seemingly never-ending debate about the best way to fix poor-performing schools, it’s easy to lose sight of why such intervention is needed. In other cities with ADCs—particularly Youngstown—the media has routinely reminded the public why their schools are under the control of a commission (Spoiler alert: It’s their persistent and appallingly low academic performance.) But in Lorain, the local media has largely amplified critics’ voices and ignored the woeful track record of the district. That’s why those who testified last week took it upon themselves to remind lawmakers why an ADC exists in Lorain in the first place. CEO David Hardy emphasized the massive task set before the ADC after years of poor performance under previous leadership: “We must recognize that one out of four children reading on grade level by third grade is not acceptable; that 900 failing grades from one grade level alone is unacceptable; that 1 percent of a graduating class being deemed college or career ready—as it is in Lorain—is criminal. And all of our time and energy must be allocated to create a culture that acts on these problems.”

Kejuana Jefferson, a principal in Lorain, echoed Hardy’s sentiments and contrasted them with the complaints lawmakers are hearing from ADC opponents: “Egos have been bruised, and because of this bruising, the board has worked in conjunction with a few parents to organize against state control so you are hearing the screams of politics, but what is also screaming is low ACT scores, low performance on state assessments, and the lack of basic writing skills which our scholars will need as they matriculate into the work force or throughout their college experience.” Monica Snipes, the parent of a student who attends school in the district, acknowledged that although the community was initially suspicious of the ADC, its presence was needed: “We may not like the fact that HB 70 was seemingly just put upon us, but if we are honest...our kids were not getting the education they deserved, and finally legislators did something about it.”

2. The media and ADC critics aren’t telling the whole story

Loretta Jones, a former administrator with the district, began her testimony by noting that the introduction and passage of House Bills 154 and 166 prove that the information lawmakers have been given about Lorain is “wrong and terribly incomplete.” She also questioned whether it was actually representative of the community, since many people have spent years “going unheard because we are not in power and do not represent the same privilege as those who have come to you with lies and deceit.” Meanwhile, Jefferson pointed out that, in their community, local control “reeks of political moves, power plays, and arrogance. This is small town politics at its best, but I must speak for the children who are affected by these moves and political plays. Local control allowed our scholars to live in failure for a decade. Can you imagine the economic repercussions of this?”

In listening to such passionate testimony, it’s possible that lawmakers wondered why those on the ground didn’t speak up sooner. Snipes offered an unprompted and troubling answer: “The truth is so many teachers want to speak up and speak out but know they can’t cross company lines and side with the so-called ‘enemy.’ There are hundreds of teachers and staff members across the district that [are] so thankful for the change that is happening. Yet they are afraid to speak up because of the voices and names you hear over and over again in the media.” CEO Hardy expressed similar concerns. “People would rather share their voice in the grocery store, bakery, or at church, or through an email pleading with me not to share their name, than to face the wrath of their local politician and the 3 percent that has elected them.”

As for accusations that Hardy and other ADC leaders haven’t engaged with the community, Jones called them untrue. “Upon entering the district, the CEO engaged in multiple community forums to seek input,” she said. “There were over 3,000 touchpoints that lead to the creation of The Lorain Promise, our strategic plan.” Hardy, meanwhile, asserted that the extremely difficult job of turning around a persistently low-performing district has left him “little time or energy to be political and cater to the powers who have neglected our children, misspent millions of dollars on duplicative services, and want nothing more than control of the purse strings of the largest budget in a dying city economy.”

3. Lorain has seen progress under the ADC

Another common criticism leveled at the Lorain ADC is that it hasn’t made any progress. Jefferson, however, pointed out that “research indicates that it takes a minimum of three to five years to turn around a failing school/district.” But still, schools in Lorain have seen improvements. “I am the principal of General Johnnie Wilson Middle School, and we have implemented the school turnaround strategies required by the district,” Jefferson told lawmakers. “We have seen an increase in our writing from 0.4 percent to 29 percent proficiency in one school year.”

CEO Hardy also had student-level data that signaled improvement. “This year alone, we will have a 54 percent increase in the number of scholars who will graduate high school with an associate degree and the highest enrollment in our Early College Programming beginning in ninth grade in the history of our district,” he said. “We have gone from three schools with pre-K programming to ten schools with five-star-rated pre-K programs.” There are also indications that the district is improving in other ways. “We moved out of financial caution and have a fund balance that remains steady and a budgetary process that is solvent after eliminating a $700,000 debt that was handed to me in the first thirty days of my job, along with millions of dollars allocated to multiple lawyers every year,” he shared. The best part? “This was all accomplished in the short, twenty-month tenure of our administration after twenty years of mismanagement and disregard for children.”

The law that guides ADC identification and implementation could definitely use some improvements. But having an accountability mechanism in place to spur struggling districts to improve has also proved necessary. Without it, districts have little incentive to change. Places like Lorain still have a considerable amount of work to do. But Lorain’s ADC is contributing to improvement, and it’s critical for state leaders to protect that growth.

“We have to allow the current law to work,” Principal Jefferson told lawmakers as she closed out her testimony. “We are already seeing vast improvement within our data, but I am afraid that you have only heard one side of this story. Our teachers and our scholars are improving, and we need more support from the state level to ensure that this momentum continues here in Lorain.” Amen. 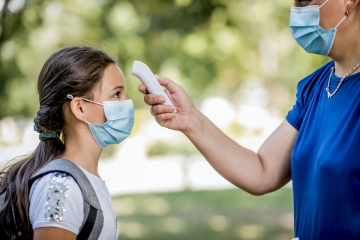